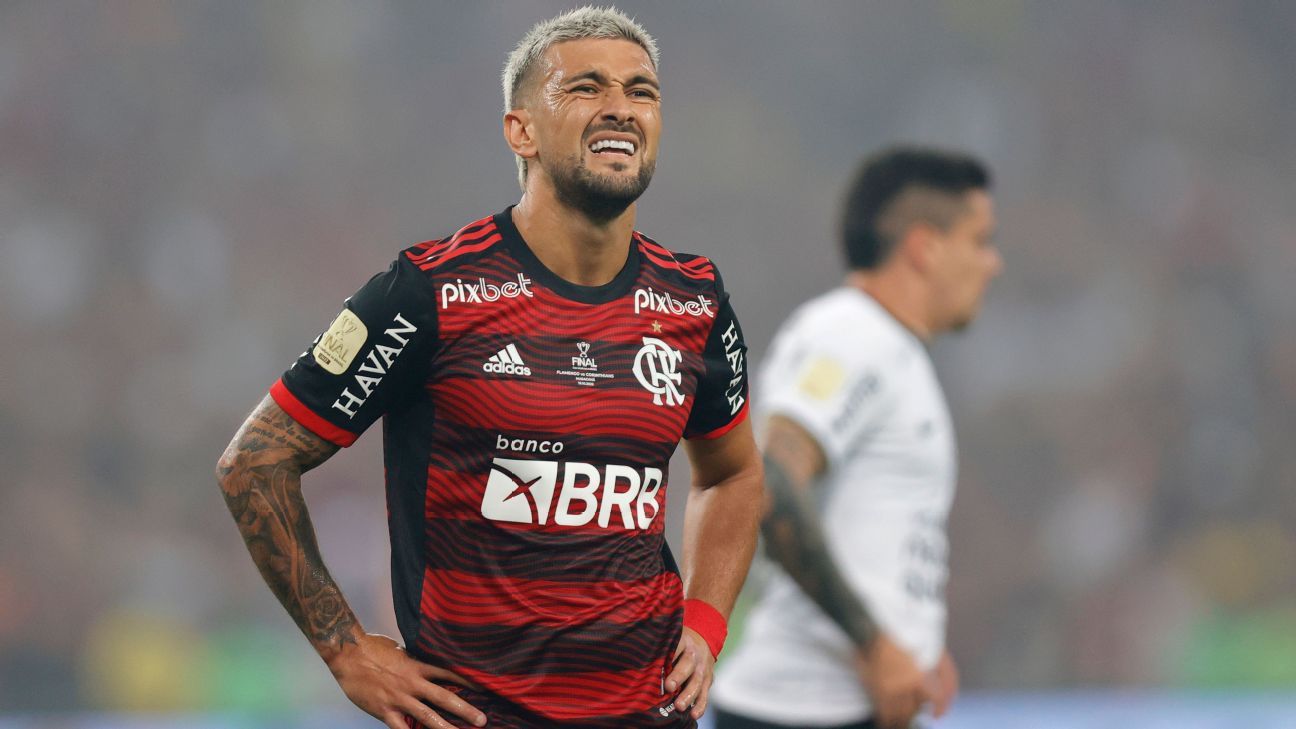 The physical form of arrascaeta has raised concerns within the Flamengo. Substituted in the last matches he was on the field and visibly out of his perfect physical shape, the Uruguayan admitted to being in pain.

This Friday (21), the midfielder spoke exclusively with the report of ESPN and admitted that he has a pubalgia, in addition to talking about the chances of being out of the final of CONMEBOL Libertadores, on the 29th of October. The match will be broadcast on ESPN on Star+.

“Yes. It’s complicated, right. We always want to give our best and sometimes we end up getting in the way a little, because I’m always on the field. So the physical exhaustion, yes… The exam showed that I have pubalgia. But it’s been a long time since I’ve come with this, I’ve been suffering a little. But we were playing important matches, Brazil’s Cup, qualification for Libertadores and I said: ‘I don’t want to be left out for this game, I want to go’. It’s just that semifinals and finals were approaching, and what I want is to be on the field,” he said.

“So we’re trying to take the best way possible to the end of the year, to see how the situation goes. Obviously it’s a very strong job that we want to do inside the club, as well as at home with the physiotherapist. Everything looking for the best for the team. my health and for the team too. And well, after it’s all over, try to go to the Worlds with the Uruguay. We will decide what is best. If on vacation, later, you come back here 100%, without any problem, you will have to undergo some surgery”, he added.

Arrascaeta also gave details of his treatment inside Flamengo, reporting the days he was off the pitch to be treated at the medical department.

“We who play football know that most players play with pain. But also, if you don’t train 100%, you’ll never be able to do your best on the pitch. what I missed the most was the training days, I often stayed inside trying not to get worse. And, well, on the pitch sometimes I feel a little different. But now it’s time to rest and recover well for this final game,” he said.

Flamengo vs Athletico PR will be broadcast live by ESPN on Star+on the 29th of October, at 17:00 (Brasília time)

Previous In October
Next Amazon offers a discount of R$ 13,000