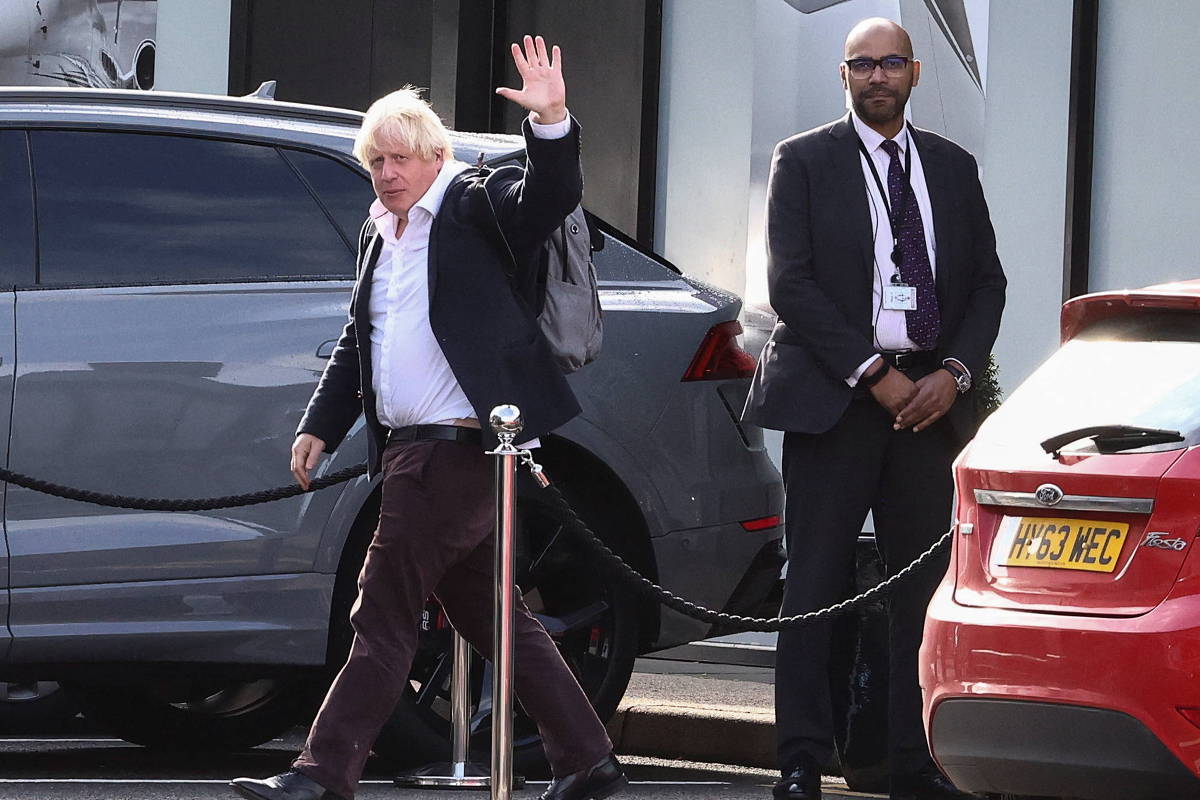 Former Prime Minister Boris Johnson returned to the UK on Saturday for what is speculated to be a bid to return to leadership of the Conservative Party following the resignation of Liz Truss.

The now former prime minister remained in office for 44 days and will remain in office until her replacement next week. Boris, who was on vacation in the Caribbean, has not publicly commented on Truss’ departure.

The next head of the British government will face a series of challenges after Truss’ economic plans fail. Government borrowing costs soared, and inflation levels were the highest recorded in four decades, putting pressure on households and businesses.

According to a Sky News reporter, Boris was booed by some passengers during the flight that arrived in London on Saturday. His tenure lasted three years and ended due to scandals and allegations of misconduct, such as that he lied when he said that there were no parties at the government headquarters during the pandemic period, when meetings of people from different houses in closed places were prohibited.

Commerce Department Minister James Duddridge said on Friday that Boris said he was “ready for it”, referring to a new term as prime minister. He added, this Saturday, that the former prime minister would have guaranteed the 100 support needed in the party to run for office.

However, according to a count made by the Reuters news agency, he would have around 40 nominations. Former finance minister Rishi Sunak, now favorite to lead the Conservative Party, has already passed the 100-nomination mark, according to the same survey.

The government leader in Parliament, Penny Mordaunt, was another conservative to announce her candidacy. However, according to Reuters, she would only have 22 nominations.

Candidates for the head of government must present by Monday (24) the support of at least 100 of the 357 Conservative parliamentarians, and the dispute limit is three candidates.

There will be two votes: the first reduces the dispute to two names and the second serves as an indication to party members which is the preferred option for parliamentarians.