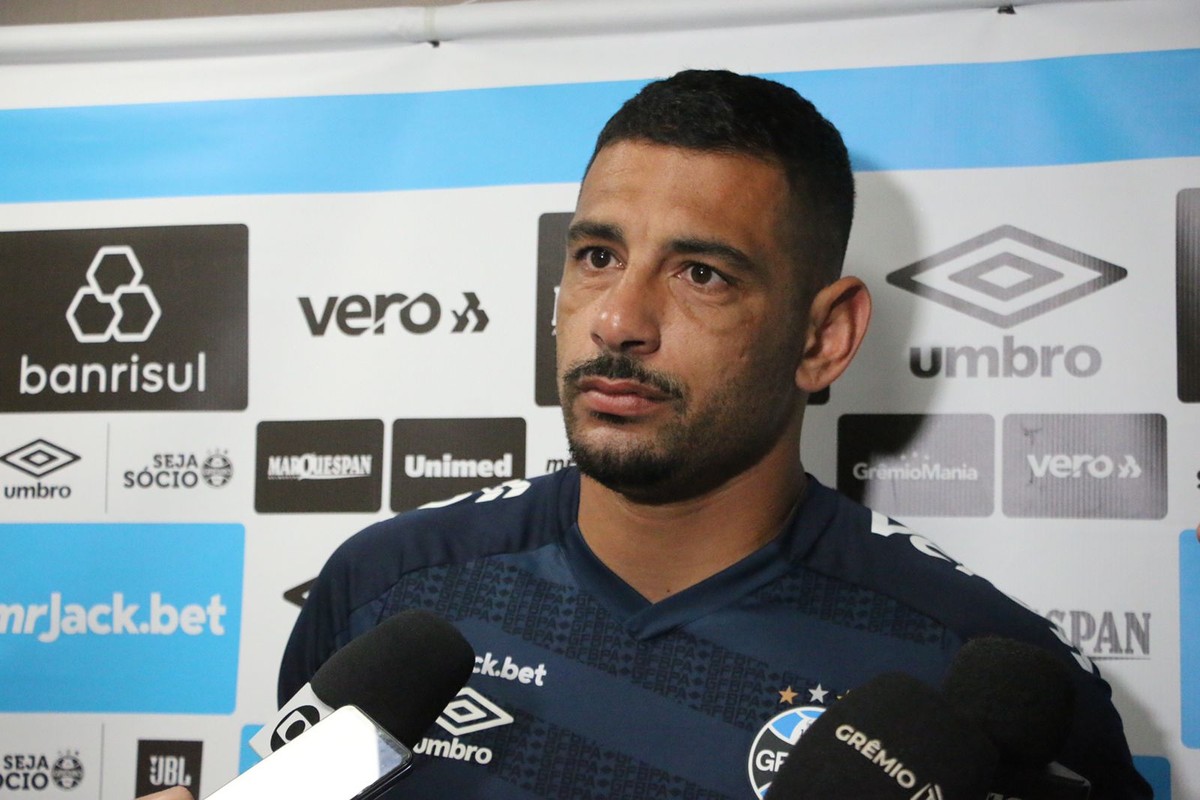 Diego Souza admits pressure from Grêmio against Náutico, but points out “shielding” for access | Guild

In Recife, where Grêmio face Náutico on Sunday, Diego Souza gave a press conference after training at the hotel, at the end of this Friday afternoon. The striker spoke about the shielding of the squad on the eve of the confirmation of access, which can happen in the Aflitos according to other results in the round.

– There is nothing to celebrate yet, we have to work, be focused for another victory. I think that with one more victory we can be in Serie A. With two games to go, opponents have to win them all and a very big fatality will happen. We have this extremely important game that, if it is not in the classification, we will keep the necessary points to have peace of mind for the next games-he stressed.

At 37, Diego Souza is the team’s top scorer this season. There are 19 goals in 41 games this season. In Serie B, he scored 14 times, being vice-top scorer alongside Lucca, from Ponte Preta. In addition, he contributed five assists.

The confrontation in the Aflitos can have a tense atmosphere on the part of the Nautical. The Pernambuco team will be able to enter the field already relegated to Series C. Even so, Diego Souza considers that the pressure is worth more to Grêmio itself, which needs to confirm access.

– Pressure is not only theirs, ours too, as long as we don’t mathematically guarantee access to pressure is all ours, whatever game we may have. Unfortunately they are (Náutico) in a bad situation in the championship, but football has that, every year there are four, our focus is to get there and play a great game to guarantee the arrival in the first division – he said.

This Sunday, he will command Grêmio’s attack again. Beside him will not have Biel, who formed a partnership for most of the championship, as the striker suffered a grade 2 muscle injury in his right thigh. Guilherme is the most quoted to join the team.

Grêmio’s physical trainer, Reverson Pimentel, led a physical training session this Friday afternoon, at the hotel where they are staying. A larger room in the hotel was reserved for players to be able to do the activities.

As for the team that starts the match, Kannemann served a suspension against Bahia and should return to the defense and form a duo with Geromel. Brenno also returns. For the rest, the coach must maintain the same base as the team that had been playing.

This Saturday morning, coach Renato Portaluppi will command the last job before facing Náutico. The coach will train at Arruda, Santa Cruz stadium, and the commander has released the warm-up part to the press.

The teams face each other on Sunday, starting at 4 pm, for the 36th round of Serie B. Tricolor dry Sampaio Corrêa, Sport and Criciúma, who cannot win their games, for a chance to confirm the return to the elite of Brazilian football.