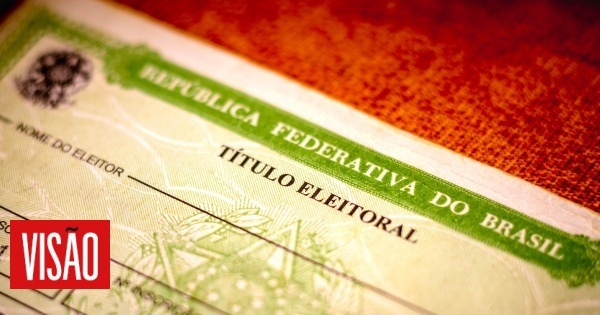 Elections in Brazil: A blind country

Polls (let’s say Carlos Moedas and Fernando Medina in the last elections for the Lisbon City Council) should not be trusted. However, the counting of votes in the first round of Brazil’s presidential elections was even proof of that. Accompanying him was a test of heart resistance for the Workers’ Party militants and a breath of hope for Bolsonaristas.

Several research institutes gave Lula the victory in the first round and, in the best of predictions, Bolsonaro would not exceed 37% of voting intentions.

For the other onlookers who watched the count, it was stupefaction: Jair Bolsonaro led the presidential race most of the time, being overtaken by Lula da Silva only after 70% of the total ballot boxes.

Therefore, it is with some disbelief that one should face the last poll released by the Datafolha Research Institute less than ten days before the last round of elections, in which former president Lula da Silva appears with 49% of the voting intentions and the president Jair Bolsonaro appears with 45%.

Is Lula da Silva guaranteed victory? It does not seem. There are still uncertainties on the underside of the Equator…

The unpredictability of the result made it even more exciting to follow the Brazilian presidential race. Current polls in Brazil are like a Russian roulette wheel: the probability of the projectile being in the cocked chamber is low, but if the shot hits it could be the death of democracy.

A number of factors will determine the outcome of the elections. The first one has to do with a specific characteristic of these presidential elections: it is a matter of militancy that is not partisan, it is personified. This explains the fact that there are only 1% of undecided voters, with 94% stating that they have already decided who they will vote for and that they do not intend to change this decision.

Regardless of the political party of each of the presidential candidates, we have passionate supporters. What’s more, candidates can talk the biggest nonsense, do whatever they want, and supporters will be there ready to justify even the unjustifiable. Well they say that passion is blind.

And speaking of the absence of vision… Lately, when we visit Brazil, it seems that we are in the plot of the movie “In the Blind” based on the book by Josh Malerman.

In the film, the character played by Sandra Bullock tries to survive in an apocalyptic world invaded by invisible monsters, whose goals are to make people commit suicide or turn themselves crazy, trying at all costs to make the survivors look at what cannot be. visa.

Bolsonarismo and Lulismo militants desperately try to convince each other. Both parties refuse to see anything beyond their convictions and seem to be engulfed in a hallucinogenic smoke that completely blinds them. Any contrary opinion must be eliminated.

The result: a divided country, dominated by militants who physically and verbally attack each other, with no respect for individual freedom of choice. Common sense died and Brazil was divided.

However, there are still those who are ashamed. The outcome of the elections could also be determined by the votes that, in public, are “silenced” – the so-called shamed vote. The rejections of Bolsonaro and Lula make some voters hide their voting preference, for fear of being victims of harassment or electoral violence. Such citizens avoid taking a public stance, but identify with one of the candidates and will not excuse themselves from expressing their convictions at the polls.

The embarrassed vote may have been responsible for an underreporting of voting intentions for Jair Bolsonaro in the first round of the presidential elections and could define the election on October 30th.

Finally, in an electoral campaign marked by questions about the reliability of electronic voting machines, accusations of fraud in the vote counting system and the spread of fake news, the capacity for resilience and the acceptance of the results by the losing party (and its supporters) will be essential for the unity of the nation and for the fight against the structural problems that Brazil faces.

In this way, the results of the elections (fair and transparent, until proven otherwise) will also be determined by the acceptance of their results, a corollary of a democratic rule of law. What is at stake is the civilizational model of society that one wants to carry out in Brazil and not just a position of presidency of the republic. It is well known that extremist positions are very similar in terms of the little appreciation they have for democracy.

Legião Urbana, a famous Brazilian band in the 80s, had a song that said “Nobody respects the Constitution, but everyone believes in the future of the nation… What country is this?”

Who lives will see.

The texts in this section reflect the personal opinion of the authors. They do not represent the VISION or mirror its editorial positioning.

Previous “Russia has no chance of winning this war,” says Zelensky
Next Charles Do Bronx is submitted by Makhachev at UFC 280, loses after 5 years and sees the end of his lightweight reign