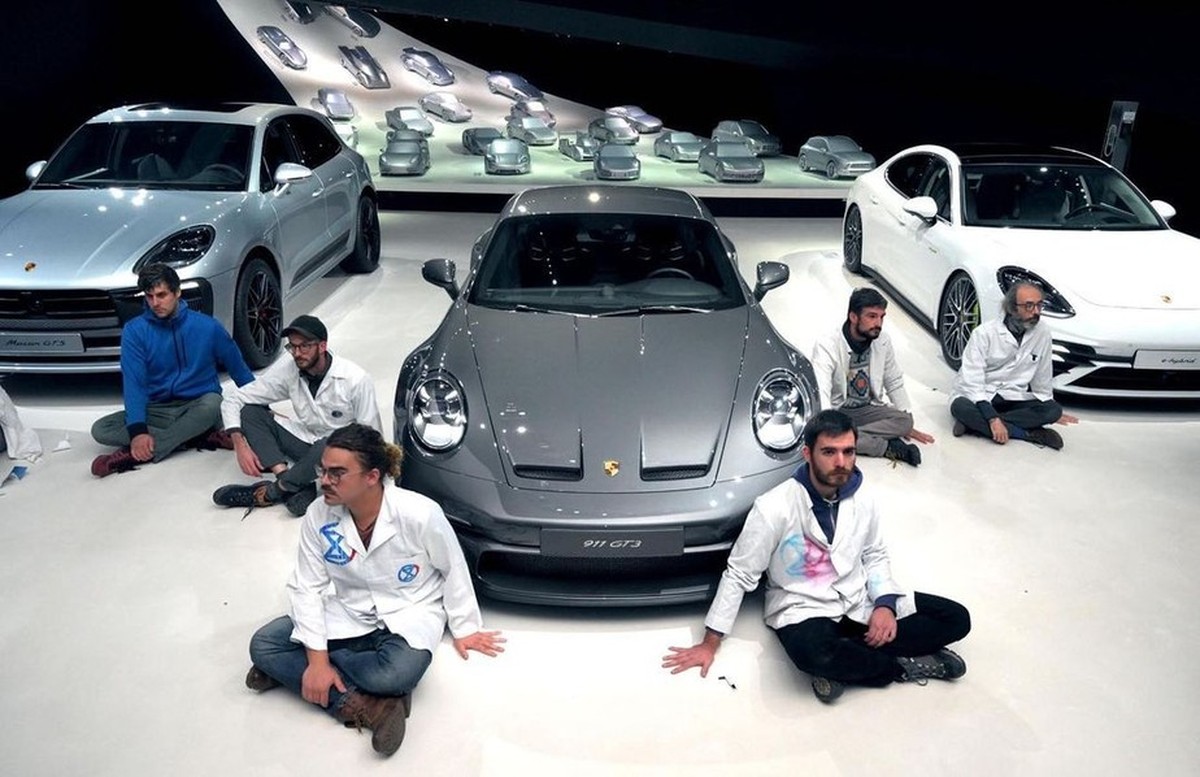 In a post by the group, activists appear glued to the ground in the Porsche pavilion during the segment’s event in Wolfsburg, Germany. According to a publication on a social network, the original plan was to remain in the position until Oliver Blume, CEO of the automaker, spoke to them. According to a statement from the organization, 15 people participated in the total demonstration, nine of them glued to the ground. On Thursday morning (20.10), a new post detailed that the group had been in the position for almost a day (below).

“We do this because we live in an emergency. [climática] and we need to act accordingly”, comments another publication in detail. For the meeting with the CEO, they planned to request a “speed limit for 100 km/h cars in Germany, which would immediately reduce emissions of harmful gases to the environment. by 5.4 million tons annually”, the group details in a post.

The group is formed by a network of scientists and supporters from different backgrounds who organize themselves to act in favor of the environment in the face of emergency issues related to climate change.

This content was developed by Glam. Read more articles on the environment and sustainability from the perspective of Glamor at One Planet.