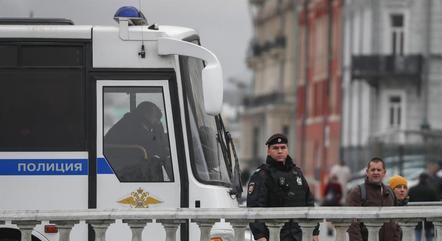 The city of Moscow has begun to prepare air-raid shelters in schools, hospitals and apartment buildings, according to the local press on Saturday (22).

The news channel “Podyom” wrote today on its Telegram account that in Moscow, employees of specialized companies indicated that the work is being carried out in the city center.

“I work for a company that provides electricity, plumbing and sewage services to schools and day care centers. Of course, no one showed us a written order, but we were told verbally that everything had to be in place for the bomb shelter to work,” one of the workers said. mentioned by the channel.

According to this source, the company is preparing sewage drainage and installing electricity in four schools in the center of the capital.


According to the channel’s sources, the state of the inspected facilities is “careless”.

For its part, the independent media “Sota” also stated last Wednesday (19) that the Moscow Education and Health Departments had ordered the equipment of air-raid shelters in their institutions, according to some of their subscribers.

On the same day, citing a source in Moscow medical circles, he noted that the city’s hospitals are equipping operating rooms in bomb shelters located next to the clinics.

The Department of Health labeled this information as false.

The day before, the media outlet “Baza” also wrote on its Telegram channel that several hospitals and clinics in Moscow had begun to prepare shelters in the basements.

Already on October 14, “Sota” reported that one of the Moscow residents’ associations had notified residents about the preparation of bomb shelters to “receive people”.

The notice said that “measures to increase the readiness of collective protection measures” are being carried out after a meeting attended by Moscow’s Deputy Mayor for Housing and Community Services, Petr Biriukov.

In addition, on Friday, the portal “The Village”, citing a source in the mayor’s office of the capital, reported that the Moscow Department of Social Protection had ordered the development of signs for air-raid shelters.

Recently, Moscow City Duma deputy Yevgeny Stupin asked the capital’s authorities to provide him with the addresses of air-raid shelters in the areas where his constituents live.

However, the city government responded that it was confidential information, according to the independent portal “Meduza”.