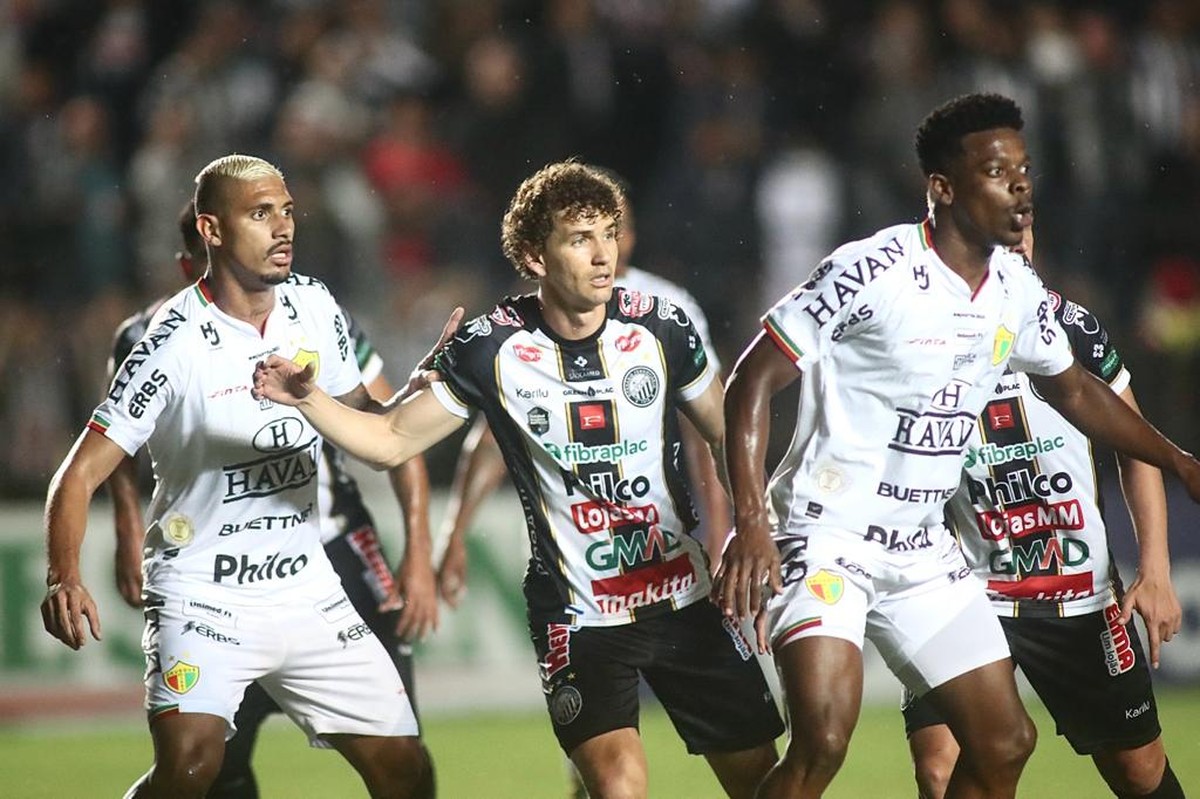 Operário-PR, Brusque and Náutico are relegated to Series C with two rounds of anticipation | Brazilian series b

PR worker, brusque and Nautical are relegated to Série C do Brasileiro. The three had their falls mathematically defined this Friday, with two rounds of anticipation.

Chapecoense’s victory over Tombense, 3-2, at Arena Condá, early this Friday night, has already decreed the relegation of Náutico and Brusque. In addition, Operário-PR fell after losing 2-1 to CRB, at Rei Pelé.

The combination of results started on Tuesday, with Novorizontino’s draw with Brusque himself. The São Paulo team is now the first above the Z-4, with 41 points, and can no longer be overtaken by the trio. Remembering that Náutico, lantern of Serie B, only plays on Sunday, against Grêmio.

With two rounds to go, the dispute to define the last relegated is between CSA, Novorizontino, Chapecoense, Tombense and Vila Nova. One of them will drop to the C Series and close the Z-4.

CSA opens the relegation zone, in 17th, with 39 points. Novorizontino has 41, Chape has 42 and Tombense has 44. Vila Nova, with 45 points, is still playing in this 36th round, against Bahia, at Arena Fonte Nova.

Among those already relegated, Náutico leaves Serie B after three consecutive years in the competition. Brusque stayed two seasons, while Operário-PR was in the second division since 2019 and added the first relegation in the Brazilian.

Previous ‘Avatar’: Zoe Saldaña reveals how she landed a major role in the biggest movie in history
Next Hit on Record, Quando Chama o Coração is renewed for 10th year

This is the online version of the newsletter To Start the Day sent today (09). …