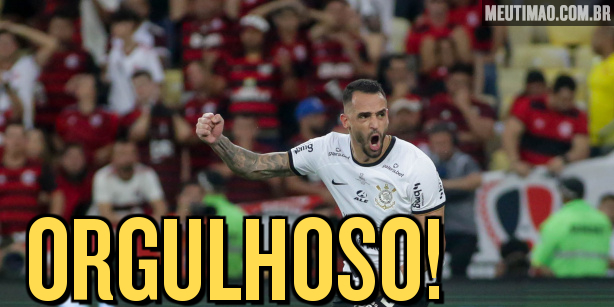 After losing the Copa do Brasil title on penalties to Flamengo, Renato Augusto used social media to comment on the game. The midfielder regretted the defeat of Corinthians, said he was proud of the team and highlighted Fiel’s support.

Next to a photo in which he appears crying, the number eight begins the text regretting the runner-up and the final script. Renato also showed pride in the whole group during the 90 minutes at Maracanã – see full post below.

Then, the idol of Timão commented that the athletes honored the white mantle and the Corinthians fans. Finally, the midfielder highlighted the support of Fiel that was present in Rio de Janeiro and the rest that supported in other ways. In addition, he said he is ready for the next challenges ahead.

Renato Augusto was a key player in Corinthians’ growth in the season, being featured in the rankings against Atlético Goianiense and Fluminense, in the quarters and semifinals of the Copa do Brasil. This year, the 34-year-old has played 46 games, scored five goals and provided eight assists.

Now, Renato and his companions face the remaining seven rounds in the Brazilian Championship. The first match takes place this Saturday, at 7 pm, against Santos, in Vila Belmiro.