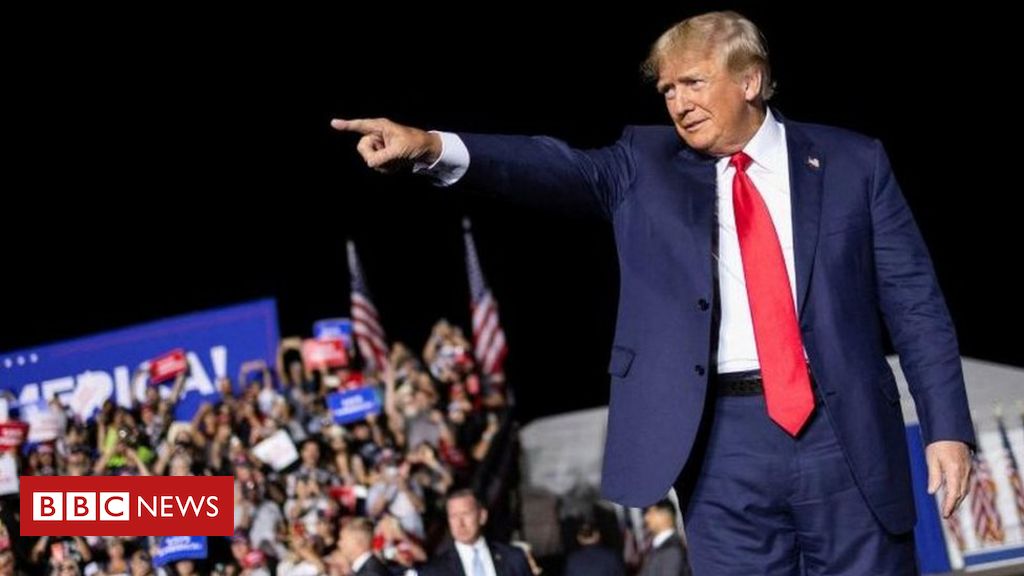 The US Congressional special commission investigating the 2021 Capitol riot has issued a legal subpoena ordering former President Donald Trump to testify to lawmakers.

Addressing Trump, the subpoena reads: “You were at the center of the one and only effort by any President of the United States to subvert the outcome of an election.”

It continues: “Did you know that this activity was illegal and unconstitutional.”

Trump could face criminal charges if he fails to comply with the subpoena.

The commission is looking into the violent attack by Trump supporters on the US Congressional building, which took place on January 6, 2021.

The seven Democrats and two Republicans on the panel voted unanimously last week to force the Republican to testify about his role in the riot.

Lawmakers say Trump urged his supporters to reject the 2020 presidential election result, prompting them to storm the halls of Congress in an effort to prevent Joe Biden from being certified as the winner.

They say their false claims of voter interference and arguments that the election was “stolen” were an attempt to instigate a coup against the US government.

However, they have not yet forwarded requests to the US Department of Justice for Trump to face potential criminal charges.

The subpoena came just hours after former Trump strategist Steve Bannon was fined $6,500 and sentenced to four months in prison for contempt of Congress.

He was convicted after refusing to provide testimony or documents to the commission investigating the January 6 events.

If Republicans regain control of the House of Representatives after the midterm elections in November – which is expected according to current polls – the commission’s work will come to an end and the panel will be dissolved.

Trump – who has criticized the inquiry as a strategy designed to distract American voters from the Democratic administration’s “disaster” – must refuse to testify and challenge the subpoena.