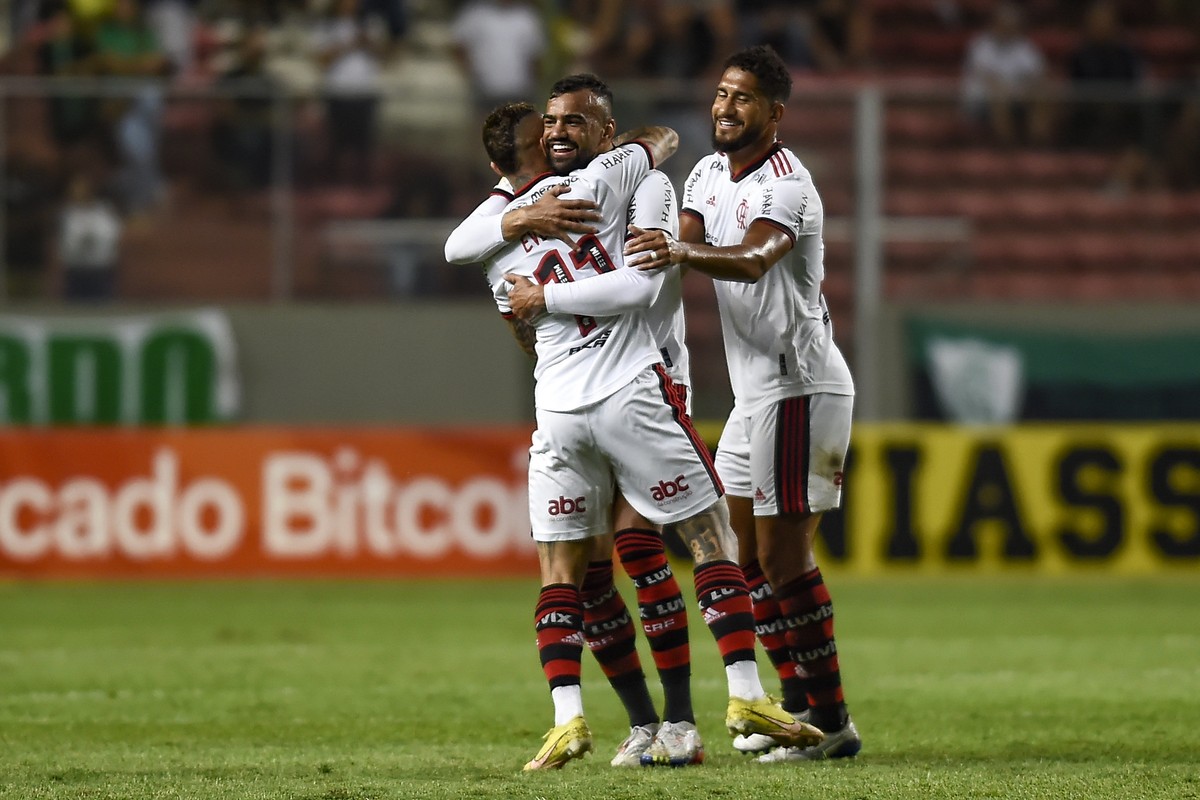 The celebrated “Flamengo das Copas” had someone to look up to this weekend. “Flamengo do Brasileiro” turned a friendly game into confidence and hope that Dorival Júnior can increasingly bet on his reserves for the Libertadores final. He dominated América-MG from start to finish in his territory and won 2-1. And he showed off his repertoire.

Everton Cebolinha, Matheus França and Fabrício Bruno proved to be good assets to change an eventual truncated confrontation in Guayaquil, but not only the three did well.

Reserves on the rise give Dorival Júnior peace of mind for the current end-of-season scenario, with players showing physical wear and the consequent need for substitutions throughout the games. They are fundamental especially after a final of the Copa do Brasil in which Flamengo showed difficulty in killing games.

The first dangerous play of the game showed the main offensive figures: Victor Hugo threw in depth, Cebolinha advanced and played for Matheus França to kick with danger. The last two were highlights of the team at Independência, and another, even oscillating, reaffirmed that he is capable of breaking lines when he enters the game.

At that point, Flamengo, even with the B team, indicated that they would do justice to the incessant cries of “champion”, sung by the warm-up team at the final whistle of referee Jean Pierre Gonçalves Lima. He dominated and knew how to seek the attack on different fronts.

If the “Team of the Cups” has insisted on building through the middle, “Flamengo do Brasileiro” explored the ends very well. With support from the sides, Everton Cebolinha, who was the best on the field, and Marinho were able to reach the bottom line frequently.

They also had depth due to good communication with Matheus França, a crucial figure in the victory, and also in the face of sporadic but important appearances by Victor Hugo.

When Victor appeared, he would soon fit a ball into the future spot for the forwards to exploit. It is true that he was more present in the second half. 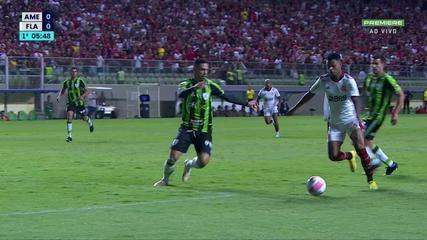 From 9:30 to 10:13, Flamengo swung the ball from one end to the other with seven players and reached the baseline after a table between Marinho and João Gomes. The first threw it over the trivela, and the other tried the cross and got a corner. Marinho hit, Matheus França anticipated and headed in the back of the goal.

Patience was expressed in the figure of Marinho, an acute player who usually speeds up the game. Within those 43 seconds of the ball circling America’s area, he had two simple pass options on the right wing when Matheuzinho and Matheus França came forward. He took it easy, stopped, thought and started. From so much planning, Flamengo scored.

If the author of the assist for the goal had an advantage against Danilo Avelar on the one hand, Cebolinha lay in Cáceres on the other. He excelled so much, he scored for the second consecutive game in the Brazilian. It is true that his markers gave space, but Cebolinha, for his speed and confidence, conquered the angle he wanted to hit with the desired force and put Flamengo ahead.

Ah, we’re not talking about America’s goal. But it is important to treat it as a detail. He left in a play in which there were wrong decisions made by the defense and ended up being validated in an interpretation bid by Jean Pierre. For the rest, Coelho arrived in a counterattack in which Everaldo stopped Hugo and a shot to the right of the goalkeeper that VAR would probably call for review after an unmarked foul on João Gomes.

Final stage without goals, but with animation

As the game had a friendly face for Flamengo, a goalless second half could suggest a warm duel. This did not happened. While he had his breath, Cebolinha continued dribbling and finding interesting passes. One of them Victor Hugo did not take advantage of. Shortly after, it was Everton himself who hesitated and retreated to goalkeeper Matheus Cavichioli after Marinho’s great pitch.

The stage also served to awaken Victor Hugo. If he was dispersed in the first half, he was the one who created the main chances in the middle with his wide strides and accurate passes. He passed through markers with ease that allowed him to sometimes reach the bottom and sometimes appear in the half-moon to serve Marinho – a shame that shirt 31 isolated an excellent opportunity.

But it is also not fair to refer only to the unfortunate kick. Marinho continued to dribble a lot in the second half. He was impressed with how he managed to make the machete and load from the tip to the middle both to try kicks and to clear for Cebolinha on the left.

Matheus França, in addition to the goal, ended the first stage as Flamengo’s greatest disarmer. In the second half, he often gave options, took off the letter pass at the end and appeared to finish. He is increasingly comfortable centered and has definitely passed Mateusão, who is a center forward.

Fabricio Bruno and the defensive system

Why did we mention Fabrício Bruno at the top of the article and we still haven’t talked about him? Simply because he was the one who avoided possible danger moves from America. He didn’t need to save balls over the line or line up tackles. He killed the play based on ball time, speed and recovery.

Wellington Paulista didn’t even return for the second half after being ruled out by Fabricio. In the air game, he also had a lot of prominence and always appeared as an option for the long pass. He is not a starter because David Luiz and Léo Pereira live a bright moment, but the Contagem from Minas Gerais increasingly reinforces how much Flamengo was right to take him from Bragantino.

Pablo, who formed defense with Fabrício, also made a safe start. Perhaps the half-moon strike during the construction of América was not the most successful, but otherwise he fought efficiently and stepped into the offensive field to help Flamengo push their opponent.

The sides also played an important role. Ayrton Lucas, recognized offensive player, once again appeared well in the marking. Matheuzinho, in turn, had a balanced performance and gave Marinho opportunities to go to the bottom.

This quartet, by the way, had the good protection of João Gomes. Nor did he make his best games, but once again he ended up as the team’s tackle leader and proved to be a strong starter for Dorival Júnior.

Alternatives for the Libertadores final

If Flamengo couldn’t be dominant in the finals with Corinthians, what won America was. Had more volume, shots (15 to 9), ball possession (56%) and repertoire variation.

If the callus tightens against Athletico-PR, Cebolinha looks ready to change games and pierce barricades. If defensive midfielders are missing, David Luiz can be advanced for Fabrício Bruno to line up in defense with Léo Pereira. If youth is needed, Matheus França and Victor Hugo are also available.

There are six days left for the Libertadores final, and the red-black who likes to play coach at home has plenty of alternatives to design scenarios while dreaming of the expected tri of the competition. For those anxious and anxious about the decision, the victory over America was an exciting pastime.