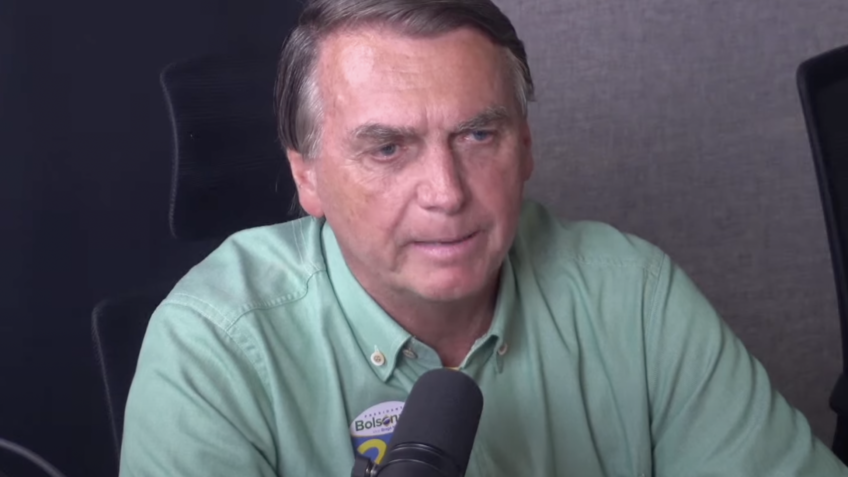 Bolsonaro appeals against null vote in “live” with Neymar

The president and candidate for re-election, Jair Bolsonaro (PL), appealed this Saturday (22.Oct.2022) against null and white votes. In a video call with the player Neymar, he also asked the undecided to vote for a candidate in the 2nd round, on October 30.

The PL candidate promotes a “super live” 22 hours long. The live broadcast started at 5 pm, with the participation of the athlete of the Brazilian team and will feature other personalities, such as former judge and senator elected by Paraná, Sergio Moro (União Brasil), and pastor Silas Malafaia.

“We have seen here in some countries in South America that the number of people who cancel their vote or will not vote is very large. It is a really decisive percentage. I appeal to you to decide. I’m not even saying vote for me. Vote yes or no, for this or that candidate.”said.

“If you study a little, I obviously know which side you will vote for, which number you will press […] you, the youngest, who wants to vote, take your grandfather, your grandmother”, completed.

“Who is the economy minister of the other candidate? He doesn’t have, doesn’t speak. What will his political-economic line be? More State? Less State? More liberal? Will you want to create more state-owned companies? Privatize one thing or another? We don’t know. It’s a black box,” he said in the live stream on his YouTube channel.

“[Lula] He completely lost his identity, he lost the notion of the size of Brazil, the responsibility he has. In addition to economic issues, family values. He is a candidate who has already preached the legalization of drugs, a question of gender ideology”, said.

Bolsonaro again said that Lula defends the creation of unisex bathrooms, which would be shared by boys and girls in schools.

The PT has already denied the president on this matter. He claimed stories spread by opponents that, if elected, he would mandate that public restrooms be unisex, “It can only have come out of Satan’s head.”

Participated in this Saturday’s broadcast, until the publication of this report:

The RCX Group is a group of investors that seeks to leverage startups. The company was founded by entrepreneurs Paulo Bau and Caio Lima, investors in the financial market. The 2 welcomed the president and his allies.

Bolsonaro participated in the 1st hour of the live Saturday, which will continue for 22 hours with the participation of allies and personalities who support the reelection of the Chief Executive. On Wednesday (Oct 19), the president declared that his team was preparing material that consolidates proposals from his government plan into 22 items. The expectation is that the material will be published in the “super live”.

“I will participate in the 1st hour of the live, it will last 22 hours. Participate, at least in the beginning, is very important. Let’s hear Neymar, personalities from all over Brazil”, he said in the interview with SBT and to pool with 5 other press vehicles: CNN Brasil, Estadão/Eldorado, Veja, Rádio Nova Brasil and Earth.

The broadcast was released with a focus on Neymar’s participation. The player of the Brazilian team and Paris Saint-Germain said that he will honor Bolsonaro in an eventual 1st goal in the 2022 World Cup.

He said he hopes for the reelection of the Chief Executive and that he will do the “22” in the commemoration, in reference to the Liberal Party number, used by Bolsonaro at the polls.

“I am very happy to participate in this live, to face, to not be afraid to fight, as our president does. I am available, supporting our president, because we know what is best for our Brazil”.

On September 29, soccer player Neymar Jr. declared support for Bolsonaro. This week, the candidate also met with country music artists. Singers Gusttavo Lima, Leonardo, Chitãozinho, Zezé de Camargo and Marrone declared their support for the Chief Executive in his dispute for the Planalto Palace against former President Lula, on October 30th. Some singers must participate in the “super live”.

The attacker mentioned this Saturday the rape accusation suffered in 2019. He did not directly cite the case, but said that it was “the most difficult moment” of his life and that Bolsonaro was the 1st to publicly defend it.

“I wanted to thank the president, he was the 1st to take a public stand, saying he would be by my side. When I saw what was happening, I felt in my heart that I should also return this affection. Without even knowing me, we hadn’t even spoken, met in person. He put his chest in front, his face, being judged and all. He believed me. I’m doing the same.”

Previous find out which films Globo is showing this week
Next Why, despite being the protagonist, Emmy Rossum left Shameless?