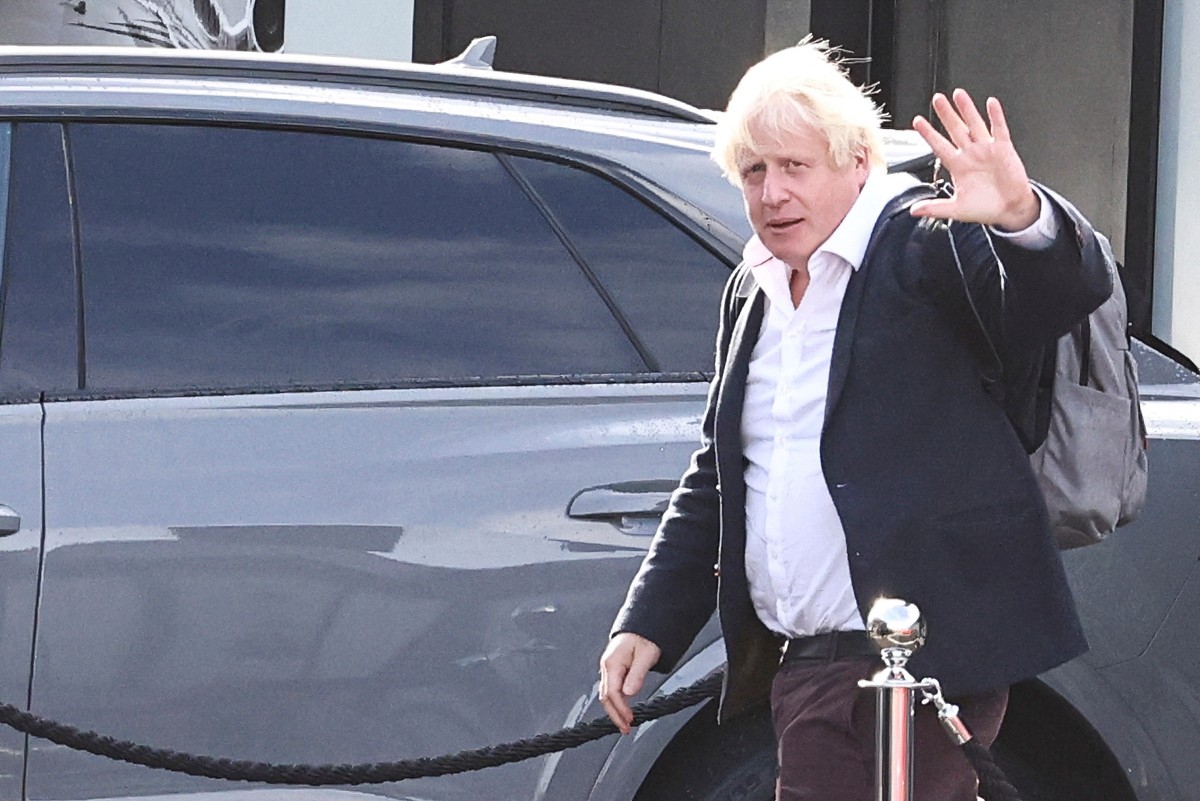 Former UK Prime Minister Boris Johnson announced on Sunday that he would not run for the leadership of the Conservative Party, which would take him back to the post of prime minister after his successor, Liz Truss, leaves.

According to Johnson, despite having the necessary support for the race, he concluded that “it just wasn’t the right thing to do”, as “you can’t govern effectively unless you have a united party in Parliament”. The former prime minister interrupted his Caribbean vacation and returned to London on Saturday (22) amid the dispute.

This leaves the way clear for Rishi Sunakfavorite to succeed Liz Truss as head of government, barring unforeseen circumstances. Sunak was finance minister during Boris Johnson’s period at the helm of the country. (read more below).

After the resignation of Liz Truss on Thursday (20), a race began to seek support to run for the post of Prime Minister of the United Kingdom. By the rules of the next internal election, to be a candidate you must be nominated by at least 100 MPs from the Conservative Party, which has a majority in the British chamber.

According to the BBC, the former prime minister said he had the support of 102 Conservative Party MPs to enter the race. The network also learned on Sunday that Rishi Sunak already had the endorsement of 146 party members, even before Johnson’s departure was announced. The other competitor, Penny Mordaunt, would have gathered less than 30 supporters so far.

The Conservative Party is in a hurry for a new prime minister, who must lead a country mired in the highest inflation in 40 years.

“It’s a humiliating descent for Boris Johnson and all the Conservative members of Parliament who wanted to get him back to Number 10,” Liberal Democrat leader Daisy Cooper said, referring to the prime minister’s official address on Downing Street in London.

Briton Liz Truss resigned as leader of the Conservative Party and prime minister of the United Kingdom on Thursday (20), reopening elections for the post. The last election had been set just over a month ago, on September 5th.

To choose who will replace her, an internal vote will be taken by the leadership among the members of the Conservative Party. As they are the majority of the British Parliament, they are the ones who define who will be the prime minister.

Unlike the process to replace Boris Johnson, which took around three months, the new leader of the British government will be defined much more quickly, being announced until the 28th of October. See the rules below:

Former finance minister Rishi Sunak remains first in the race for leader of the Conservative Party in the UK (Photo: John Sibley/Reuters)

If chosen, Sunak would be the first Indian-born prime minister of the United Kingdom. His family migrated to Britain in the 1960s, a period when many people from the former British colonies came to help rebuild the country after World War II.

After graduating from Oxford University, he later went to Stanford University where he met his wife Akshata Murthy, whose father is Indian billionaire NR Narayana Murthy, founder of Indian outsourcing giant Infosys Ltd.

Sunak first came to national attention when, at 39, he became finance minister under Johnson once the pandemic hit Britain, developing a license scheme to support millions of people through multiple lockdowns.

“I served as a chancellor, helping to steer our economy through the most difficult times,” Sunak said in a statement on Sunday. “The challenges we face now are even greater. But the opportunities – if we make the right choice – are phenomenal.”

Despite polls showing that Sunak is more popular in the country, he remains deeply unpopular with much of the party affiliation after he was blamed for toppling Johnson.

The Minister of International Trade, Penny Mordaunt, during the campaign for the post of Prime Minister of the United Kingdom (Photo: Henry Nicholls/Reuters)

In the previous election, which Truss won, Penny Mordaunt came in third. She was the first to announce that she would try to run again. Despite only having the declared support of a few deputies, she said she was still in the race to win.

“I’m very confident about the progress we’re making. I tell you guys I’m in it to win,” Mordaunt said in an interview.

A former Secretary of Defense, Mordaunt was a passionate advocate of leaving the European Union. Mordaunt won praise for her performance in parliament on Monday, as she defended the government even as she reversed most of her policies.

One MP described Mordaunt as having “broad appeal”, referring to his ability to find friends in the party’s various tribes. If she doesn’t get at least 100 supporters, she won’t even enter the race.

Previous THIS is the hottest profession in 2022; check out!
Next Anna Kendrick reveals secret Pitch Perfect WhatsApp group