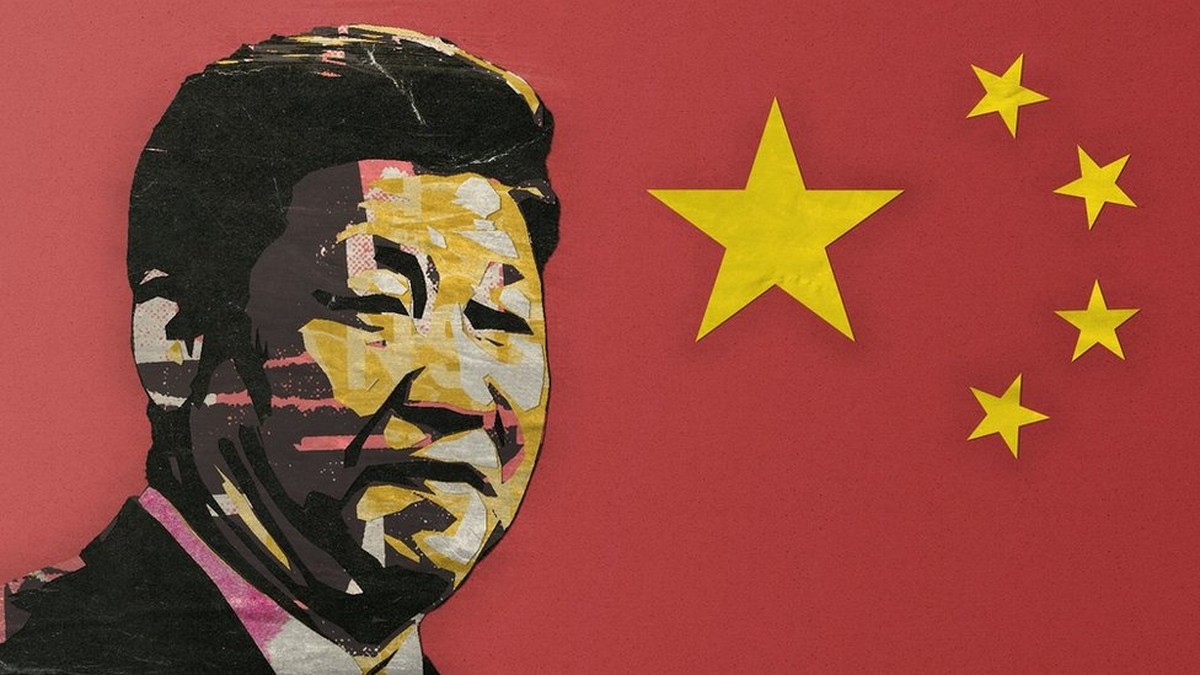 China has the world’s attention like never before — especially now that Xi Jinping was re-elected at the 20th National Congress of the Communist Party this Sunday (23/10) — but its politics remain as opaque as ever.

Decisions are largely made behind closed doors and often publicized through cryptic announcements. Thus, the workings of the Communist Party of China and the motivations of its leader, Xi Jinping, are difficult to decipher.

But the party’s propaganda, despite its dry words, offers clues to the aims of China’s most powerful leader in decades.

Congress gave Jinping a third term, something no leader since Mao Zedong has achieved.

The BBC explored the People’s Daily, the largest state-run newspaper, to identify key words that define the direction of Xi Jinping’s command.

The concept of a “core” of leadership was first used by Mao Zedong (1893-1976), one of the founders of the Chinese Communist Party and the first leader of the People’s Republic of China.

He coined it in the 1940s, before the party took control of China in 1949. It was a time when Mao was consolidating his power within the party by purging opponents. Historians see this period as the beginning of Mao’s personality cult.

The term began to appear in relation to Xi in 2016, and has since become increasingly common.

Before taking office in 2012, three of his four predecessors were crowned the “core” of the party: Mao, arguably the most powerful leader in modern China; Deng Xiaoping, who opened China to the world; and Jiang Zemin, who oversaw this crucial transition between the 1990s and the 2000s.

Hu Jintao, Jiang’s successor and Xi’s immediate predecessor, was never referred to as part of the “core” of the party. He was seen more as a consensus builder and less as a strong man. In his period of power, the conception of leadership as something collective, inaugurated by Deng Xiaoping, was considered the norm — or so people thought.

Given Xi Jinping’s rapid concentration of power, his presenting himself as the current “core” of the party was the natural next step, analysts say.

The party, adds Bandurski, is now clearly moving towards much more personalized leadership and rescuing the cult of personality.

The Cultural Revolution, when a paranoid Mao effectively spurred violence against anyone deemed a traitor to the revolution, brought years of revolt to China — and the slogan “make sure the red country never changes color” was a deadly call to China. action.

But China’s exaltation as a “red country” waned in the years following Mao’s death, as China embarked on economic reforms that gradually opened it up to the world. The phrase almost disappeared before Xi came to power, because the party had by then withdrawn from people’s everyday lives.

Between 1980 and 2012, the term “red country” can be found less than 20 times in the pages of the People’s Daily. But it certainly came back: last year alone, it appeared 72 times.

“The resurgence of the term is a reflection of how Xi wants the Communist Party to be the central force in Chinese politics and society,” says Neil Thomas, a senior China analyst at consultancy Eurasia.

Xi has repeatedly urged compatriots to “introduce red genes into their blood and heart” so that “the red country can be passed on for generations”.

The party has clearly returned to occupy all spheres of people’s lives, and the return of the “red country” is not the only evidence of this.

Private companies operating in China are required to establish their own branch of the Chinese Communist Party. Even Buddhist monks last year took part in a quiz on the party’s history, marking its 100th anniversary. Movie theaters are now dominated by patriotic films.

“Xi Jinping is a true believer in the party’s mission and its role in China’s national rejuvenation,” says Thomas.

That mission, he adds, includes “replacing China in what he sees as a historically prominent position, as one of the most prominent powers in the world.”

The term “anti-China forces”, normally used to criticize the West and its stance on China, has been around for decades. However, it has been revived as China’s relations with the West, and especially the United States, deteriorate.

Until then, the term’s appearance in the People’s Daily was uncommon, but it increased occasionally — usually when Beijing had a disagreement with Western countries.

Many of the slogans in Chinese state newspapers have their origins in Mao’s government — Photo: Getty Images via BBC

Nationalism in China is on the rise. Anyone who criticizes the government can be seen as “anti-China”, and people are encouraged to report this stance to the authorities.

Negative demonstrations about China are seen as obstacles to its interests, says Bandurski. For example, Beijing often accuses Washington of trying to contain Chinese power.

Labeling any opposition as foreign is also an effective way to attack opponents or rivals.

The word “struggle” goes back to Mao, who often used it to mobilize people. During the Cultural Revolution, “fighting sessions” saw people labeled “enemies” humiliated and often violently attacked by mobs of Mao supporters.

Xi appropriated the term “great struggle” and made it a popular buzzword. In 2021, the term appeared in People’s Daily 22 times more than in 2012, when Xi came to power.

It’s a way to evoke Mao’s time and appeal to the Communist Party’s roots, according to Zeng Jinghan, a professor specializing in China and International Studies at Lancaster University.

It’s an expression increasingly used to address the challenges facing China — both internally and externally, whether to refer to the pandemic or the “anti-China forces” blocking its path.

The “big fight” is also a sign of a “confrontational attitude” to face these challenges, says Thomas.

“And it’s a mobilization tool to inspire loyalty and confidence that the party, under Xi’s rule, can overcome these challenges.”