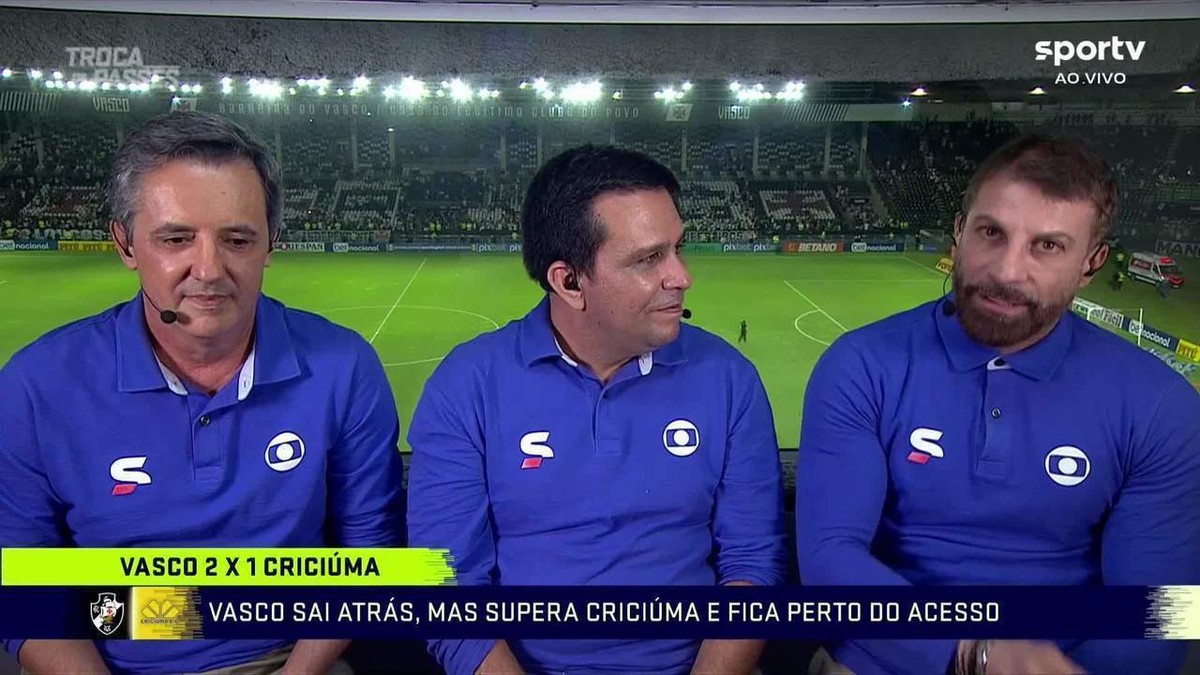 The former Vasco Pedrinho player, now a commentator for TV Globo and SporTV, was moved by the turn of the cariocas over Criciúma, in São Januário – 2 to 1, goals from Nenê and Fabio Gomes. After the tiebreaker goal, he choked his voice and explained, in Troca de Passes, the reason for the emotion.

In front of about 20 thousand people in São Januário, the result took Vasco from fourth to second place, with 59 points, one ahead of third place, Bahia, and fourth place, Grêmio (who still plays this Sunday) and five ahead of Ituano, fifth place.

– I was really excited. Remembering that I always broadcast in a very professional way. But I was very touched by everything I lived here. We know everything that Vasco fans have been suffering from bad management, being mistreated in the harsh sense of bad organization, and the fans are passionate. And in the field, Vasco didn’t answer. Today, (Carlos Eduardo) Lino defined it well, saying that the crowd made Vasco take a very important step towards access. Criciúma was better the entire game. A team that came to the front organized, creating good alternatives. With Hygor I could have killed the game. (Marcelo) Raed drew attention very well. In that Nenê goal, the atmosphere changed, because Vasco was anxious. Jorginho even charged the fans – recalled Pedrinho.

– My emotion is because I lived here. I often slept here under the bleachers. So it’s cool 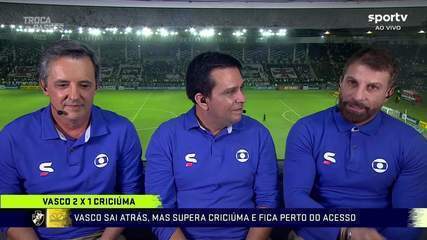 “I get very emotional”, says Pedrinho about the proximity of the access to Vasco

Nenê vibrates with Vasco’s first goal in the turn over Criciúma: 2 to 1 in São Januário — Photo: André Durão

With two rounds left to the end of its participation in Série B 2022, Vasco stamps the return to the first division if they beat Sampaio Corrêa, next Thursday, at 20 pm, in São Januário, again. Vasco ended the competition against Ituano, but this time away from home, in São Paulo.

– Gigantic victory. It’s a victory for the whole group. We showed that Vasco is a family. At the time of the most difficult moments, who was on the field, who entered, who stayed there, who did not go to the game and was in the locker room… We know the greatness of this club and this crowd also saw that we were really in a difficult game, played against a very competitive team of theirs. But thank God we didn’t give up, we fought, we drew, we managed to make the comeback. It really is the turning point and I think it is very important for us. No words for today, for this atmosphere. Because they helped us – said Nenê. 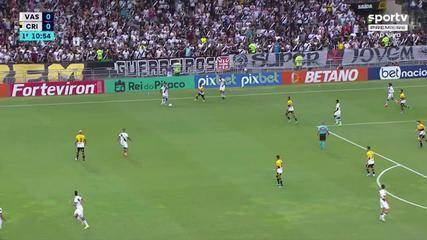 Best moments : Vasco 2 x 1 Criciúma for the 36th round of the Brazilian Série B

– We won a great victory. We pretty much achieved our goal, but I still don’t think so. But we took a big step – completed Nenê, in doubt about the condition in the table.

Alongside Fabio Gomes, author of the turnaround goal, Vasco’s number 10 still played with Gabriel Pec, who wanted the goal for him. This is because there was doubt as to whether Nenê’s ball, with a header, had entered, but referee Wilton Pereira Sampaio signaled a goal for the veteran from Vasco.

– He turned to me and said: “it was my goal, but next time you’ll do it”. I didn’t, but I was able to give a pass to the second. I’m happy just the same – commented Pec, a calf from São Januário.

The interview after the game 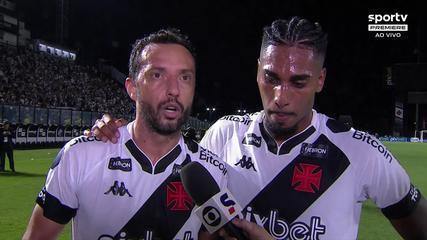 Nenê, from Vasco, says it was a victory for the group: “Gigantesca”