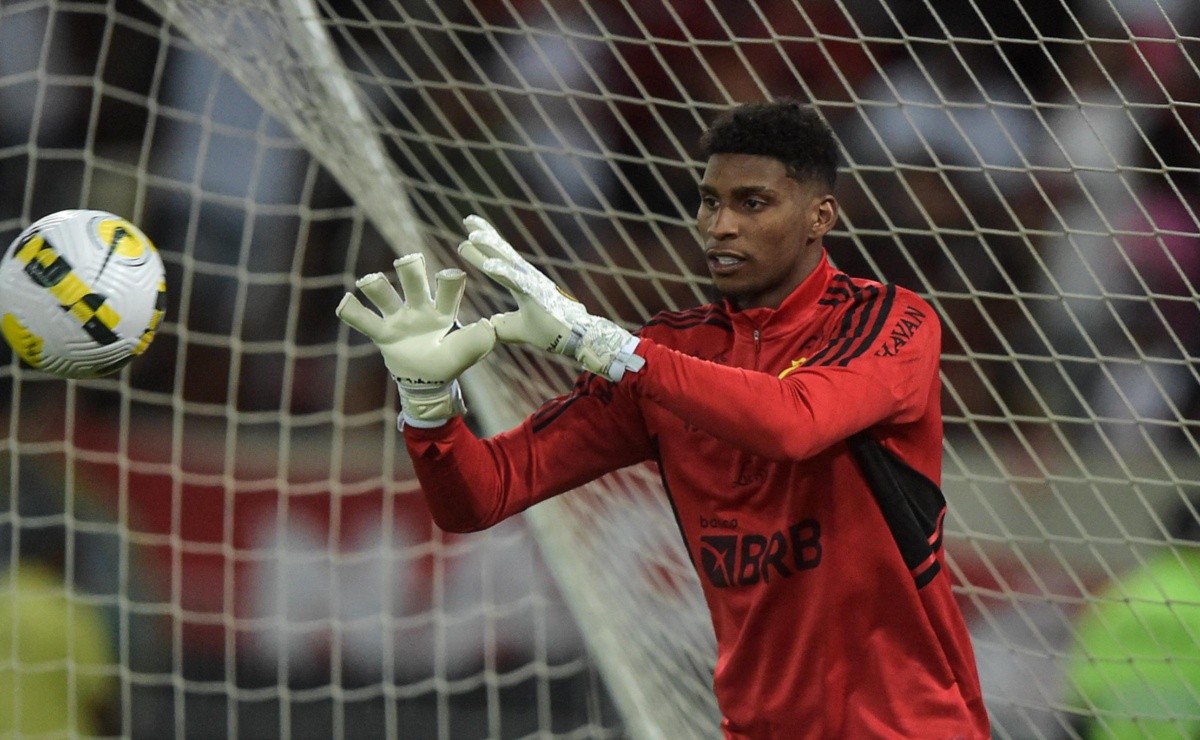 “Flamengo breathes and…”; Hugo Souza opens the game about returning to the starting lineup and ‘vents’ in the networks

In a game valid for the thirty-third round of the Brasileirão, the Flamengo went to Belo Horizonte and beat América-MG by 2 to 1. With only João Gomes selected from the considered starters, coach Dorival Júnior once again bet on the presence of the so-called “Brasileirão team” to face the Minas Gerais team, which had the pretensions of winning to guarantee a place in the G-8.

However, with less than 25 minutes, the match was already 2-1 for Mais Querido. Matheus França and Everton Cebolinha scored goals for Fla, while striker Everaldo scored the goal for América-MG. With the result, Flamengo reached 58 points and added its fourth victory in the last five games for the Brasileirão. With that, Mengão appears in third place.

Among the players selected, perhaps what most attracted attention was goalkeeper Hugo Souza. That’s because, after receiving the confidence of Paulo Sousa and failing in some games at the beginning of the season, the archer reappeared in the main team. It is worth remembering that Santos was spared after a sequence of more than 30 consecutive games as a starting goalkeeper, making room for Hugo’s return.

Thus, after the end of the match and another triumph in the season, Hugo went to social networks and published the following post: “Happy to return to acting after a long period, even happier for the result. Flamengo breathes and lives on victories, and that’s how we will continue until the end, grateful to the nation that came here in Minas and had a beautiful party at the stadium!!!”said the athlete.

Despite the title and a safe performance in the match against América-MG, Hugo should return to the bench in the next matches. During a press conference given after the match, Dorival Júnior revealed that, at first, the tendency is to start a relay with Diego Alves and Hugo in the last rounds of Brasileirão. That said, the next commitment will be against Santos, on Tuesday (25), at 21:45.

Scroll through the image gallery above by clicking on the arrows. 03 December 2022 at …