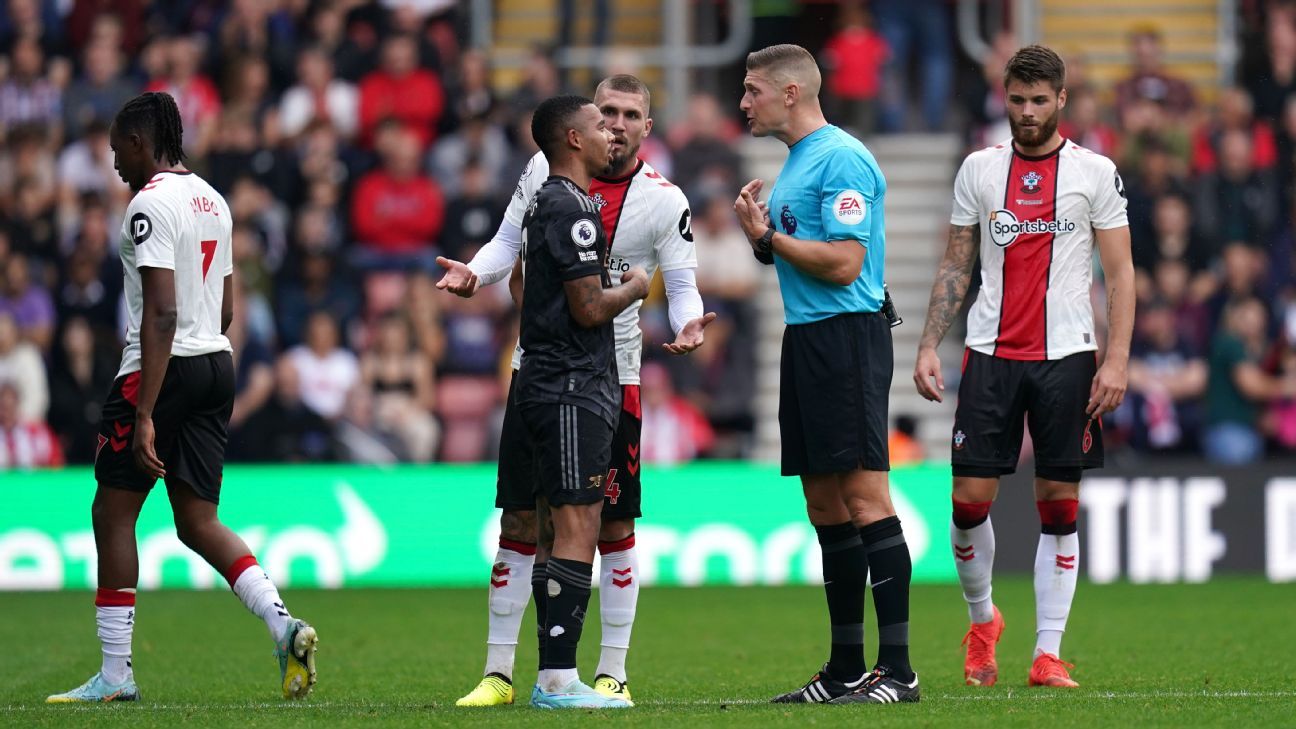 In Arsenal’s game against Southampton, Leonardo Gaciba defended the expulsion of Lyanco, ex-São Paulo, after a bid with Gabriel Jesus

One bid involving Brazilian defender Lyanco, ex-São Paulo, and Gabriel Jesus, in the duel between Arsenal and Southampton in the Premier Leaguethis Sunday (23), made Leonardo Gaciba harshly criticize VAR in England. Today’s channel commentator ESPN defended the expulsion of the defender of the saints.

The move came in the 30th minute of the game, when Arsenal was already leading 1-0. In a dispute for the top, Jesus hits his arm in Lyanco’s face, who retaliates by hitting the attacker in the back.

to Gaciba, video referee Peter Bankes should have called referee Robert Jones to review the play and give the red card only to Lyanco. “Guys, I’m sorry: the omission of the video referee is an impressive thing. That’s a clear situation for straight red. It’s protocol.”

“The referee has to go to the edge of the field, he couldn’t see it, Gabriel’s body was covering up the play, but Lyanco attacked Gabriel. They are two Brazilians, but the truth has to be told. He had to have been kicked out. Too bad video referee Peter Bankes”, added the former referee.

Gaciba had already criticized English VAR in a move early in the match, when Gabriel Jesus was involved in a bid inside the area with Duje Ćaleta-Car, which would have been a penalty for Arsenal.

“It’s a penalty, guys. Gabriel wants to play and is offside. It’s a clear penalty. This is the other side of the coin. They call the South American referee an interventionist, but the English referee also does not go to the Cup (World Cup in Qatar), for intervening little.“