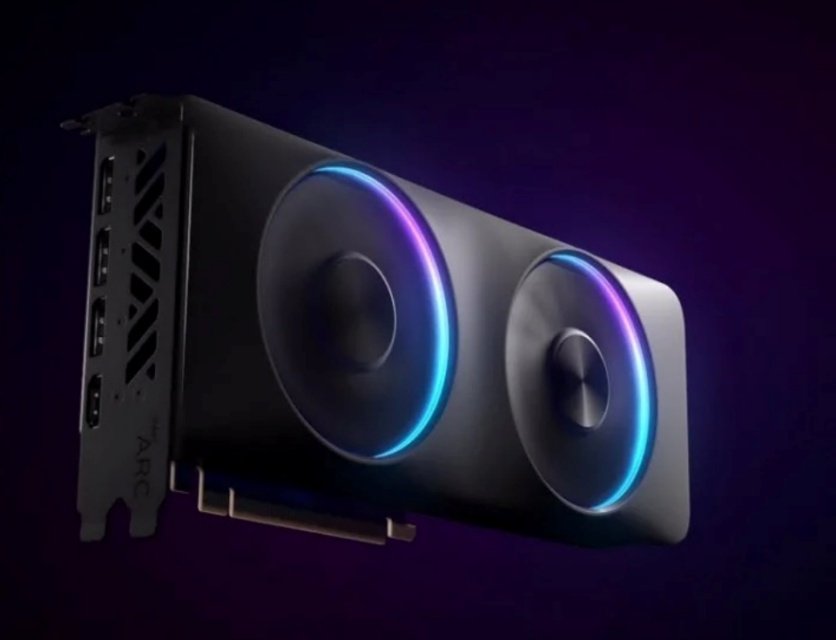 The year 2022 is full of news for video card consumers: in addition to the recent release of the RTX 40 and the imminent arrival of the Radeon 7000 in November, the Intel entered the GPU fight by launching the Arc A380 and now, its intermediary, the Arc A770.

In this article, we will break down the main features of this model, which comes to fight with GPUs like the RTX 3060, and present some benchmarks. Is Intel ready to battle in the gaming card segment? Check it out below.

For decades, the graphics card market has always been dominated by AMD and NVIDIA, and in recent years Intel has shown a lot of interest in claiming a piece of that pie. For starters, the blue side has finally released its first dedicated cards, the Arc Alchemist A380 and A310. The start, in fact, was not good, and the cards simply don’t have the performance or price to compete.

Now, in October, the Arc A770 gives the faces to be the intermediate model of Intel, produced with the objective of running games in Full HD, with maximum quality and Ray Tracing activated. Its main competitors would be the RTX 3060 or the RX 6600 XT.

The architecture and chip

Arc Alchemist boards have a architecture called Xe-HPG (High Performance Graphics), and the A770 uses the ACM-G10 chip, the same used in the A750, but with a few less structures. On the chip, Intel inserted eight Render Slices, containing four Xe cores and four Ray Tracing units. In total, the GPU has 32 computing cores.

The model is equipped with 16GB or 8GB of memory 2.6 GHz GDDR6 VRAM; 256-bit memory interface, 560GB/s bandwidth and 225W TBP. In this way, the model has very interesting specifications for those who want to play in Full HD or even Quad HD.

In addition, it is worth mentioning the Arc A770 comes with a PCIe 4.0×16 connector, and it already has the AV1 technology. AV1, which is also available on the RTX 4090, is a video compression and decompression feature, which should improve the lives of content creators.

In theory, the Arc A770 seems to be a good graphics card, and during tests of several specialized vehicles, the GPU achieved good results. The website TechPowerUp mounted a graph with the average performance of the model in Full HD, reaching something in the range of 98 frames. In comparison, well-established models such as the RTX 3060 and Radeon RX 6600 XT average 94 and 106 frames.

In Quad HD the scenario is also very interesting, since the GPU manages an average of 79 frames per second. Although the average is really high, it’s worth sticking to the lows and highs, like in Warhammer III and Doom Eternal. Even so, Intel’s freshman beats both the RTX 3060 and the Radeon RX 6600 XTwhich vary by a 4% difference.

Before going into specific tests in 4K in games, it is worth highlighting synthetic benchmarks of software such as 3DMark, in the Time Spy Extreme test. In terms of brute force, the GPU has a 7% difference from its smaller sister, the Arc A750. Versus the RTX 3060, its main competitor, things change to a difference of 56%, according to tests by PCGamer.

Returning to games, the Arc A770 does well in 4k, however, it must be reiterated that this model is not made to run titles in this resolution. The tests of TechPowerUp are also not using image resizing technologies, so the results are native performance in the graph below:

It is noticeable that more competitive games such as Battlefield V, F1 and DOS 2 achieve higher rates, but narrative and cinematic games such as Dying Light and God of War are between 30 to 40 frames.

Finally, it is necessary to mention about the Intel XeSStechnologyimage scaling which, according to Intel, is capable of clashing with DLSS and AMD FSR. Testing hasn’t gone that far into the feature yet, but the technology seems to do a good job of reducing jagged edges. In terms of performance, QHD and 4K resolutions do better in Hitman 3, with 20-30% more performance variations.

The Intel Arc A770 is a card that has been well praised by the international press and brings a very interesting performance, especially for the Full HD scenario, and also for occasional Quad HD games. For now, the model is not available in the Brazilian market, but if it arrives at a price between R$2,100 to R$2,499, it will compete directly against the RTX 3060 and RX 6600 XT, and become a good option for consumers.

Previous Calleri is one goal away from entering the podium of foreign goalscorers in São Paulo | Sao Paulo
Next Handmaid’s Tale: Will June’s Martyrdom Never End?