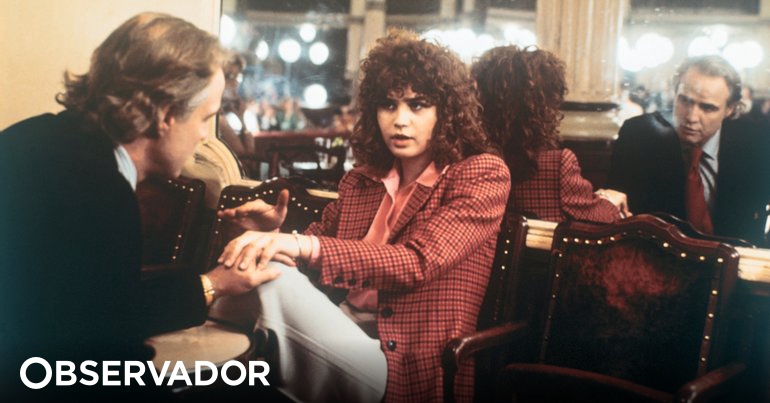 “Last Tango in Paris”. The Story, Victim and Villains of a 50 Year Old Dance – Observer

It premiered 50 years ago at the New York Film Festival, but among us, it’s still only 48. Anyway, the Portuguese premiere date is probably much more interesting than the global one: April 30, 1974 , which is how to say, five days after – five – of the coup d’état that overthrew the dictatorship. It’s no small thing. “Last Tango in Paris” had, of course, been banned by the censors and was there now, at the head of that batch of banned films that distributors were eager to see (the most notable case was, perhaps, “The Battleship Potemkin ”, which only reached national theaters 49 years after it was completed.

In case you are thinking about the tragedy that is the chronic national delay, it is worth remembering that, in Spain, the famous “erotic drama” would only debut at the end of 77, reason enough for buses loaded with Spanish tourists to come from Galicia especially to attend the film, and that saying would cause controversy, basically, everywhere. On charges of “obscenity”, he was banned from cinemas in some American states, tried in England under the Obscene Publications Act and the subject of a criminal prosecution in Italy, brought by the Public Ministry, which would end with the capture and destruction of available copies. and the conviction of director Bernardo Bertolucci, producer Alberto Grimaldi and screenwriter Franco Arcalli to two months of suspended prison sentences and loss of civil rights for five years – including voting rights.

Across that beautiful blue planet, “Last Tango in Paris” thus became an involuntary flag of freedom, with its premiere dates in each country signaling the collapse or, at least, the beginning of the end of the conservative regimes of a certain era: 1984 in Uruguay, 1992 in Turkey, 1996 in South Korea.