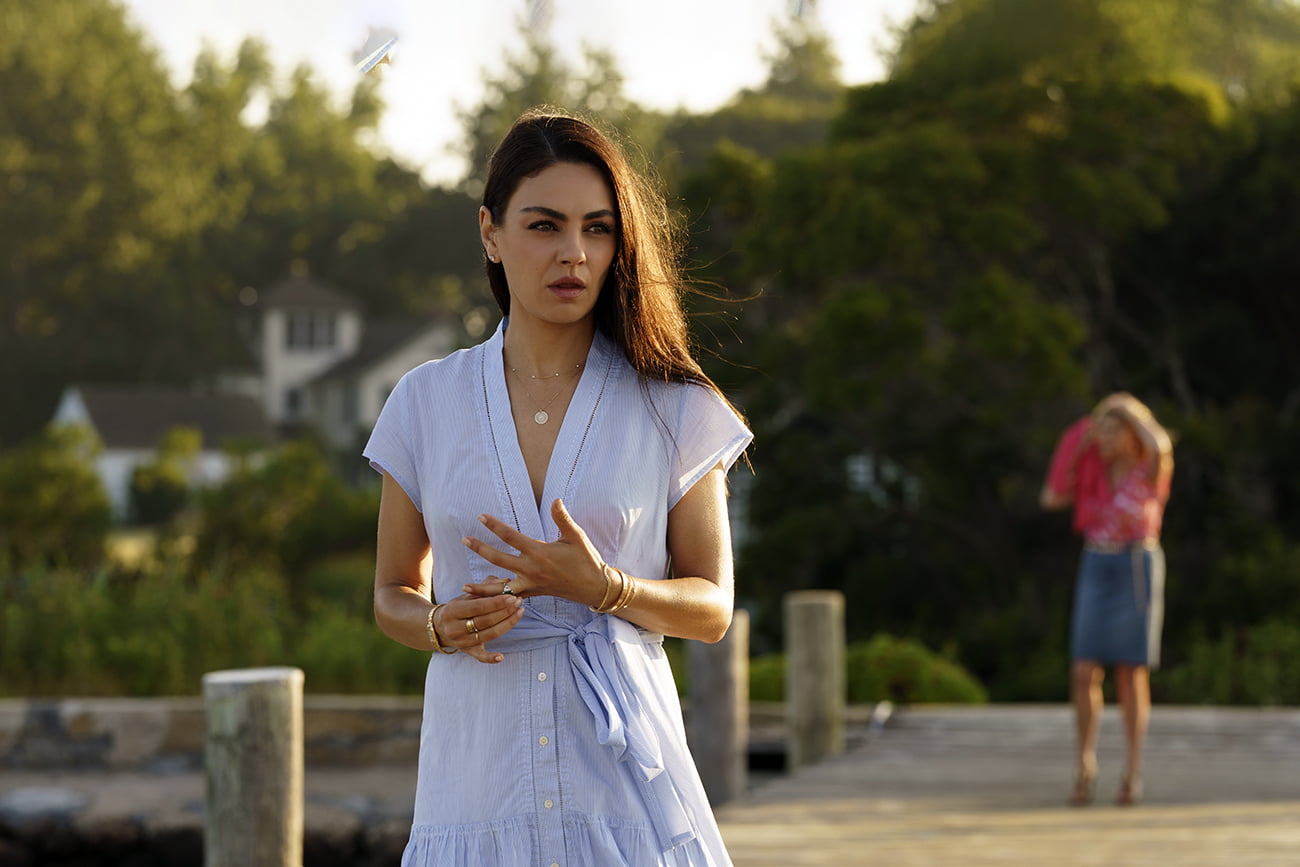 The most striking dialogue in “The Very Lucky Girl” occurs around the middle of the film, when Aaron, director of the documentary about a massacre that took place at the school where the film’s protagonist, Tiffany Fanelli, studied in high school, says her about the importance of telling her side of the story to help many other women. Tiffany replies that “they’ll all be fine” anyway. And this is how in the world women have survived trauma, aggression and overload… by covering up their pain and acting as if everything is fine.

Tiffany is a professionally successful, beautiful woman who is engaged to a former college lacrosse champion, a heartthrob from a wealthy family. He has, as she says, what she doesn’t: pedrigree. Seemingly determined and self-assured, Tiffany is the kind of woman you’d believe has the perfect life. But her past hides very deep wounds that still burn. When film director Aaron seeks her out to be a part of the documentary about the massacre, the cracks of her emotional instability begin to show.

Nearly all of Tiffany’s tormentors were killed in the 1999 high school shooting (a reference to the Columbine attack) by a teenager she confided in. The real tragedy behind Tiffany’s life wasn’t exactly a gunman breaking into the school, but a gang rape suffered at a party weeks earlier. As a scholarship student at the private school that would place her at an Ivy League university (the largest and most important in the country), Tiffany decided to swallow her pain and not report the rapists: white kids, rich, mean, privileged and overprotected.

Let’s face it, she wasn’t completely wrong. Hardly anything would really happen to the young people and she would probably be exposed, could be harmed and have her future ruined, if she decided to report it. The case of Mari Ferrer, in Brazil, gives us an idea of ​​how stories like Tiffany’s are real and common throughout the world.

In “Beautiful Vengeance”, by Emmerald Fennel, the protagonist Cassandra gives up her bright future in medical school to avenge her rapists. In “The Lucky One”, Tiffany is trained by her mother to focus on her future, to be successful and to simply bury all the wounds that could stand in the way of her achieving her goals. However, throughout the film, we see that these marks from the past are not healing inside her, but growing and consuming her from within.

Women are constantly discredited by society. Always seen as self-serving, envious, jealous and vindictive. Men, perpetrators of violence, almost always come out as victims of these “predators”. This is a very cruel reality. And, we know, as we follow Tiffany’s story, that even if she does speak out for what she has suffered, she will be judged by popular opinion, which hardly has compassion and empathy. Especially when her aggressor is a white man, defender of family, religion and good morals.

Criticized for trying to justify massacres in schools, the film lacks, yes, a little more seriousness and depth when portraying such a delicate subject. However, he is not completely wrong in saying that there is, in fact, a certain impunity that benefits the upper social class. The protagonist is constantly judged as shallow for her desire to ascend socially, including through marriage. But it is apparently more of an escape valve. Tifanny decided to embody her mother’s dreams, as she realized how women, especially low-income women, are easily exploited and subjugated without their abusers feeling the slightest bit guilty or even recognizing themselves as abusers. She needs status to protect herself.

If there are substance issues in the film, it’s just a consequence of something missing from Jessica Knoll’s book. What really bothers the production is the exaggerated tone adopted by director Mike Barker, which gives an impression of novelistic melodrama. For all intents and purposes, “A Very Lucky Girl” brings important themes that, just by being passed on, do some good.