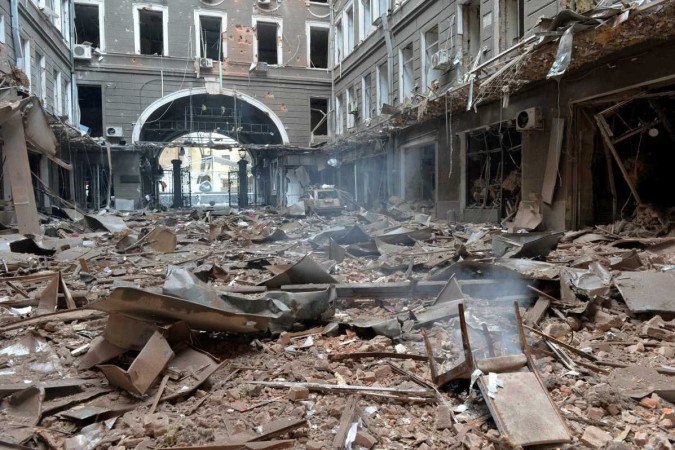 Authorities designated by Russia for the southern regions of Ukraine on Saturday urged civilians to immediately leave the city of Kherson in the face of the advance of the Ukrainian counteroffensive.

“All civilian inhabitants of Kherson must immediately leave the city,” the administration of the Kherson region, which has been occupied by Russia since March and annexed by Moscow in September, said on Telegram.

The appeal statement cites a “tense scenario on the battlefront” and a “growing danger of large-scale bombing”.

In late September, the Ukrainian army launched a counter-offensive that allowed the Kiev government to regain territories in the east and south of the country.

The Ukrainian advance has recently gained new momentum on the southern flank of Kherson, the first major city to fall under Russian control after the invasion of Ukraine began in late February. Regaining control of the city would be a major victory for Ukrainian troops.

On Friday, Ukrainian authorities demanded the resumption of 88 localities in the region.

In recent days, Russia has begun an operation to remove the inhabitants of this region with the aim of turning the city into a “fortress”. Ukraine’s government calls the measure a “mass deportation”.

The deputy commander of the Russian occupation in Kherson, Kiril Stremusov, told Russian news agency Interfax on Saturday that almost 25,000 people had already crossed to the left bank of the Dnieper River.

Russia responded to the counteroffensive with bombings that hit Ukraine’s energy infrastructure.

Ukrainian President Volodymyr Zelensky said on Saturday that Russia had carried out a new large-scale attack and that since the start of the bombing campaign more than a million homes have been without power in the center and south of the country.

Zelensku claimed that in the most recent series Russia fired 36 missiles, “most of which were shot down”

“We fear for our lives”

At a train station in Dzhankoi, north of the Crimean peninsula (annexed by Moscow in 2014), residents of Kherson boarded a train bound for Russia on Friday.

“We are leaving Kherson because intense bombing has started, we fear for our lives,” said Valentina Yelkina, a pensioner who was traveling with her daughter.

Yelena Bekesheva, another 70-year-old resident of the city, said she would head to Moscow. “We didn’t make the decision right away, but later we were invited by our friends and family,” she told AFP.

On Friday, Stremusov accused Ukrainian forces of killing four civilians in an attack on the bridge over the Dnieper River used by residents to leave the city.

Russian investigators announced that two victims were journalists and that 13 people were injured. The Ukrainian army has denied any attacks on civilians.

The bombings hit “civilian infrastructure” in the city of Shebekino, Gladkov said on Telegram. Nearly 15,000 people were left without electricity in their homes, he added.

Kuleba urged Kiev’s allies to speed up the delivery of air defense systems.

According to operator Ukrenergo, Russian forces bombed installations in the west of the country and caused power cuts in several regions.

“The scale of the damage is comparable to or perhaps greater than the aftermath of the October 10-12 attacks,” the company announced.

In the aforementioned period, Russia attacked Ukraine with a series of missiles in an apparent reprisal for the explosion that damaged part of the bridge connecting the Crimean peninsula to Russia.