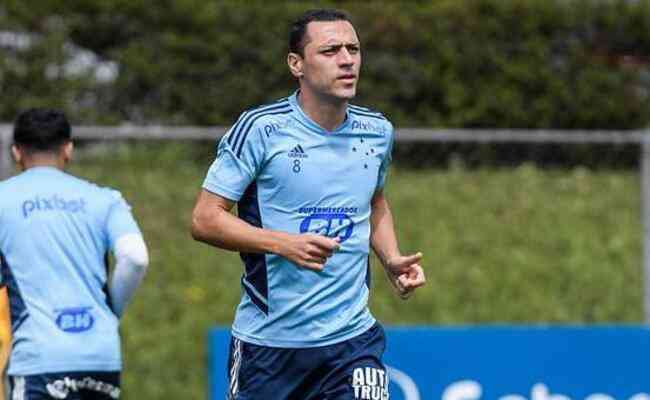 In an interview with Flow Sport Club, this Friday (21), the right-back Rmulo revealed that he almost became one of the potential buyers of the Sociedade Anima do Futebol (SAF) of Cruzeiro in December last year. The 35-year-old said he tried to broker the negotiation between an Italian group of businessmen and the Minas Gerais club.

Rmulo said that when he was approached by this group of Italians, he thought about investing in Cruzeiro. According to the athlete, he would be one of the indirect partners of the SAF, but the entry of Ronaldo Fenmeno in the business caused the other negotiations to freeze.

“There were several investors with the NDA (non-disclosure agreement) signed to come to Cruzeiro, but when Ronaldo arrived, everything stopped. In fact, the staff contacted me. contacted me, because there was a group of Italians who wanted to come and buy the Cruzeiro. My friends”, he began.

Then the experienced player explained that he would not be directly part of the purchase of Cruzeiro, but would be the main ‘bridge’ between investors and the celestial club.

“I wouldn’t be part of it, but bringing a group of Italian professionals to buy Cruzeiro would be nice for me. A personal satisfaction. But when everything stops because Ronaldo is coming, it was the best news in the world”, he concluded.

Sale of SAF to Ronaldo

The agreement between Ronaldo and Cruzeiro was made public on December 18, 2021, when the two-time world champion with the Brazilian Team held a virtual broadcast alongside President Srgio Santos Rodrigues and Pedro Mesquita, head of XP Investimentos.

The negotiation took place confidentially and without fanfare in the media, brokered by the financial brokerage. At the time of the announcement, Fenmeno promised to invest R$ 400 million in the club over the next five years.

Despite the agreement, the purchase was only made official in April this year, after the Deliberative Council met some of Ronaldo’s demands.

Previous Lily Collins to Star in Crime Miniseries on Hulu
Next Punta Cana All Inclusive! Flights plus Beachfront Resort from R$5,646 per person