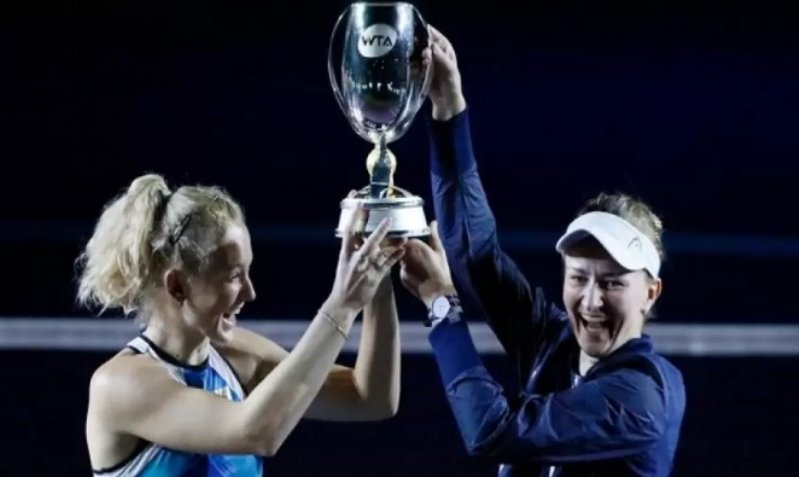 See the eight duos advancing to the WTA Finals

Miami (USA) – Even though there is still a semifinal to be played at the 1000 de Guadalajara, the eight teams with the right to compete in the WTA Finals are already defined, which starts in nine days in the Texan city of Fort Worth.

Beatriz Haddad Maia became this Saturday the first Brazilian woman to reach the Finals. since the event’s inception in 1972, and she will play alongside Kazakh Anna Danilina. The two are in eighth place at the moment and can still advance to seventh in case of title, although strictly speaking it makes no difference.

The Finals is played in two groups of four doubles each, in which the partnerships duel each other and the two highest ranked advance to the semifinals. The groups are drawn 2 to 2 among the eight participants.

Barbora Krejcikova and Katerina Siniakova lead the first group and Gabriela Dabrowski and Giuliana Olmos the other. Then the third and fourth places are drawn, one for each key. This is repeated with 5 and 6 and finally with 7 and 8.

Current champion and runner-up in 2018, the Czech duet is also the only one of the participants to have already won or reached the decision of a Finals. Mertens was runner-up last year, but alongside Su-wei Hsieh.

See how the ranking of the eight highest scored: