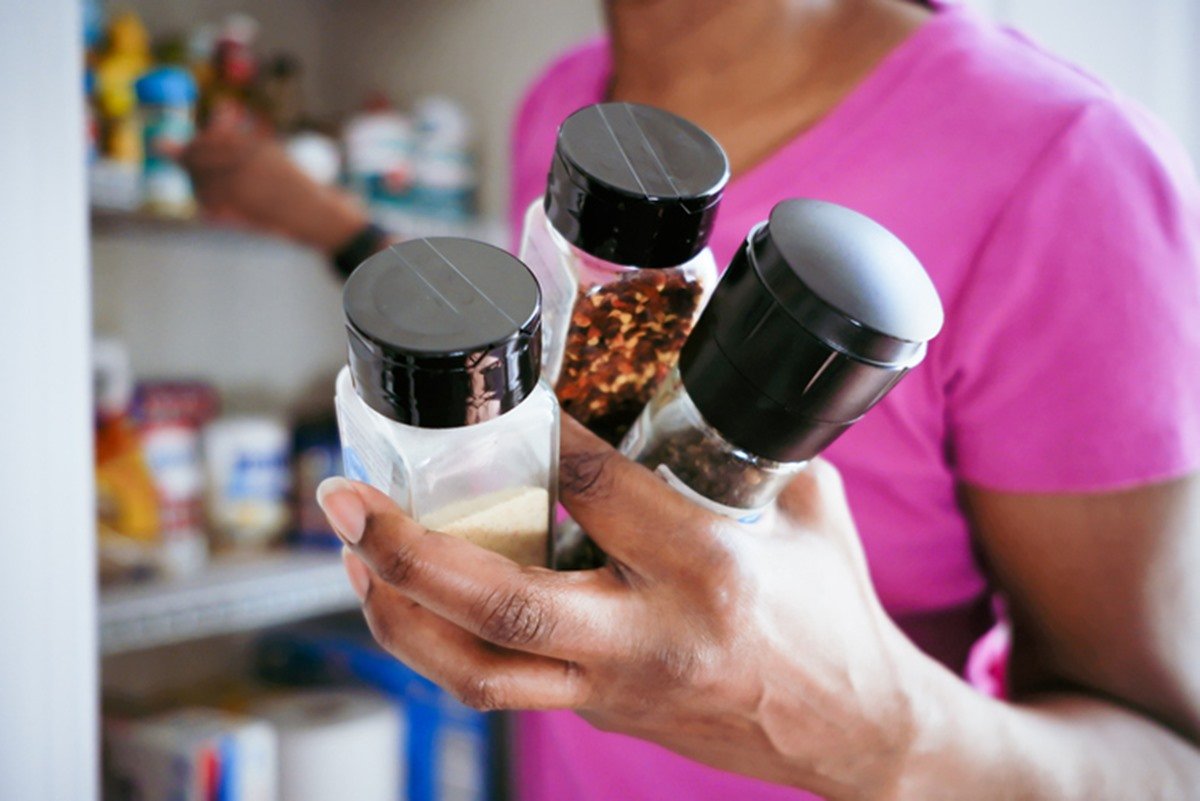 How often do you sanitize the spice jars stored in your kitchen? A new study done at Rutgers University in the United States shows that they may have more microorganisms than meat boards and garbage cans.

Many people are in the habit of keeping spice containers close to the stove, within reach for quick use when seasoning raw meats, but they don’t pay attention to the risk of cross-contamination, increasing the risk of diseases such as salmonella.

The study, commissioned by the US Department of Agriculture’s (USDA) Food Safety and Inspection Service, was published in September in the Journal of Food Protection.

The researchers from the University’s School of Biological and Environmental Sciences tested 371 adults who were asked to cook a turkey burger recipe in different kitchen models.

The scientists purposely contaminated the meat used in the preparation with the bacteriophage MS2, a type of virus that infects bacteria but is harmless to humans. The aim was to evaluate the circulation of microorganisms on surfaces and utensils arranged in different positions.

They were surprised to find that 48% of the seasoning jars were contaminated and contained more microorganisms than the meat cutting boards and trash can lids, which appeared next. The faucets harbored the least amount of bacteria.

“Most research on cross-contamination of kitchen surfaces due to handling raw meat or poultry has focused on kitchen cutting boards or faucets, neglecting surfaces such as spice containers, trash can lids and other utensils,” said the professor. and study co-author Donald Schaffner, in a statement.

Schaffner stressed that it was possible to prevent contamination with the correct handling of food, including proper hygiene of hands, surfaces that come into contact with food and correct cooking.

Previous Reserves do the trick, and Flamengo wins América-MG a week before the Libertadores decision
Next Dark and Violent Film Starring Blake Lively and Jude Law on Netflix holds the viewer from start to finish