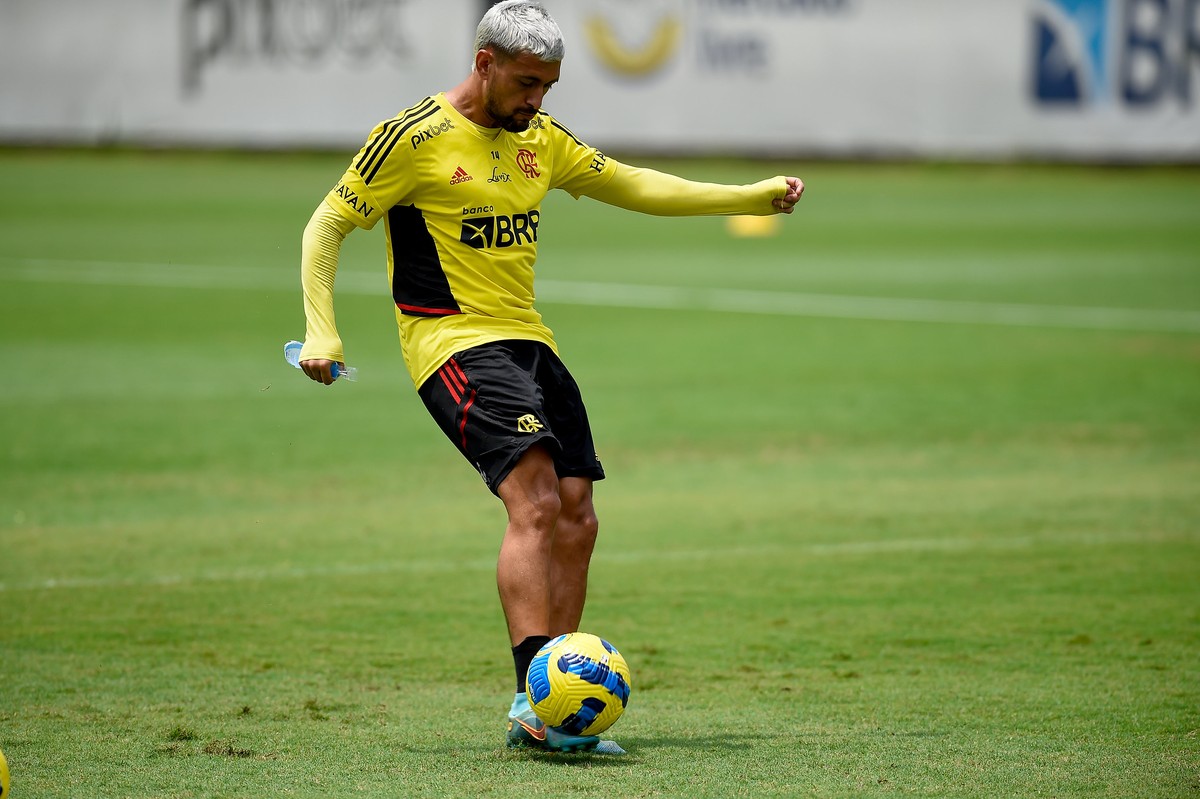 Without Thiago Maia and Vidal, Flamengo holders carry out activity at Ninho | Flamengo

Flamengo’s holders, who were spared from the game against América-MG, on Saturday, held another training session at Ninho do Urubu this Sunday morning. Thiago Maia and Vidal were undergoing treatment and did not go to the field.

Thiago Maia has an inflammation in his right knee and was undergoing treatment, but it will not be a problem for the Libertadores final, on Saturday, the 29th, in Ecuador. Vidal, who had a trauma to his right leg against Corinthians and needed to be drained at the site, was also undergoing treatment. The Chilean is the one that most worries doctors.

Vidal shows the state of his leg after Flamengo x Corinthians – Photo: Reproduction

Pedro, who had a stomach problem in the decision, and Arrascaeta, who has a special plan because of pubic pain, participated normally in the field work. The players related to the game in Minas Gerais gained time off, among them João Gomes, the only player in the squad.

Erick Pulgar, who recovered from a sprained left ankle, trained normally again and has a chance to be a novelty against Santos, next Tuesday. After the 2-1 victory over América-MG, coach Dorival Júnior said that he should use four to five starters against Peixe, including goalkeeper Santos.

Flamengo’s trip to Guayaquil will be on Wednesday morning. On Saturday, the team faces Athletico in the Libertadores final.