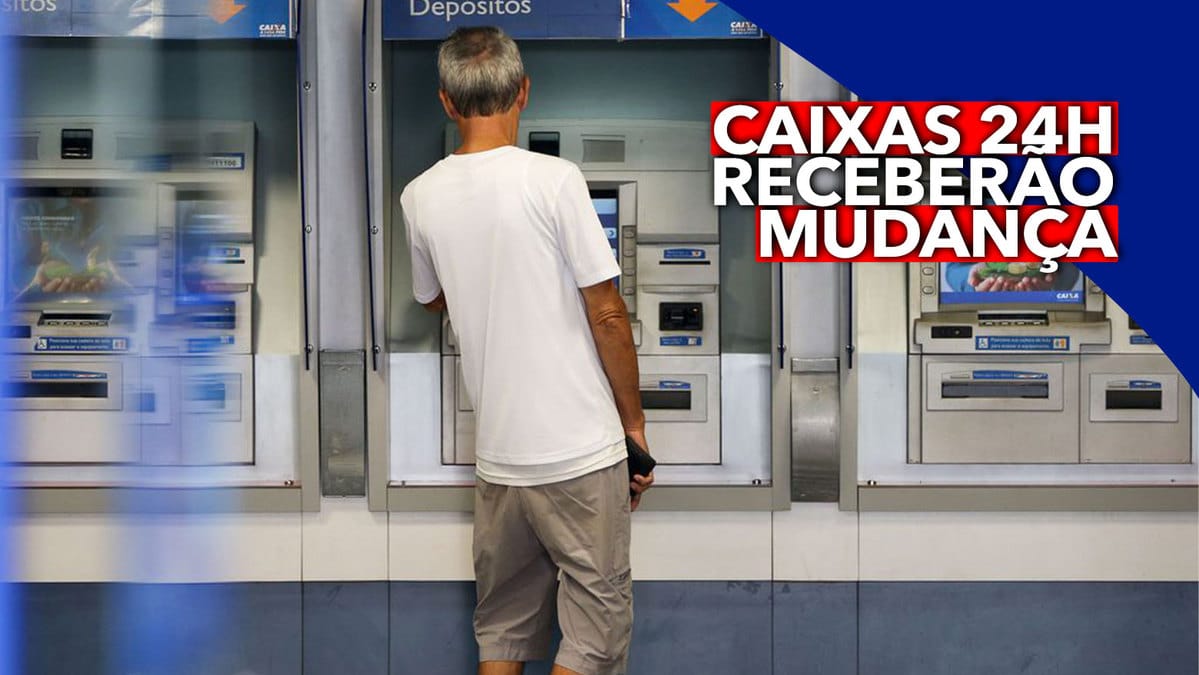 24-hour ATMs throughout Brazil will receive change; know what it is

ATMs are a convenient way to withdraw money. Through them, the person can have access to physical ballots. In reality, these machines have several functionalities. They also allow payment of bank slips, money transfer, balance and statement inquiries, among others. However, with the advancement of technology, cashiers began to be used more for withdrawal, since the other functions can be done by cell phone.

In this way, 24-hour ATMs are present in several locations and facilitate the routine of those who need cash. The company has now announced a novelty for its customers. Before, it was only possible to withdraw banknotes from the national currency unit, the Real. Now, there is a way to withdraw currency from another country. Find out how by reading this article.

Last Thursday (21), the cryptocurrency company Tether announced that it will be possible to withdraw physical money, referring to the digital currency Tether USD (USDT), whose value is indexed to the dollar. The operation can be carried out at more than 24,000 Banco 24 Horas ATMs. In this way, withdrawals can be made from November 3, according to the company.

In reality, it is a conversion. In other words, withdrawals will be made in the national currency unit, the Real. But, there will be the possibility to convert the money, in Dollars, to Real. In practice, the operation works as follows: the citizen has applications in the Tether cryptocurrency. Currently, if he wants to use the money from this investment, in kind, he cannot do so. But in the future there will be such a possibility.

He will be able to look for one of the Banco 24 Horas ATMs, inform his data, such as CPF, and the amount he wants to redeem in cryptocurrencies. Thus, the bank will convert the values ​​of the digital currency, which is pegged to the Dollar, to the Real. After the process, he will be able to redeem the cash amount. The novelty is precisely in allowing a cryptocurrency to be redeemed in kind.

To this end, Banco 24 Horas ATMs will have the help of technology from a Brazilian startup. SmartPay converts Tether cryptocurrencies to Dollar, and then to Real. In addition to the CPF, the cashiers will ask for the person’s email, as well as the amount they want to convert.

See too: New REAL DIGITAL already in effect? Check the news from the Central Bank

How to send cryptocurrencies for withdrawal

Rocelo Lopes, CEO of Smart Pau explains how investors manage to send cryptomeria to ATMs. The operation is done through Theter USD, which uses digital wallets or exchanges. But for that it is necessary to use the Tron network, according to Lopes.

Finally, Paolo Adorno, director of Theater in Brazil, says that the possibility democratizes access to the financial system in the country. For him, it will be possible for more Brazilians to have access to investments in dollars, which can add value to the person’s money.

See too: MEI will have its billing limit changed in 2023; how does it affect you?

Previous Pedro Raul scores, leaves injured, but reassures: “It was nothing” | Goiás
Next Anthony Mackie Answers If He’s In Thunderbolts As Captain America | Marvel