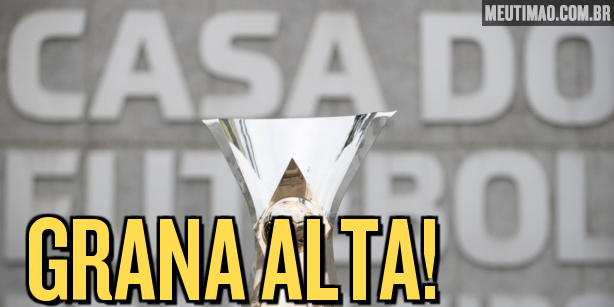 After the victory against Santos and the stumbling block of Fluminense, Corinthians ended the 33rd round of the Brazilian Championship in fourth place, even with one less game. In addition to guaranteeing a spot in next year’s Libertadores, finishing the tournament in the top places guarantees a lot of money to the club’s coffers.

The Brasileirão prize pool is distributed from the first to the 16th place in the tournament and is gradually reduced. The four relegated teams do not receive any value – see estimated values ​​below.

Timão has been appearing in the G4 since the beginning of the national tournament and if it ends up inside it can guarantee a good value within the club’s coffers. Currently in fourth place, the Parque São Jorge club would receive approximately R$ 38.2 million. The information is from ge.globe.

Corinthians has a good advantage over seventh-placed Atlético-MG, which has 47 points – ten points apart. With Palmeiras close to securing the title in the next round, Timão should, then, fight for the values ​​corresponding to the positions of second to sixth place. There are only six rounds to go until the end of the championship.

Thinking about finishing in the best possible position, the squad of Timão prepares for the direct confrontation against Fluminense. The ball rolls on Wednesday, at 9:45 pm, at Neo Química Arena.

Check the updated classification of the Brazilian Championship

See also all the rounds and more information on the Brazilian Championship standings on the special page with the competition table.