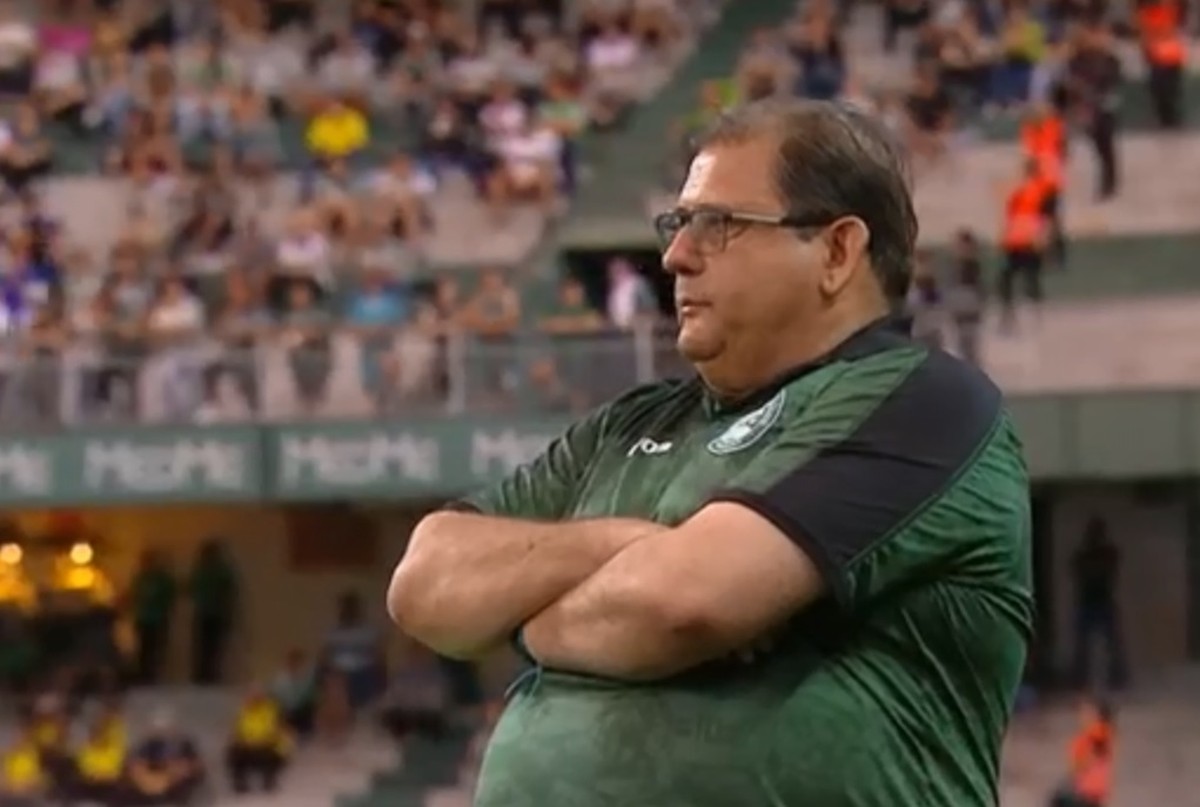 In a press conference, the coach recalled that the opponent is the current vice-leader and highlighted that Coxa deserved a better result. Alviverde took the lead in the first half, with Luciano Castán, but suffered a draw in the final stage, with a goal by Vitão.

– I leave upset, yes. I wanted victory. If you analyze the whole context, we don’t play against any team, we play against the runner-up, with 12 matches, with this one, undefeated. And we played a game to win. We are closer than they are to winning. We finished more, we had more dangerous shots. We scored a goal from a set-piece, they scored a goal from a set-piece – said Guto Ferreira.

– We really wanted this victory. We were close to it. If you evaluate the match as a whole, we were below them, I think about 10 or 15 minutes into the second half, that’s when the first set-piece goal happened, well invalidated, and then we took the second goal – he added.

The coach also pointed out the physical wear and tear of Coritiba’s squad to justify a drop in performance after the break. He recalled that Coxa played last Thursday, in a late match against São Paulo, while Inter had only entered the field last weekend.

In addition, Guto Ferreira mentioned the lack of rhythm of some players who started this Sunday, such as right-back Nathan Mendes and midfielder Galarza.

– The great detail in all this, people sometimes can’t understand why this drop: we play in the middle of the week and they don’t. And if you rate it, we outrun them. We had players whose rhythm still didn’t… Nathan was perfect, and the last game he played was against Botafogo. Galarza also had not played for a long time and only left because of the yellow card – evaluated the Coritiba coach.

Guto Ferreira took the opportunity to praise the entries of midfielder Juan Díaz and midfielder Régis, who gave more volume to the team and created a good chance to score the second goal, with Juan sending close to the goal after a steal of the ball from Régis.

– The arrivals of Juan and Régis gave our midfield what it needed. The game was already 1-1, but after that we created several opportunities to do it. And it was judgment, especially that ball from Juan, in Régis’ play. If he manages to get a little more inside, maybe he would have fit the hit more and would have scored the goal, well deserved for the game he did – he commented.

Guto Ferreira in charge of Coritiba against Inter — Photo: Reproduction/Premiere