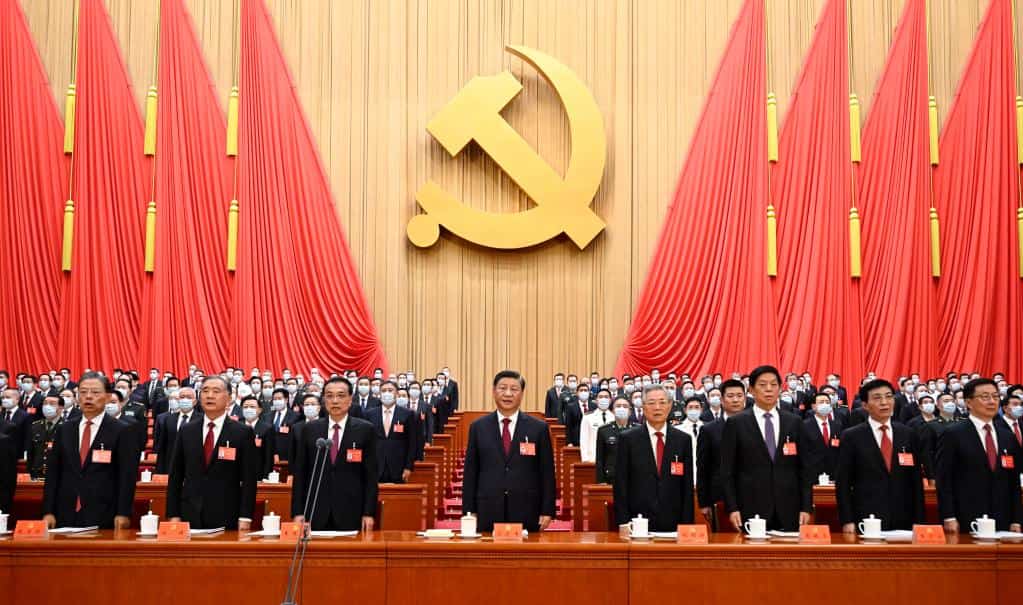 Hong Kong’s Hang Seng Index fell 6.36%, recording its worst day since the height of the global financial crisis in late 2008.

Amid record outflows, the CSI 300 index, which brings together the largest companies listed in Shanghai and Shenzhen, closed down 2.9%, while the Shanghai index fell 2%.

Both real estate and technology were subject to much greater regulation under President Xi Jinping.

The catalyst for the concern was the Communist Party Congress and the realization that there is not enough economic focus, he said.

Xi secured an unprecedented third term after the week-long congress, and ushered in the new loyalist-filled Politburo Standing Committee.

Four of the seven permanent committee members were replaced, all at least 60 years old.

Analysts at Goldman Sachs say most of the new appointees worked with Xi in the early stages of their careers. “We observe that new leaders may be more focused on ideological and political issues, while retiring policymakers seem more economic/market oriented,” they said.

They added that for valuations to improve, more clarity would be needed on Covid zero policy, stabilizing housing markets and reducing tensions across the US-China.

“The message here is clear: maintenance of lockdowns with Covid zero policy, shared prosperity agenda and sectoral restrictions that are going nowhere,” he said.

Thus, both Hong Kong and mainland Chinese stock exchanges have seen sharp declines with the rise of Xi Jinping’s power, with a summit made exclusively of allies.

On the other hand, points out Morgan Stanley, the positive tone about the achievements with the Covid-zero policy does not necessarily represent a direction for the future. The speeches raised concerns that China’s reopening may occur later, given the current market expectation of reopening in the first half of 2023.

However, Covid-zero and its success were mentioned when talking about past achievements – that is, backwards rather than forwards. “While it is true that there is not much visibility into an exit timetable, we think that the reaffirmed commitment to economic development means that a reassessment of the benefits and costs of Covid-zero cannot be put off indefinitely in light of significantly lower income growth. , a sharp rise in youth unemployment and increasing difficulty in maintaining Covid-zero amidst more transmissible variants”, evaluates Morgan.

In any case, Xi Jinping’s greater powers ended up overshadowing the repercussions of China’s economic data.

China’s economy recovered at a faster-than-expected pace in the third quarter, but stringent Covid-19 restrictions, a deepening housing crisis and global recession risks challenge a vigorous revival over the next few years. year.

Gross domestic product (GDP) in the world’s second-largest economy grew 3.9% in the July-September quarter from a year earlier, official data showed on Monday, above the 3.4% pace forecast. in a Reuters poll of analysts, and accelerating from a 0.4% pace in the second quarter.

Publication of the data was scheduled for October 18, but was postponed until after the Communist Party Congress.

Despite the recovery, the economy is facing challenges on multiple fronts at home and abroad. The Covid zero strategy and China’s Covid zero problems and struggle in its real estate sector exacerbate external pressure from the Ukraine crisis and global slowdown due to rising interest rates to contain inflation.

A Reuters poll projected China’s growth will slow to 3.2% in 2022, far below the official target of around 5.5%, marking one of the worst performances in nearly half a century.

In the quarterly comparison, GDP grew 3.9% in the third quarter, against an expected 3.5% expansion and a 2.6% decline in the previous quarter.

Since late May, authorities have implemented more than 50 economic support measures, seeking to bolster the economy to ease job pressures, even as they downplay the importance of achieving the growth target, which was set in March.

Separate data showed industrial production rose 6.3% in September from a year earlier, beating expectations for a 4.5% gain and up from 4.2% in August.

But retail sales remained weak, rising 2.5%, worse than expectations of 3.3% and the 5.4% expansion in August.

There was also an increase in the unemployment rate, which stood at 5.5% compared to 5.3% in August.

Check out how the indexes closed: