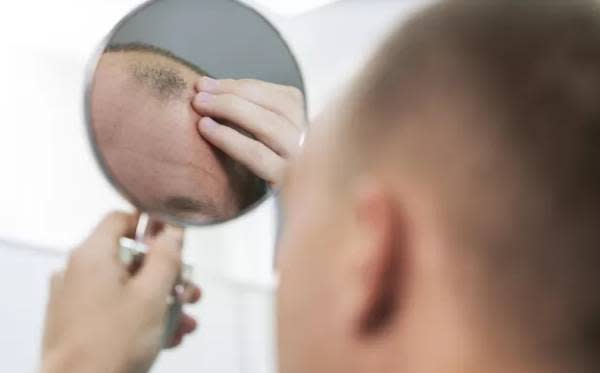 Researchers at Yokohama National University in Japan have come closer to finding a cure for baldness. In the laboratory, scientists managed to create hair follicles from mouse embryonic cells. When implanted in the animals, the follicles successfully generated hair, and continued to function through multiple hair growth cycles. The study was published in the scientific journal Science Advances.

Understand what the diagnosis is: Erasmo Carlos is hospitalized in Rio for a lung infection

The follicle is a pouch-like structure that is located inside the skin, in the hypodermis. Inside it is where the root of the hair strand is. Each follicle can generate about 1 to 6 hairs. With the encouraging results, scientists believe the method paves the way for future treatments for disorders that lead to hair loss. Another possibility is that laboratory growth eliminates the need for animals to test chemicals.

“Our next step is to use cells of human origin and apply for drug development and regenerative medicine,” says Junji Fukuda, professor in the faculty of biomedical engineering at Yokohama National University, in a statement.

To develop the follicles in the laboratory that will be tested in humans, however, the scientists explain that the process will be a little different from studies with mice. Instead of embryonic cells, for ethical reasons and access to material, they will reverse-engineer stem cells to reach the units present at the stage when the individual is still a fetus in formation.

The researchers developed the technique based on the natural formation of follicles during the embryonic phase. They explain that, at that moment, there is an interaction between the outermost layer of the skin, the epidermis, and the mesenchyme, a kind of primary tissue that gives rise to the connective tissues of the body, such as cartilaginous and bone, among others.

Herpes zoster: All about the dangerous disease caused by the chickenpox virus, still little known to the population

During this interaction, instructions are sent for the cells to organize themselves in the epidermis and form follicles. The mechanisms of this process, however, were not completely understood, which led to frustrated attempts to reproduce it in the laboratory.

The scenario changed with the arrival of organoids, considered one of the greatest scientific advances in recent decades. These are sets of cells created from embryonic cells or stem cells to reproduce genetic and physiological characteristics of a particular organ or tissue in the body. With this, scientists are able to analyze processes and mechanisms that occur on a large scale in detail in the laboratory, developing “mini-organ” or “mini-tissues”.

“Organoids have been a promising tool for elucidating the mechanisms of hair follicle morphogenesis (creation) in vitro (in the laboratory),” said Tatsuto Kageyama, assistant professor in the faculty of biomedical engineering at the National University of Yokohama, in a statement.

Borderline in the media: Know the symptoms of the disorder that will be treated in an unprecedented way in a Globo soap opera

They then manufactured hair follicle organoids from two types of embryonic cells, epithelial and mesenchymal, precisely to reproduce the interaction that occurs during fetal development. In addition, they used an extracellular matrix, a set of molecules that unite and define the structure of cells during tissue formation.

The experiment was successful, with the organoids generating follicles and hair shafts (the visible part of the hair) with almost 100% efficiency. In 23 days of cultivation, the strands were about 3 mm long, an unprecedented feat that proved their ability to generate hair growth.

Then they added a melanocyte-stimulating drug in the process. That’s because melanocytes are cells responsible for producing melanin, which gives hair color. With the addition of the substance, the pigmentation of the strands improved ‘significantly’, the scientists reported. Finally, they transplanted the organoids into the mice, which worked efficiently and across multiple hair growth cycles.

Previous Do you know the difference between subway and train?
Next Minister did not order the suspension of Roberto Jefferson’s firearms registration, explains criminalist