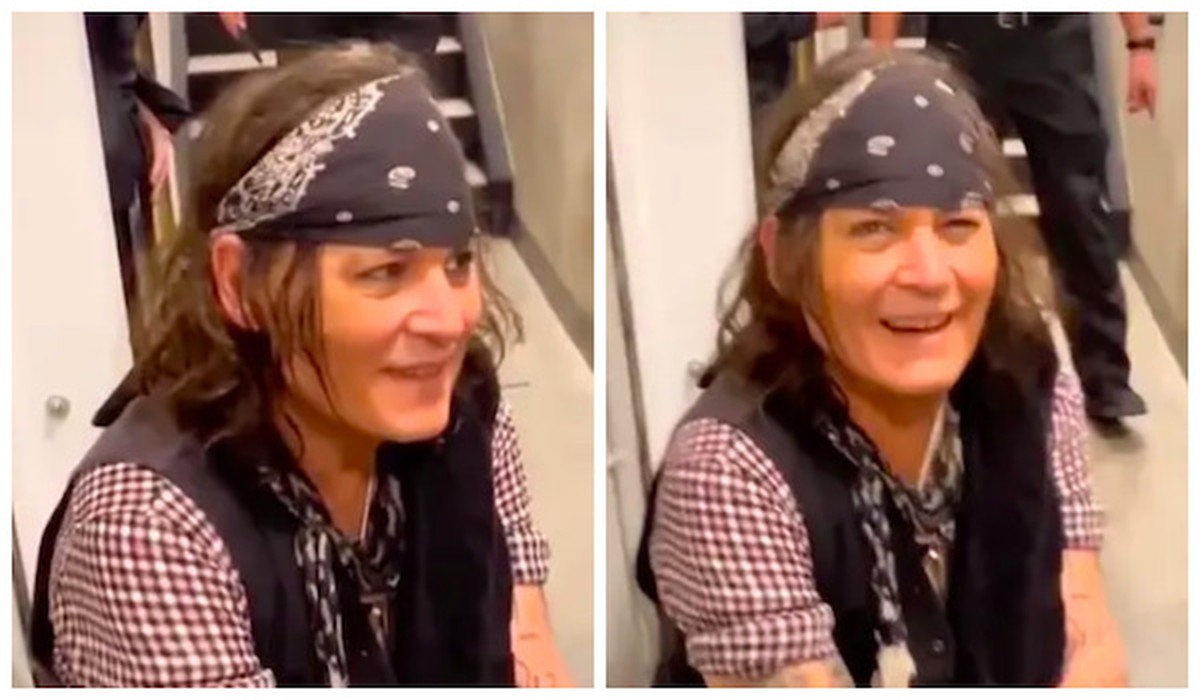 Actor Johnny Depp shocked his fans by “incarnating” a beardless and costumeless version of Jack Sparrow, the character played by him in the films of the ‘Pirates of the Caribbean’ franchise. The 59-year-old star returned to his most celebrated role backstage at a recent concert by his band.

Crouching on the floor, Depp didn’t hesitate when he heard the request to imitate Sparrow. He then delivered a series of rambling lines, feigning drunkenness, as if he were the pirate. Watch the video of what happened at the end of the text.

Johnny Depp as Jack Sparrow in the Pirates of the Caribbean franchise films — Photo: Reproduction

“An amazing guy!” exclaimed one person in the comment space of the video with Depp “incarnating” Sparrow. “He looks really happy,” said another. Watch the video of the actor below:

Your device has an unsupported resolution.

Previous YouTube reveals its new design, with more features and ‘ambient light’
Next The name of the next Grêmio coach is leaked and it is not Renato’s