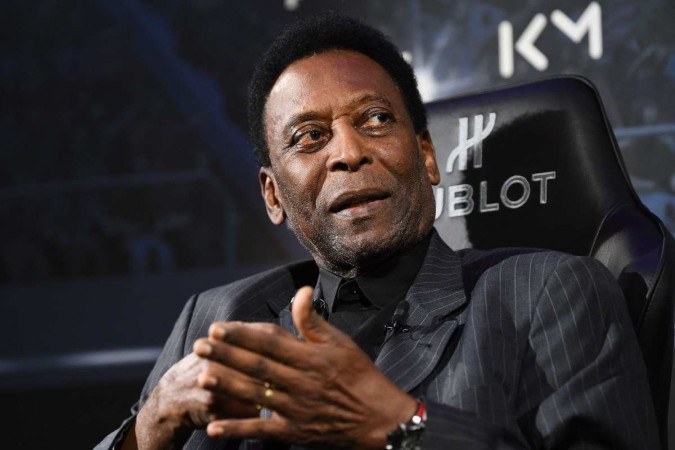 Pele celebrates 82 years and is honored by Santos, CBF and other sports figures

Pele celebrates his 82nd birthday this Sunday (23). Born in the city of Três Corações (MG), in 1940, the King of Football was honored by various entities and figures of the sport this morning. Brazilian clubs such as Santos and Flamengo recognized the date on their social networks, as did the CBF, through President Ednaldo Rodrigues. Pelé spoke up and thanked him for the affection received.

“October 23 should be a world holiday for all football fans in honor of the greatest athlete of all time. It is always a joy to congratulate the greatest of all”, said the president of the Brazilian Football Confederation.

Pelé played 1,366 games and scored a total of 1,282 goals, of which 1,091 were for Santos, who had already paid tribute to Pelé in last Saturday’s match against Corinthians and returned to celebrate the anniversary with a video with goals from shirt number 10 on Sunday. Neymar Jr. also wished Pelé congratulations with a video published by Santos.

“October 23, 1940. Edson Arantes do Nascimento was born, the one who would become the greatest legend in world sport. 82 years of life. 82 years of reign. Thank you for existing and for writing your story with Santos FC. Happy birthday , Pele. You are eternal! #PELÉ82. The biggest, the best and the eternal. It’s been 82 years of reign and a love story with the sport and with Santos FC. Football will still have countless other stars, but Rei will be always just one”, published Santos.

Pelé was revealed by Santos in 1957 and, for the Brazilian team, he became the only athlete to win three World Cups of the four he played, the first of them at the age of 17, in 1958. Pelé is the top scorer of the Brazilian team, with 95 goals scored.

The tributes were extended between Brazilian and international clubs. The official profile of the Copa Libertadores, won twice by Santos de Pelé, in 1962 and 63, also celebrated the King’s 82nd birthday. Current finalist of the competition, Flamengo also spoke.

“Thrice world champion, athlete of the century and top scorer in history, Pelé turns 82 today! To the King of Football, who has already paraded his genius with Manto, our big hug. Congratulations, long life and good health! Thank you for enchanting so many generations with his talent”, published the Rio de Janeiro team.

Through a video on his social networks, Edson Arantes do Nascimento thanked the congratulations. “On my birthday, I just want to express my gratitude. Life is very good. Completing 82 years with you, in good health, is the best gift. Thank you for everything I have received”.

Pele has adopted a more discreet stance in recent years, both publicly and on social media. The King went through a series of hospitalizations in late 2021 when he was diagnosed with a colon tumor. He underwent surgery and underwent chemotherapy sessions.

In January, tests found a metastasis that reached Pelé’s intestine, lung and liver. The following month, he was hospitalized again, this time for a urinary tract infection. In April, he spent a few days at the Albert Einstein Hospital for new procedures, including tests and cancer treatments. Since then, the King has followed the treatment at home.

Tags news near me news of the day today's news