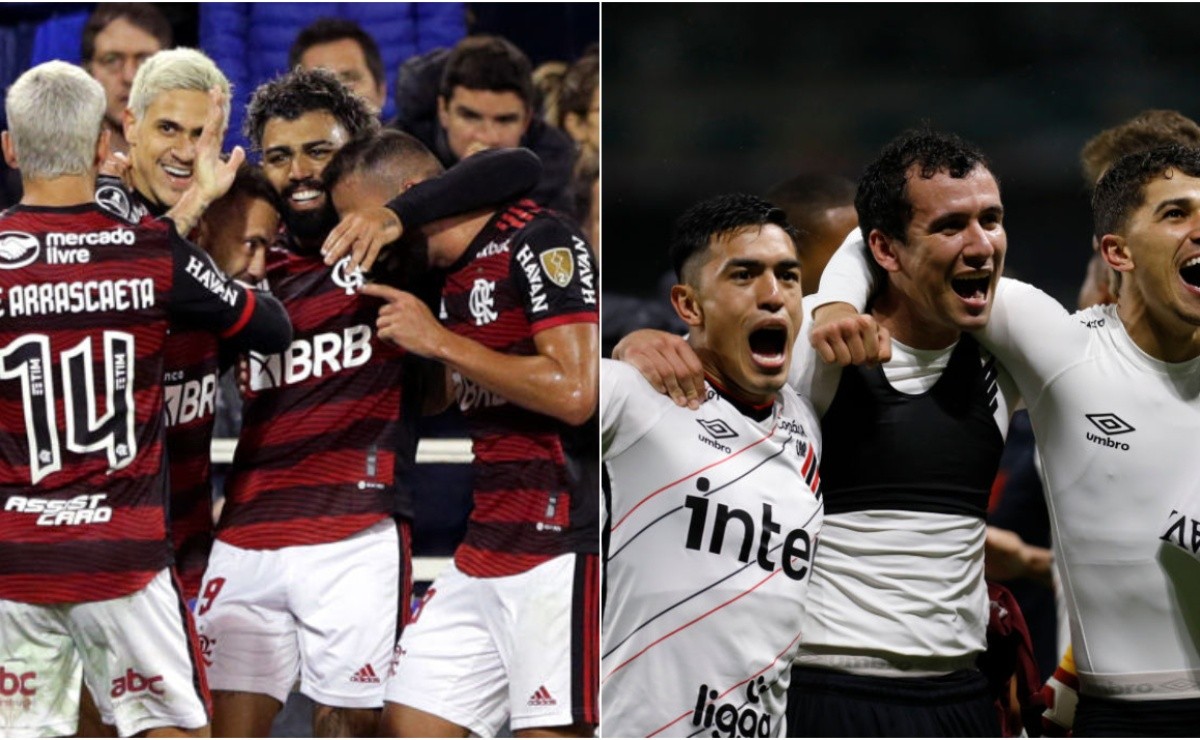 Remember how all the continental finals between Brazilian teams were

The 2022 Libertadores will have a decision between Brazilian teams and the match between Athletico and Flamengo will be broadcast on Star+. This will be the 16th continental decision between clubs in Brazil, with the South American, Recopa, Supercopa, Libertadores and Gold Cup finals. So, we brought the main finals between the teams of our country and who were the champions. Check out:

Flamengo and São Paulo faced each other in the Supercup in 1993. The tournament brought together all the Libertadores champions. The team from Rio had won in 1981 and São Paulo in 1992.

The Copa Ouro was a competition between the champions of the Supercopa, Libertadores, Conmebol and the Copa Master of the Supercopa. The second edition was in 1995 and had São Paulo, Cruzeiro, Vélez and Independiente.

The final was between São Paulo and Cruzeiro. The first match ended with a 1-0 Tricolor victory at Morumbi. The second game at Pacaembu, Cruzeiro won by the same score and the decision was on penalties, with Celeste winning 4-1.

In 1996, there was another Gold Cup final between Brazilian teams. The participants of the edition were Grêmio, Flamengo, Rosario Central and São Paulo.

São Paulo and Flamengo decided the edition, with all games taking place at the Vivaldo Lima Stadium, in Manaus, on August 16th. Rubro-Negro beat Tricolor 3-1.

Before the Sudamericana, the Copa Mercosul was the second most important competition in Conmebol. In 1998, the first edition took place, which had Corinthians, Cruzeiro, Flamengo, Grêmio, Palmeiras, São Paulo and Vasco. In addition to teams from other countries.

The final was between Palmeiras and Cruzeiro. The first two games were a victory for Cruzeiro and another for Palmeiras. Due to the tie in the number of goals, the third match was played and ended with the score of 1 to 0 for Palmeiras, who became champion.

The 1999 Mercosur Cup was again played between Brazilian teams, with the same seven teams as the previous year.

The final was between Palmeiras and Flamengo, with a Rubro-Negra victory by 4 to 3, and a tie in 3 to 3, the carioca team was the champion.

In the 2000 edition, Corinthians did not participate, but Atlético-MG did. So, the Brazilian teams were: Cruzeiro, Flamengo, Grêmio, Palmeiras, Galo, São Paulo and Vasco

The final was between Palmeiras and Vasco. First leg: 2 to 0 for Vasco. Return match: 1 to 0 for Palmeiras. The third game had another victory for the Carioca team, 4-3.

The 2005 Libertadores was the 46th edition of the competition and had Santos André, Santos, Athletico, São Paulo and Palmeiras representing Brazil. In the quarterfinals, Hurricane got to eliminate Santos.

In the decision, São Paulo and Athletico played two games on July 6th and 14th. The first game took place in Porto Alegre, in Beira-Rio, away from Athletico’s home. The match ended 1-1.

In the second game, São Paulo ran over Hurricane, for a 4-0 victory and took the title.

For the second year in a row, Libertadores had a Brazilian final. In the round of 16, São Paulo passed Palmeiras.

The final was between Internacional and São Paulo, on August 9 and 16. Inter won the first game 2-1, drew the second 2-2, and took the title.

The 2013 Recopa was between Corinthians and São Paulo. Timão was the 2012 Libertadores champion and the Tricolor South American champion in 2012.

The 2020 Libertadores had a final between Brazilians for the third time in history. In the knockout stage, Santos even passed Grêmio and Boca Juniors, and Palmeiras eliminated River Plate.

The final between Palmeiras and Santos was a single game and ended with a 1-0 victory for Palmeiras, in a goal in stoppage time.

The 2021 Libertadores was again between Brazilian teams. Palmeiras eliminated São Paulo and Atlético-MG. Flamengo had an easier path, passing through Olimpia and Barcelona de Guayaquil.

The final took place on November 27, with a 2-1 victory for Palmeiras, and Verdão winning the second championship.

The 2022 Recopa was between Palmeiras, due to the Libertadores title, and Athletico, for the Copa Sudamericana.

The 2022 Libertadores will be the 5th decision of the tournament between Brazilian teams, with the final between Flamengo and Athletico on October 29. No one will want to miss this historic decision and you can watch it live here.