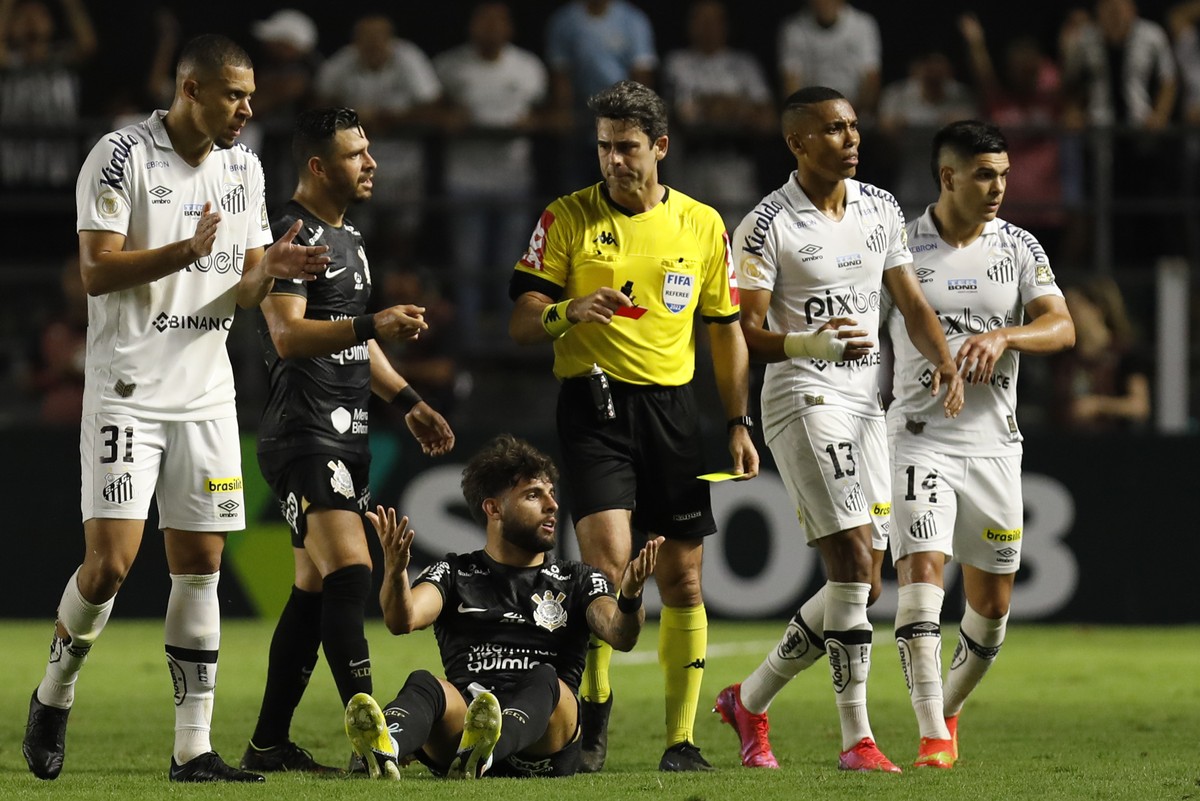 According to the referee, a glass was thrown onto the field by the Santos fans at 30 minutes of the second half. The episode may yield financial punishment to the Fish.

Flávio Rodrigues de Souza also reported that Corinthians football manager Alessandro Nunes invaded the field during the break to complain about the expulsion of Yuri Alberto. Also according to the summary, the manager also went to the pitch in celebration of Timão’s goal, at the end of the match.

Alessandro Nunes can go to trial at the Superior Court of Sports Justice and is at risk of suspension.

Another incident that occurred in the classic and reported on the summary was the overflight of Vila Belmiro by a drone. The game came to a halt for a few minutes in the second half because of the object.

Last Saturday’s match had two players sent off. Yuri Alberto, from Corinthians, received two yellow cards in the first half. In the final stage, the same thing happened with Santos Lucas Barbosa. 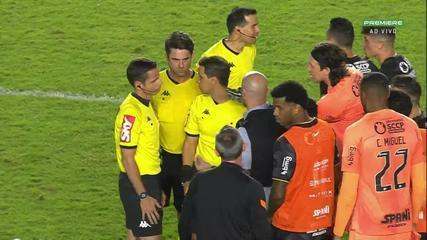 Alessandro Nunes, Corinthians football manager, complains to the referee at the end of the first half

Peixe returns to the field on Tuesday, when he faces Flamengo, at Maracanã. Timão will face Fluminense, on Wednesday, at Neo Química Arena. 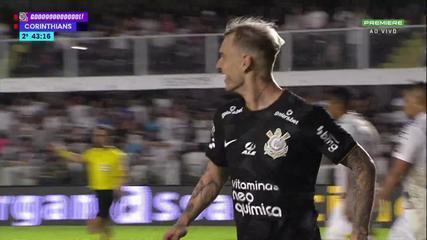 Best moments: Santos 0 x 1 Corinthians for the 33rd round of the Brasileirão