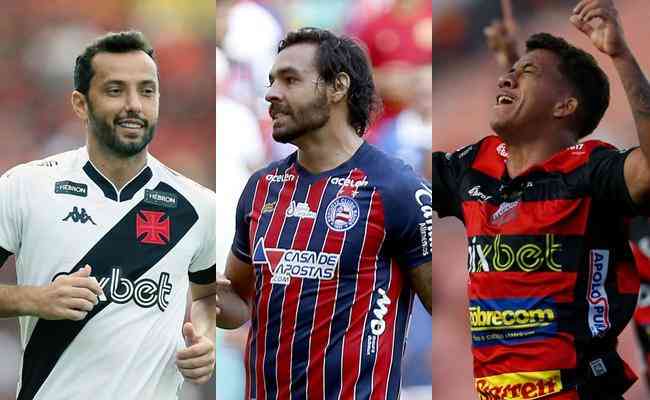 Vasco, Bahia and Ituano push the final straight of Serie B; see chances of access

With two rounds to go in the championship, there are two spots left in the G4 of Serie B. After leader and champion Cruzeiro guarantee access in early October, the

The gachos confirmed their classification this Sunday (23/10), after beating Natico 3-0, for the 36th round. Check out the survey carried out by Superesportes with the numbers of teams that are still struggling to rise.

According to the Department of Mathematics of the Federal University of Minas Gerais (UFMG), Vasco has 96.7% of playing in the First Division next season. Cruz-Maltino is in third place in Serie B, with 59 points.

In the 37th round, the Cariocas face Sampaio Corra in So Janurio, Rio de Janeiro. In the last game of the championship, they played against Ituano, at Novelli Jnior, in Itu, in the interior of So Paulo.

All teams will play the final round of the Second Division on November 6 (Sunday) at 6:30 pm. The competition ends two weeks before the start of the World Cup, played in Qatar between the 20th of November and the 18th of November.

UFMG mathematicians state that the possibility of Bahia returning to the elite is 95.3%. The Tricolor de Ao is in fourth place in Serie B, with 58 points.

Their next opponents are Guarani, at Fonte Nova, in Salvador (37th round) and CRB, at Estádio Rei Pel, in Macei (38th round).

Ituano Serie A access probability of 7.1%. To guarantee their participation in the First Division of the Brazilian Championship, the Paulistas need to win both games and hope that one of the other two candidates (Vasco and Bahia) does not score more than 60 points.

Itu’s team, which is in fifth place with 54 points, will face Londrina, at Estdio do Café, in Londrina, in the 37th round. In the final game of the championship, dueling with Vasco at Novelli Jnior, in Itu.

If Cruz-Maltino wins against Sampaio Corra next Thursday (27/10), he will guarantee the elite classification of national football. In the event of a defeat or a draw for the Cariocas, and a red-black victory this week, Ituano will still be able to take Vasco’s spot in the last match.

In addition to Vasco, Bahia and Ituano, there are still three more teams that are likely to advance to Serie A, but with much lower chances than the trio.

Previous In Rome, Macron says peace cannot be the law of the strongest
Next Cancer vaccines could arrive before 2030, say scientists