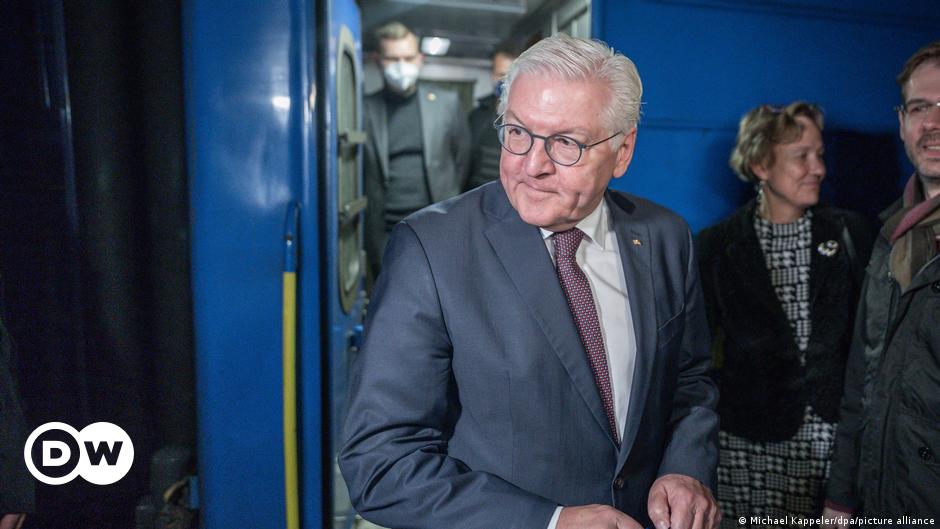 German President Frank-Walter Steinmeier landed on Tuesday morning (10/25) in Kiev for a surprise visit to Ukraine. A meeting with Ukrainian President Volodymyr Zelensky is on the German politician’s agenda.

“My message to Ukrainians is: we are not only on your side, but we will also continue to support Ukraine – militarily, politically and financially and with humanitarian aid,” Steinmeier said as he disembarked the train.

Steinemeier said it was important to show solidarity with the country, which is currently facing several bombers on civilian infrastructure. Early in the morning, the German politician visited Korjukiwa – a small town in the north of the country that was occupied by Russian troops. In addition to seeing with his own eyes the destruction caused by Russia, the German president intends to talk to the Ukrainians.

“Like many Germans, I look up to the Ukrainians with admiration. For their courage, their irreducibility, which they show not only on the front, but also in bombed cities and rural areas,” Steinemeier said.

The World Bank estimated in September that $350 billion would be needed to rebuild the country by that point. This figure is higher than Ukraine’s Gross Domestic Product (GDP), which stood at 200 billion dollars in 2021.

This is the German president’s first visit to Ukraine since the start of the war on February 24. He even planned to go to Kiev in April, but was uninvited by the Ukrainian government due to the pro-Russian position he had when he was part of Angela Merkel’s government, which promoted a rapprochement with Moscow.

The Social Democrat Steinmeier was foreign minister in two Merkel administrations. He also defended the construction of the controversial Russian gas pipeline Nord Stream 2, which had its licensing process interrupted by Berlin due to the escalation of the conflict in Ukraine.

In Berlin, the uninvitation was seen as an unprecedented diplomatic and political affront. Shortly afterward, German Foreign Minister Annalena Baerbock was the first German government representative to visit Ukraine on May 10. German Federal Chancellor Olaf Scholz was in Kiev in mid-June.

Steinmeier announced last week that he was going to Ukraine. The trip, however, had to be postponed for security reasons. For weeks, Russia has been carrying out a series of air strikes on several cities in the country. The bombings seriously damaged the country’s electrical and heating grid. Without a quick rebuild of this infrastructure, many Ukrainians have had to go through a winter of blackouts and cold.

At the meeting between the presidents, Steinmeier and Zelensky are expected to ask German cities to partner with Ukrainian localities aimed at promoting aid during the winter.