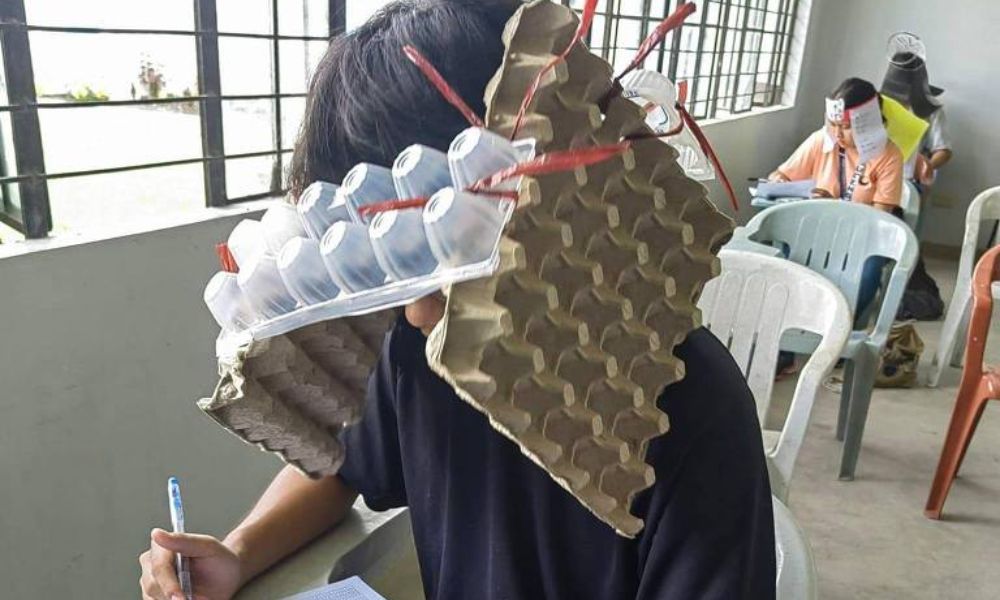 Idea went viral on social media and gained coverage in the country; founder of the project said that the idea is to ensure the integrity of students

schools in Philippines are adopting a somewhat innovative method to prevent students from cheating during exams. They are deploying ‘anti-glue’ hats made from egg cartons and cardboard, a report by BBC. The innovation went viral on social media after students at the University of Legazpi, south of Manila, adopted the accessories to take part-time exams. The idea came from mechanical engineering professor Mandane Ortiz, who said she was looking for a fun way to ensure the integrity of university students. According to her, the proposal was well accepted by the students who created their own hats with materials they found around them. It wasn’t just on social media that the idea went viral. After the photos began to circulate, other professors, such as Mike Balanay, from Batangas State University’s Rosario campus, took up the trend. In an interview with the portal Cebu Daily News, he said that the proposal was a way to reduce tension between students the first time they took a face-to-face test after the Covid-19 pandemic. The implementation of these ideas did not make it mandatory, each person could choose whether to accept it or not, and most students chose to participate in the proposal.