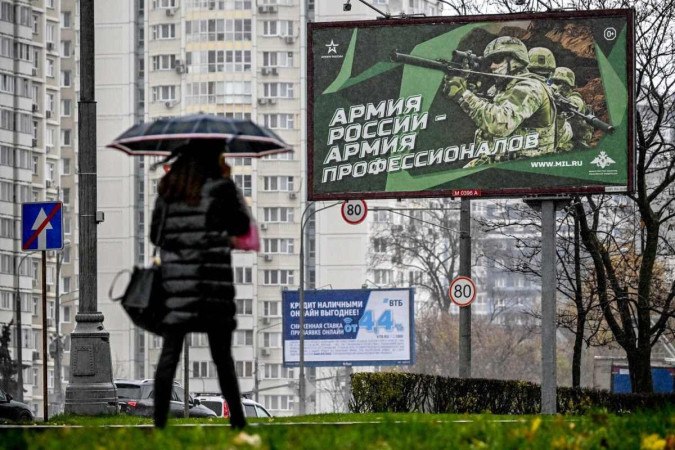 Russia has accused Ukraine of entering the “final phase” of manufacturing a “dirty bomb”, a charge rejected by Kiev, which has invited experts from the International Atomic Energy Agency (IAEA) to visit its facilities. “According to the information we have, two Ukrainian organizations have specific instructions for creating the so-called ‘dirty bomb’. The work has entered the final phase,” said Lieutenant General Igor Kirillov, commander of the Department of Radiation, Chemicals and Biologicals at the Russian army.

“The purpose of this provocation is to accuse Russia of using weapons of mass destruction in Ukraine and thus start a major anti-Russian campaign in the world”, he accused, before declaring that Kiev seeks “to intimidate the local population and increase the flow of refugees across Europe”. “The detonation of a radioactive explosive device would inevitably lead to contamination of the region on a surface that can reach thousands of square meters”, he warned.

Kirillov also blamed the UK government for maintaining “contacts” with Ukraine “on the issue of potential acquisition of (necessary) technologies for the production of nuclear weapons” by Kiev.

Russian Armed Forces Chief of Staff Valeri Gerasimov reiterated allegations about the alleged “dirty bomb” in a telephone conversation with his American counterpart, according to the Russian Defense Ministry.

Moscow’s accusations that the Ukrainian government would want to resort to a “dirty bomb” are “false”, Paris, London and Washington said in a joint statement. Kiev called the statements “absurd and dangerous”.

On Sunday night, Ukrainian President Volodymyr Zelensky called for “the harshest possible response” from his Western allies. For his part, the secretary general of the North Atlantic Treaty Organization (NATO), Jens Stoltenberg, warned Russia not to escalate the conflict in Ukraine with “false claims” that Kiev plans to detonate a “dirty bomb”.

“NATO allies reject the charge. Russia must not use this as a pretext for an escalation of the conflict,” Stoltenberg said in a tweet, after speaking with US Defense Secretary Lloyd Austin and UK Defense Minister. United, Ben Wallace.