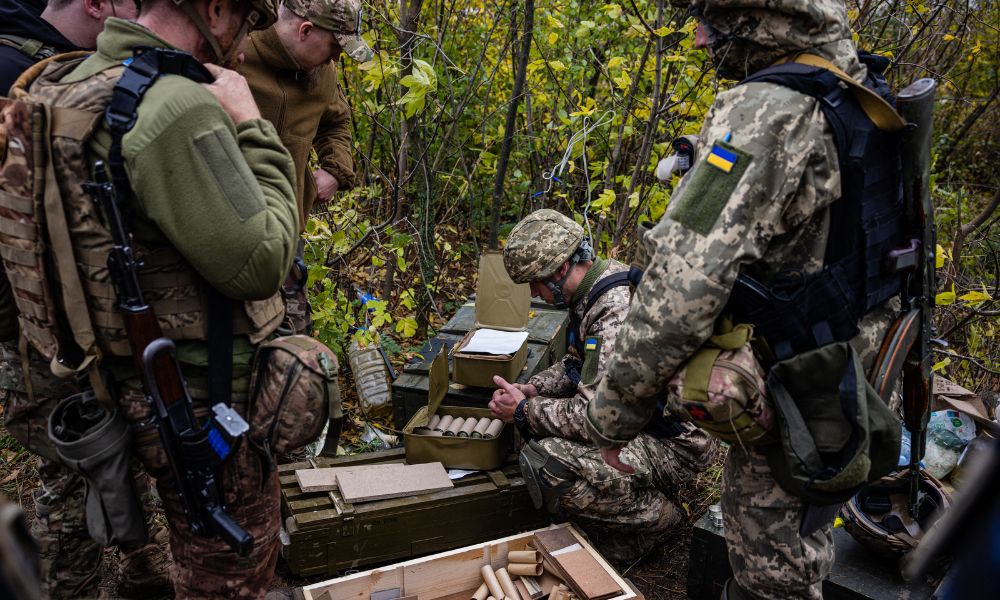 Dimitar DILKOFF / AFP‘Dirty bomb’ is a conventional bomb encased in radioactive materials intended to be dispersed in the form of dust during the explosion.

THE Russia accused the Ukraine to prepare a ‘dirty bomb’ attack to blame the troops of Vladimir Putin of “mass destruction in Ukraine and thus start a major anti-Russian campaign in the world”, he accused, before declaring that Kiev It seeks to “intimidate the local population and increase the flow of refugees across Europe,” Igor Kirillov, commander of the Russian Army’s Department of Radiation, Chemicals and Biologicals, said in a statement. “According to the information we have, two Ukrainian organizations have specific instructions for creating the so-called ‘dirty bomb’. The work has entered the final phase,” he added. Kirillov also accused the UK government of maintaining “contacts” with Ukraine “on the issue of potential acquisition of (necessary) technologies for the production of nuclear weapons” by Kiev. Ukraine rejects the accusation and has invited experts from the International Atomic Energy Agency (IAEA) to visit its facilities. They called the allegations “absurd and dangerous”. The president Volodymyr Zelensky called for a “hardest possible” response from its Western allies. “If Russia says that Ukraine is preparing something, it means only one thing: that Russia has already prepared all this”, reacted the Ukrainian president.

In a statement, Paris, London and Washington said Moscow’s accusations were false. This Monday (24), Ukrainian Foreign Minister Dmitro Kuleba said he had discussed the matter with the head of the IAEA, Rafael Grossi. The chancellor officially invited the IAEA to “urgently send experts to peaceful facilities in Ukraine”, where Russia “falsely claims” that Kiev is developing a “dirty bomb”. “Gossi accepted. Unlike Russia, Ukraine has always been and remains transparent. We have nothing to hide,” said Kuleba. On Sunday, Russian Defense Minister Sergei Shoigu told his American, French, British and Turkish counterparts his “concerns regarding possible provocations by Ukraine with the use of a ‘dirty bomb'”. Ukrainians and Western officials suspect that Russia may be preparing to detonate a “dirty bomb” and blame Ukraine, then justify a military escalation with a tactical nuclear weapon in reprisal. At the start of its offensive, Moscow accused Ukraine of preparing bacteriological weapons in secret US-funded laboratories. Kiev has categorically denied these allegations.

What is ‘dirty bomb’?

The “dirty bomb” that Moscow says Ukraine intends to detonate on its own soil is not a nuclear device, but a conventional bomb encased in radioactive materials intended to be dispersed in the form of dust during the explosion. The term “dirty bomb”, also called “radiological dispersion device” (or RDD, for its acronym in English), designates any device that, when detonated, spreads one or more chemically or biologically toxic products (or NRBC, acronym for nuclear, radiological, biological, or chemical). This type of bomb is not considered an atomic weapon. Its explosion results from nuclear fission or fusion and causes immense destruction over a wide radius. Making an atomic bomb requires complex uranium enrichment technologies. Much less complicated to manufacture, the “dirty bomb” uses a conventional explosive. Its main objective is to contaminate a geographic area, as well as whoever is in the region, both with direct radiation and by ingesting, or inhaling, radioactive materials.

The main danger of a “dirty bomb” comes from the explosion, not the radiation. Only people who are very close to the outbreak site would be exposed to levels of radiation capable of causing immediate serious illness. Radioactive dust and smoke can, however, spread further and pose a health risk if air is inhaled or if contaminated food or water is ingested. The radioactive materials necessary for the elaboration of this type of artifact are usually used in hospitals, research centers and industrial or military establishments. In March 2016, the terrorist cell responsible for the Brussels bombings planned to manufacture a radioactive “dirty bomb”, after video monitoring a Belgian “nuclear expert”.

Previous Gerson’s father detonates coach and reveals plans to leave Marseille in January | Sport
Next Vikings: Actress says she has trouble watching herself on TV