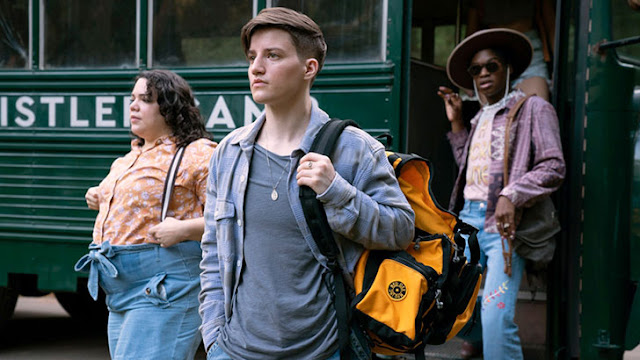 Christmas is one of the most contagious, magical and long-awaited times of the year. And on October 25th, Telecine begins the two-month countdown to the date with a super special. From 10:40 am, Santas, typical foods, gifts, unexpected loves and themed tracks create a Christmas atmosphere at Touch with the movies Christmas unforeseen, A Different Family Christmas, Christmas takeoff, Just friends, A Christmas Proposal, Happiness Under the Christmas Tree, A Baby at Liddle’s Christmas, Love Doesn’t Take a Vacation, An Almost Perfect Christmas and It’s Time to Spend Christmas at Home. Tuesday also features a novelty at Cult: the unprecedented French comedy A Noite do Triunfo, at 10 pm, directed and scripted by Emmanuel Courcol.

On Wednesday, the 10 pm band at Fun brings together the whole family with trolls, full of fun, colors and music. The next day, Thursday, the 27th, at the same time, the Cult raises the temperature with Benedetta. For those who like the genres, Telecine’s online collection, within Globoplay and via operators, offers inviting thematic selections for an immersion in good stories, such as Kids, full of other animations, and Picantes Films.
And on Friday, at 8:10 pm, Popcorn night will be in great company with Ruby Rose and a triple combo of productions starring the Australian: the Protector, Threat on board and Xxx: Reactivated. If you are a fan of “adrenaline everywhere”, you can also take advantage of more tips on the platform, which offers a cinelist with more than 100 action movies.
For Saturday, Action has prepared a program fueled by adventure and fantasy. From 3:20 pm, there is The Mummy (1999), The return of the mummy, The Mummy: Tomb of the Dragon Emperor and The Mummy (2017) in sequence. On the date, National Book Day is celebrated and Pipoca brings together in a double dose, which starts at 8:05 pm, two authors of fiction: Henry, Sam Claflin’s character in the comedy The Book of Loveand Loretta, Sandra Bullock’s novelist in Lost City. Telecine’s online catalog also has a cinelist filled with films based on literary works. There are more than 60 productions of different genres and for all tastes.

The atmosphere of Halloween, celebrated on the 31st, also invades Saturday with the Superpremiere of They/Them – the Camp, at 22:00, at Premium. With the Première Telecine label, John Logan’s film is set in a conversion therapy camp for LGBTQIA+ youth, led by Owen (Kevin Bacon). The experience gets even more macabre when a mysterious killer starts taking victims on the spot. Brazilian Darwin del Fabro, Theo Germaine, Anna Chlumsky, Carrie Preston, Quei Tann, Austin Crute, Boone Platt and Mark Ashworth join Kevin Bacon in this terrifying production. On Sunday, it’s the production’s turn to debut at Pipoca, within a special dedicated to one of the horror sub-genres with the most franchises and fans, the slasher. It starts at 5:55 pm and also has Panic (2022) and Halloween Kills: The Terror Continues.

Horror also dominates programming with marathons in honor of Halloween. Also on Sunday, the 30th, Cult shows from 16:10 The Office of Dr. Caligari, Night of the Living Dead, Midsommar: Evil Does Not Wait for the Night, At Midnight I’ll Take Your Soul and Censor. On Monday, the night will be mysterious with scares, enigmatic plots and serial killers in Action. Panic (1996) the special opens at 6:20 pm, which also includes deadly prank, The last witch Hunter, Saw 2 and Halloween 2 – The Nightmare Continues!.