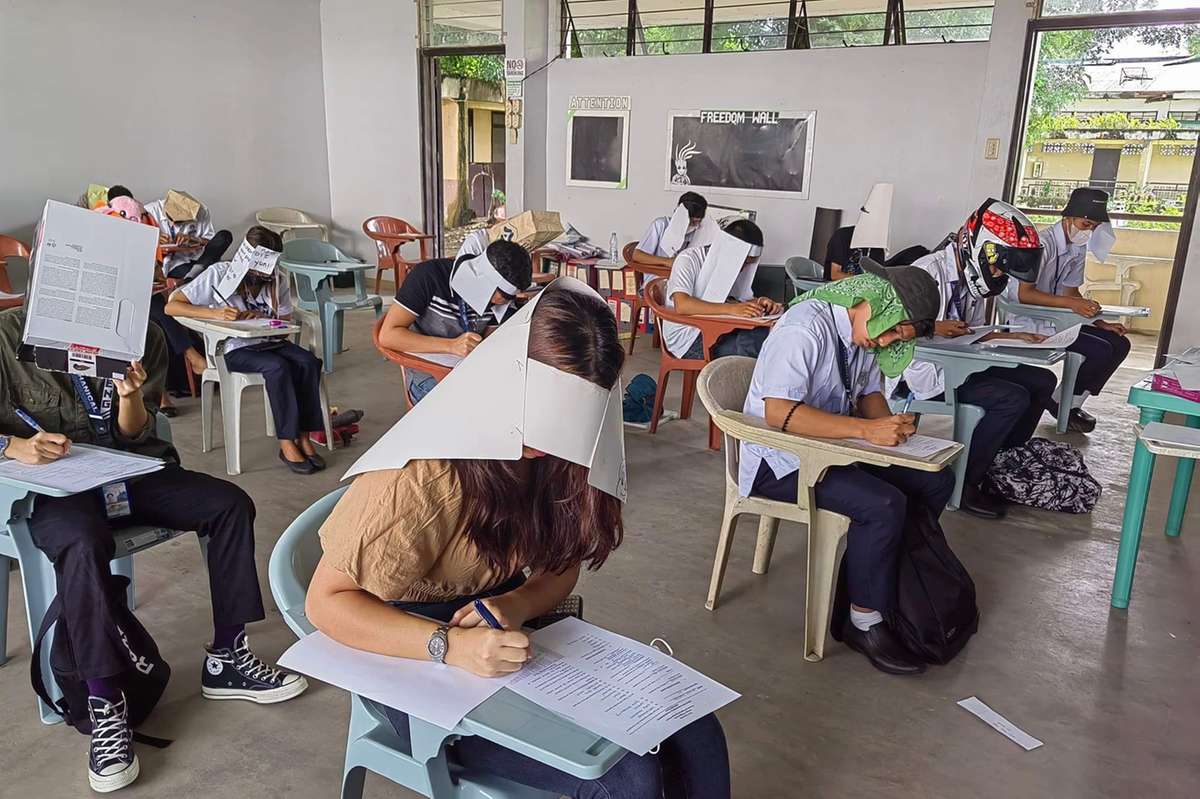 To inhibit, or even end the custom of cheating among students, an educational institution in Legazpi, Philippines, created the so-called “anti-cheating hats”. The unusual invention went viral on social media in the last week.

According to the BBC, the person responsible for the “anti-glue hats” was the professor of mechanical engineering at the University of Bicol, Mary Joy Mandane-Ortiz. She claims she was looking for a fun way to ensure the integrity and honesty of the tests, until she came across images of college students in Bangkok, Thailand, wearing blinders—accessories placed on horses’ heads—in classrooms.

Mandane-Ortiz reports that the students approved the idea and created the “sticky hats” in minutes, with whatever they found around them. One of the students improvised blinders with three empty egg cartons, for example. Others opted for helmets and even Halloween masks.

Through social networks, the images of students using the glue-proof utensils won thousands of likes. As well as inspiring other teachers from other parts of the Philippines to do the same.

This was the case with Mike Balanay, a professor at the Rosario campus of Batangas State University, according to the regional portal Cebu Daily News.

To the vehicle, he tells that he used the artifice with the aim of reducing the tension between his students in the first face-to-face test after the pandemic. The professor also explains that the measure was adopted completely voluntarily and says that he never imagined that most students would adopt it.

Some of his students’ creations included a mask made from a garbage bag, blinkers crowned by a signal cone, and even a hat simulating a coffin. Adorned with a cross and flowers, his tombstone reads: “in loving memory of my part-time exams”. (With Folhapress)