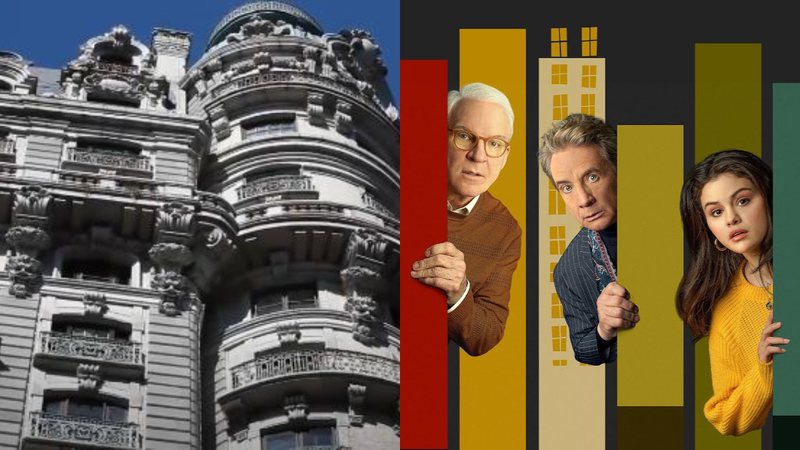 The hotel became famous when it appeared in the new Hulu series, which features Selena Gomez

The series ‘Only Murders In The Building’ became a ratings success and one of the big surprises of 2022 in the business. The production that has the main cast Martin Short, Steve Martin and Selena Gomez, It also has an important character: the building itself.

The home of crime-solving podcasters on the Upper West Side is Arconia, which is filmed using a mix of indoor sets with wallpaper galore in the Bronx, cobblestones on the Belnord’s facade, and various locations indoors, outdoors, and around. of the city.

Although the Belnord building attracts the attention of fans, the name of Arconia actually refers much more to the Ansonia building, the legendary luxury apartment tower that occupies an entire block on Broadway between 73rd and 74th streets. consists of 17 floors and 400 unique units. A 3,000-square-foot, 4-bedroom, 3-bathroom unit is now listed for nearly $9,000,000.

William Earl Dodge Stokesinherited a million dollars after suing his brother after his father’s death, and with that, he walked away from the family business, which was mining and invested in furniture and development on the Upper West Side, which until then was a very poor neighborhood in the late 1800s.

But on the other side of town, stocks saw a picture in a window of a 15-year-old heiress known as Rita Hernandez de Alba de Acosta, and decided that he would marry her, even though she was still a teenager. He, who was 42 years old, said he liked newly pubescent girls. Many believe that Rita married him for money.

She had only one child with him and left around age 21, with what was considered the biggest divorce settlement at the time, being $2 million in cash and $36,000 annually in child support.

The land on which the building stands also has sad roots, as it was once part of the New York Orphan Asylum. He imagined the place like Broadway, paved and free of orphans, just a glamorous avenue with services for well-dressed customers. On this site, he would build the “largest hotel in Manhattan”, with all the perks possible.

The building contained the world’s largest indoor swimming pool, Turkish baths, a large fountain that housed live seals, and restaurants that were decorated in the style of Louis XIV. Ansonia was opened in 1904 and had a bank, a ballroom, a tailor shop and a barber shop.

stocks imagined Ansonia as a kind of self-sustaining utopia. He lived with 4 geese and a pig as personal pets, while the other animals were on the roof, such as the ducks, 500 chickens, 6 goats and a small bear. Due to the large number of chickens, eggs were delivered to tenants daily.

To stop the so-called “farm in the sky”, the Department of Health intervened in 1907, but stocks continued hiding the illegal animals in the hotel. When Helen, his second wife, divorced Stokes, in the mid-1920s, she told the judge that he had 47 chickens around the luxurious residence.

Over the years, many athletes have resided at Ansonia, such as Babe Ruth and the boxer Jack Dempseybut nothing compared to the behavior of Chick Gandil, the Chicago White Sox first baseman. He got together with the team’s pitcher to meet with a former player who represents the king of the game. Arnold“The Big Bankroll” Rothstein.

They agreed, for less than $10,000, to play the World Series against Cincinnati in what would be the biggest baseball scandal in history.

Many nasty people frequented the Ansonia, such as Al Adams, aka “The King of Politics” or “The Baddest Man in New York”, moving from his cell in Sing Sing to the Ansonia. After staying at the site for 2 years, he was found in suite 1579 dead by a bullet.

The coroner claimed it was suicide, but previously they claimed that Adams was murdered by Stokes, due to an unpaid debt.

The hotel owner was shot by his 22-year-old lover, lillian graham. She was a dancer and allegedly attacked her when she refused to return racy love letters they would have exchanged and for his refusal to pay $25,000 in blackmail. stocks was shot 3 times in the legs and survived.

stocks he died of old age from severe pneumonia and passed the hotel on to his son, who was not interested in his father’s business. The young man sold the building to a corrupt owner, who bankrupted the hotel. The Ansonia went to auction and was bought for 50 thousand dollars, by Jacob Starr.

In 1977, the baths were closed and Plato’s Retreat was opened, which was considered one of the most famous and infamous sex clubs in the world. Added to the venue, which was “members only”, mattresses on the floor, jacuzzi for more than 50 people, “clothing optional” disco dancing, open bar and full buffet.

Previous Prediction: Benfica vs Juventus – for the Champions League
Next Palmeiras can be champion of the Brazilian this Wednesday; check the account