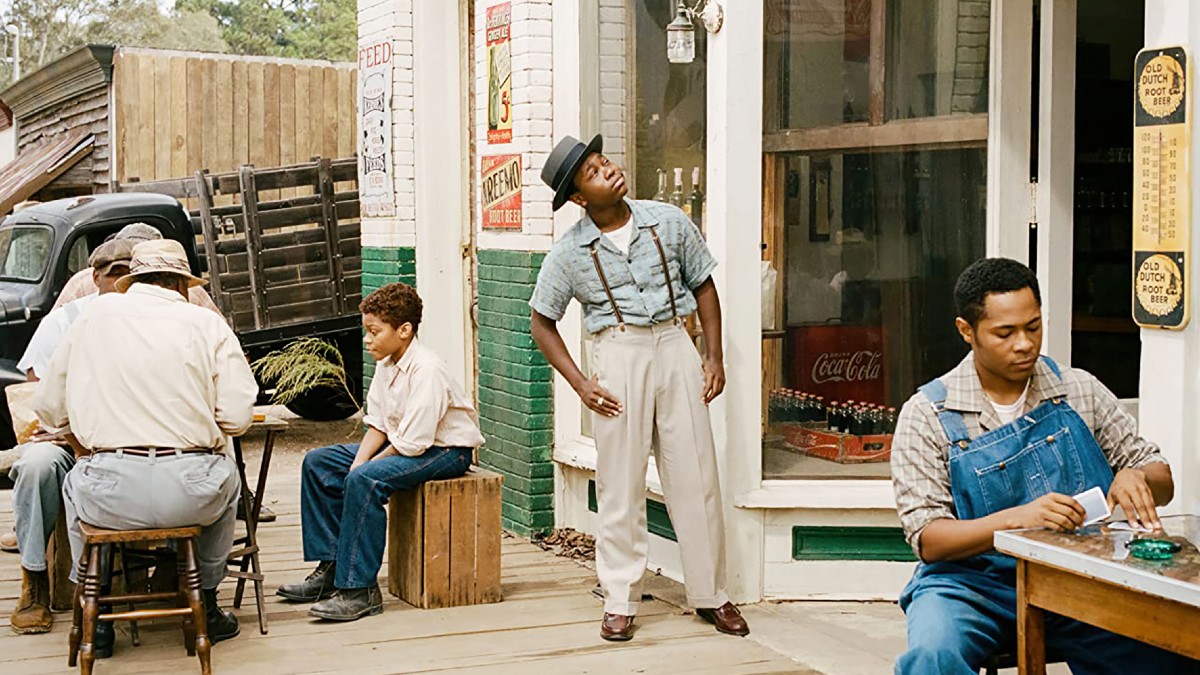 Till: The Quest for Justice – Film Scenes – Review

nothing in Till it is necessarily drawn the way we would normally see it. At this point, we already have the exact frame of how an ‘Oscar-bait’ biography will come to us, and we seldom get the prediction wrong. The films are produced inside a cake pan, for the industry to consume without much visual sophistication or narrative elaboration; in short, the so-called ‘square film’ usually comes out of this bibliographical historical field. Cinema has always been in that place of the relevant shell that can barely hide a bureaucratic one, after all, the destiny of these films is to produce an indication/victory of their interpreters in awards, in general. From time to time something like this film comes along, which, minimally thought out, already jumps to the eye as a realization.

This mark is marked from the first scene, where mother and son sing in the car. The counter plongée under which we observe Mamie Till, which gradually dissolves, so that we can perceive the path of the character, who leaves an ordinary ditch of existence to reach the value of the lens, without surpassing it, which only happens finally in the scene Final. It’s a way of showing the political birth of the value of this woman, who faces the pain of losing her son in the most barbaric way possible to find a voice she didn’t even care to have. It seems silly, even quite cliché, to conceive this reasoning for a realization that should already explore it. But for those who have been educated on the basis of ray, Dallas Buyers Club and The Imitation Gameknows these choices are exquisite for the Hollywood industrial machine.

We have no other culprit to present for the case than Chinonye Chukwu, the director who doesn’t want to deliver just one vehicle. Or rather, why deliver a lame vehicle, full of carburetor, valves and even engine problems, when you can sell a car at least with a preserved appearance? Till is magnified thanks to the perseverance of this director, who made Clemency, two years ago, a sensation at Sundance and a serious contender in the awards season, where he unfortunately didn’t make it. This time, with an MGM behind it, the conversation seems to be changing. But the story here isn’t about Oscar (only), it’s about how to make an award-winning product without looking sloppy, rushed, relaxed or just plain ugly.

In theory, films should be evaluated by what they offer, which are their attempts to achieve what is intended – and if the intention is to win little trophies having a vacuum in place of what should be cinema, we play this game. But Till truly does not want only that, but to seek the justice of the title in Portuguese and the autonomy of these taxing and tacky questions about meritocracy in art. The lens with which Chukwu observes the events is not only descriptive, but mainly participatory and communicative. It is a film that takes us inside its aesthetic nuances, providing a particular care for the image, and from there, it is possible to conceive a discussion in an authorial character that can be treated in an adult way, and not only in a didactic way.

Furthermore, Till it is an experience that chases horror, in its structure. And that comes from real events, from the way Mamie dealt with tragedy in her life, and how he behaved in the face of its aftermath. Questioned within her own family, what Mamie does elevates Chukwu’s work, who has the open path to achieve a biased goal – to bring a demonstration of genre cinema into a true narrative. Of a psychological nature, the film enters a terrifying terrain specifically when its protagonist decides to go to the city that took her son’s life to testify in the trial of the accused. All the treatment we see, then, is never less than hateful, from the encounter with an already racist and sadistic child to the posture of adults, who punctuate their actions with the worst possible feelings. The ‘icing on the cake’ is the testimony of the key woman in the case, played by Haley Bennett; I just have to say that it will take some time to stop feeling angry with the actress.

But if Till is essentially a vehicle, albeit one tailored in luxury, how do you rate the work of its star, Danielle Deadwyler? Coming from a chilling participation in Revenge & Punishment, we can say that the actress achieves quite a feat, highlighting the humanity of a destroyed woman. Particularly, this very horizontal interpretation in the same tone, high-pitched from start to finish, without a break in the frame, doesn’t appeal to me very much. Mamie in the movie is a very worried character, tense and stuck in pain even before the events. Deadwyler delivers heartbreaking moments, her every scream seems to tear the viewer in two, but subjectively, I would like to see the character with more than two records, at least.

This is not a problem for the film itself, much more like an idea that is given to the actress. But I can see the adoration around this performance, it seems to make perfect sense. Till it really is a huge opportunity for any professional, and Deadwyler has embraced it tooth and nail. It matches the curves seen in the film itself, which still has the effusiveness of Jalyn Hall, an absolute revelation that connects with the actress in the necessary way. Together, both build the true connection that this type of film intends, which is the empathic bond with any spectator. That Chukwu has done his homework and delivered a film that goes beyond that is another hit that needs to be noted.

A big moment
Arrival at court

Previous Youtuber is ‘trolled’ by friends and has a car covered with World Cup stickers
Next John Textor praises Patrick de Paula’s performance after almost three months without playing for Botafogo: ‘We’re happy he’s back’