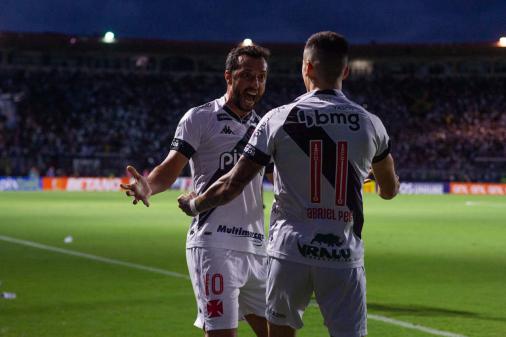 Vasco can go up even with a loss to Sampaio Corrêa; understand

O Vasco lives the expectation of enshrining access to Serie B next Thursday, against Sampaio Corrêa, in São Januário. Cruz-Maltino is in 3rd place, with 59 points, a five-point difference to Ituano, which is in 5th place, with two rounds to go in the competition. The teams face each other in the last round, in Itu, but Vasco’s desire is that this game only serves to fulfill the table.

The chances of that happening are huge, considering that Vasco guarantees access even with a defeat. In this scenario, Ituano (5th – 54 points) would have to tie with Londrina (6th – 53 points), at Estádio do Café, while Sport (7th – 53 points) could not beat Operário, in Recife. It is worth remembering that Ilha do Retiro is prohibited and Leão will play without the presence of his fan in this match.

In the event of a tie with Sampaio Corrêa, Vasco would reach 60 points, mathematically would no longer be reached by Londrina and Sport (both with 53 points) and would win the classification for Serie A with the absence of a victory by Ituano (54 points) .

+ SIMULATE THE LAST ROUNDS OF SERIES B

Already with a victory, Vasco would reach 62 points, would mathematically guarantee access, regardless of the results of their pursuers. According to the Info Bola website, Cruz-Maltino has a 98% chance of gaining access, against 5% for Ituano, and 1% for Londrina and Sport.

This disparity is explained by Vasco’s number of victories in relation to the opponents, 16 against 14. This is the first tie-breaking criterion in Série B. Sport and Londrina would have to count on goal difference, but both have only 2, against 12 of Cruz Maltino. So they would have to win both games, take a big difference in the balance and hope that Vasco doesn’t add points.

Ituano has more chances of access because they have a direct confrontation with Vasco, which would give them the possibility of overtaking them, at home, at Novelli Júnior, in the last round. For that to happen, they will have to beat Londrina and hope for a defeat by Cruz-Maltino against Sampaio Corrêa. In this scenario, the teams would face each other with a difference of just two points.

If Vasco draws with Sampaio Corrêa, Ituano still needs to beat Londrina, but will reach the last round depending on the goal difference. Ituano has 7 goals to go, five less than Cruz-Maltino.

It is worth noting that in the worst case, Vasco could still gain access. For that to happen, Bahia could not add points. Tricolor de Aço is in 4th place with 58 points and faces Guarani (home) and CRB (away).

Sport should be judged this week by the STJD for the invasion of fans on Ilha do Retiro, in a 1-1 draw with Vasco. Because of the confusion, the Lion runs the risk of being declared the loser, which would give Cruz-Maltino two more points and, consequently, mathematical access.