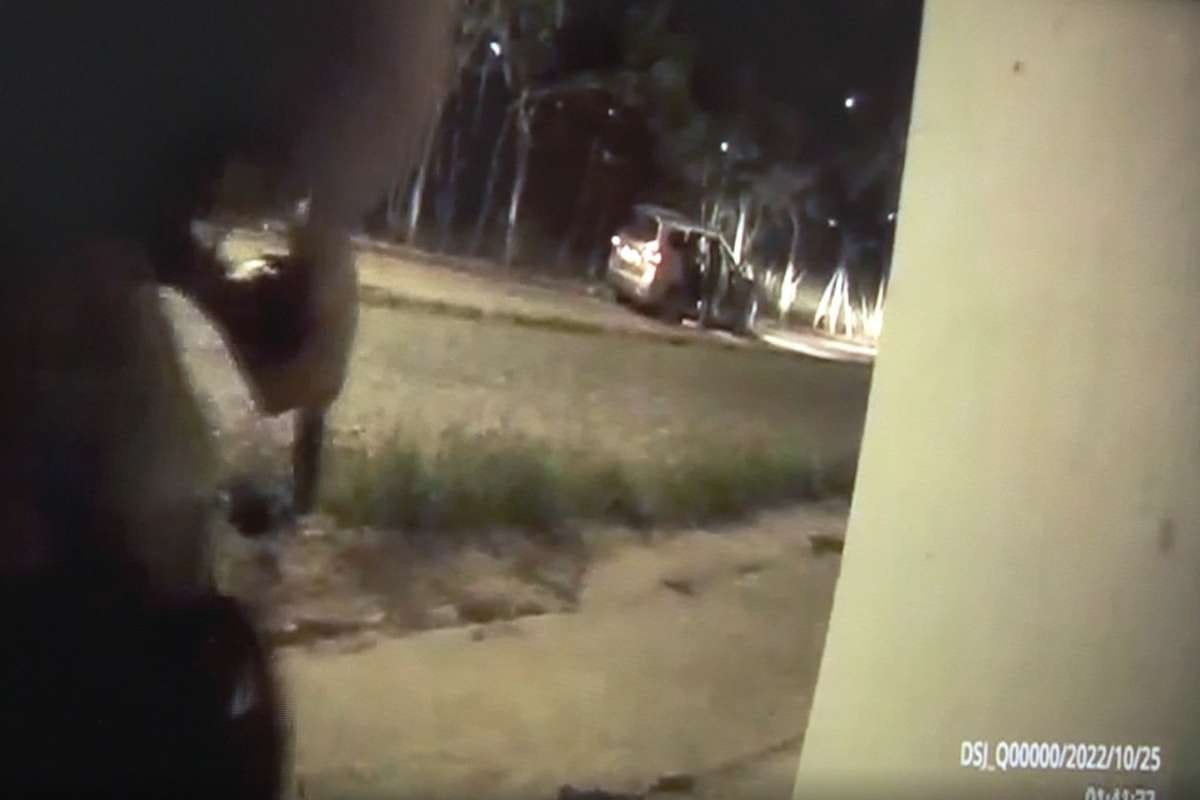 The police chase that ended with the death of three suspected kidnappers a lieutenant at the end of the night of Monday (24), in Corinto, in the central region of Minas Gerais, was captured by the camera attached to the uniform of one of the soldiers. The information and images of the video were released this Tuesday (25) during a press conference by the Military Police (PM).

In the images, it is possible to see the vehicle being pursued while the suspects shoot. The police do not fight back, since the lieutenant of the corporation, kidnapped the night before, would be inside the car. At one point, the suspects stopped the vehicle and fled on foot through a wooded area, leaving the victim inside the vehicle. Watch:

The police chase that ended with the death of three suspects of kidnapping a lieutenant late on Monday night (24), in Corinto, Minas Gerais, was captured by the camera attached to the uniform of one of the soldiers. The information and images of the video were released by the PM. pic.twitter.com/It5zi0dtov

According to Major Layla Brunela, a spokesperson for the PM, the corporation was triggered on Monday night, when the lieutenant’s neighbors said that a silver vehicle stopped at a house and, after knocking asking to open, the military would have identified himself. and told not to open the door as a robbery would be taking place.

“The information we have is that the lieutenant lived in a nearby house or that it had already been rented by the manager of a bank in Corinth. As soon as we confirmed this information with the neighbors, we went to the military’s house and saw that everything had his weapons and car would not be at the scene. His wife started to monitor and was passing on information about the tolls where he passed, since she received notifications in real time”, detailed the military.

From there, the siege and blockade were carried out and, already in the metropolitan region of Belo Horizonte, the policeman’s car and another, which would be acting as a scout, were sighted, and then the pursuit began.

“As the suspects started shooting at the vehicle, aware of the possibility that there was a kidnapped policeman there, the military chose not to shoot back, to preserve the victim’s life. Until the suspects abandoned the vehicle with the officer. and fled to an area of ​​a park in Contagem”, detailed Major Layla.

The major reported this Tuesday morning (25) that the military was on vacation and, upon arriving home alone, was approached by three authors who were already at his house. The authors had the intent to kidnap a bank manager and were at the location because the target previously lived in the same property.

However, when the victim was approached, the suspects realized that they were a military man, who was carrying police uniforms and equipment in the car. Still with the intention of kidnapping the manager of a financial institution in Corinto, one of the suspects put on the police uniform and called the next door, which belongs to the banker’s relatives. Even at gunpoint, the lieutenant shouted that it was a robbery and that the neighbors should not open the property.

It was at that moment that the neighbors called the city police, but when the vehicles arrived at the scene, the bandits had already started their escape, which ended 200 km later, in the city of Contagem, in the metropolitan region of Belo Horizonte. The lieutenant was abandoned inside the car near the park in the Tropical neighborhood. He was handcuffed and apparently altered. In initial information, the lieutenant said that he was forced to ingest some pills. He had a change in blood pressure and needed to be sedated and admitted to a private hospital.

The trio exchanged shots with the police in the closed woods of the park, and was rescued, but all died in different hospitals.