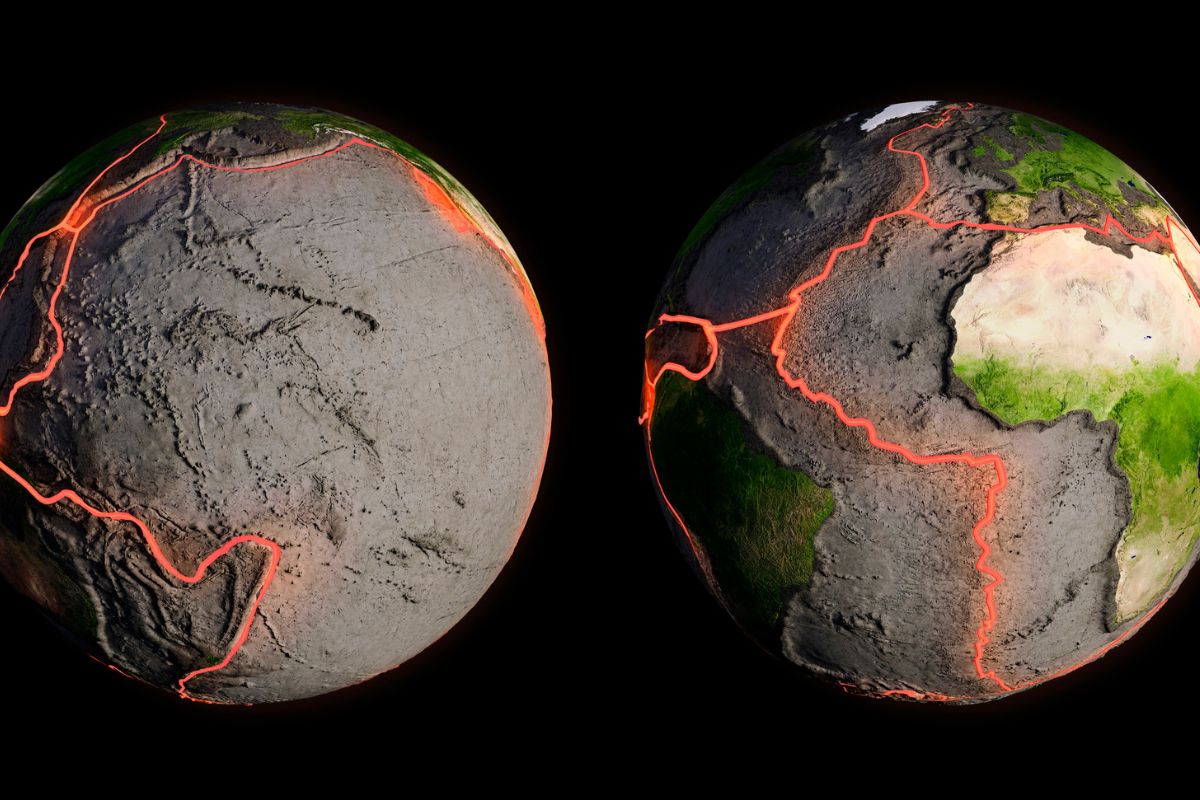 The movement of tectonic plates is directly linked to climate, tidal patterns, animal evolution, volcanic activity and metal production. Therefore, it can be said that the study of this movement is essential to understand the changes that occurred on the planet during that time.

Such a study is done through geological records, which provide data on the historical positions of tectonic plates. This study allows scientists to predict how habitable planet earth will be in the future and where we will find metallic resources.

Scientists struggled to understand this movement and its influence on the earth and managed, through a 40-second video, to demonstrate the changes in tectonic plates in a billion years.

How do the plates move?

Such movement occurs slowly and gradually, that is, it gradually influences changes in the land. It is possible to visualize that Antarctica, known worldwide for being a cold and icy place, was once a hot and ideal place to spend summer holidays.

The video allows us to visualize this slow and gradual movement in an extremely dynamic way, promoting a mesmerizing dance for your eyes in just 40 seconds.

Despite having a lot of knowledge about this movement, scientists still have some doubts about the first formation of these plates and some more specific details. They constantly fight to clear up these doubts and promote an understanding that is better every day.