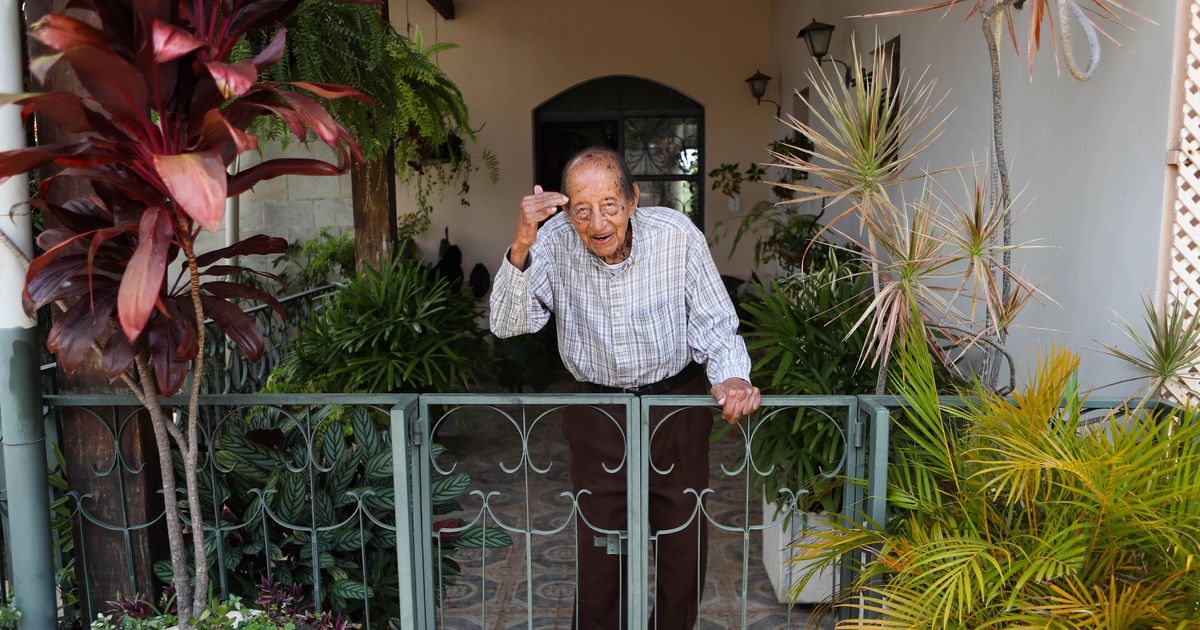 What is the secret of the centenarians who survived the covid-19?

RIO – Milton Tiago de Mello has just turned 107 in excellent health. Throughout his (long) life, the veterinary doctor never had any illness that required hospitalization. He survived the entire pandemic unscathed. Covid-19although several people in his house, including his wife, even before the vaccine be available, have had the disease.

Such resilience caught the attention of the geneticist Mayana Zatzcoordinator of the Center for Human Genome and Stem Cell Studies (CEGH-CEL), at the University of Sao Paulo (USP). She studies the centenarians in search of the genetic secrets for its longevity and resistance to Covid-19.

In a new study published in naturethe researcher found that three super elderly people who had very mild or asymptomatic forms of the disease, including Mello, have twice the frequency of some variants of the MUC22 gene – linked to the production of mucus, responsible for the lubrication and protection of the airways. Other studies had already linked the low presence of these variants to more severe cases of the disease.

The results did not impress the respondent much. “Dr. Mayana wants to believe that my longevity is related to the issue genetics”, said Mello, in a telephone interview.

I believe that resistance to diseases, including covid, depends on factors that are not genetic, but related to the environment, synthesized in the word friendship”

He highlights the coexistence with his wife, the psychiatrist Angela, 90 years old, with whom he has been married for 60 years, and with the other relatives and friends who surround him. On the walls of the house where he lives, in the Federal District, Mello collects the trophies acquired over more than a century of life. Among the most expensive for the veterinarian, the meeting with Queen Elizabeth of the United Kingdom, 20 years ago, when he was elected an honorary member of the Zoological Society of London, sponsored by the monarch. On another wall, a photo with John Paul II, in the Vatican.

“It’s not a little crap”, he said, laughing. “But by the time you’re my age, you’ll have accumulated all of that too.”

“The older a person gets, the greater the weight of genetics”, says Mayana Zatz. “Because that means she’s faced all kinds of bad weather and she’s still going strong. In other words, she has strong genetics. But it is obvious that social life and connections are very important.”

Although the elderly in general are the most vulnerable to severe cases of covid-19, some centenarians who had not been vaccinated had very mild cases of the infection or were asymptomatic, such as Milton Thiago de Mello.

The group of geneticist Mayana Zatz, from USP, studied the cases of three centenarians, over 105 years old, with these characteristics. The work revealed that, despite their advanced age, the three subjects showed a robust immune response. Furthermore, she found, none of them had genetic variants known to weaken the immune system.

The experts found that seniors who had the milder version of the disease had the same variants of MUC22 as the supercentenarians.

“We got reprogrammed cells from centenarians, derived in the laboratory for lung, heart, muscle and neuron cells,” Mayana said. “We are going to infect these strains with the two variants of the virus, delta and omicron, to better understand how these protective genes act in different tissues.”