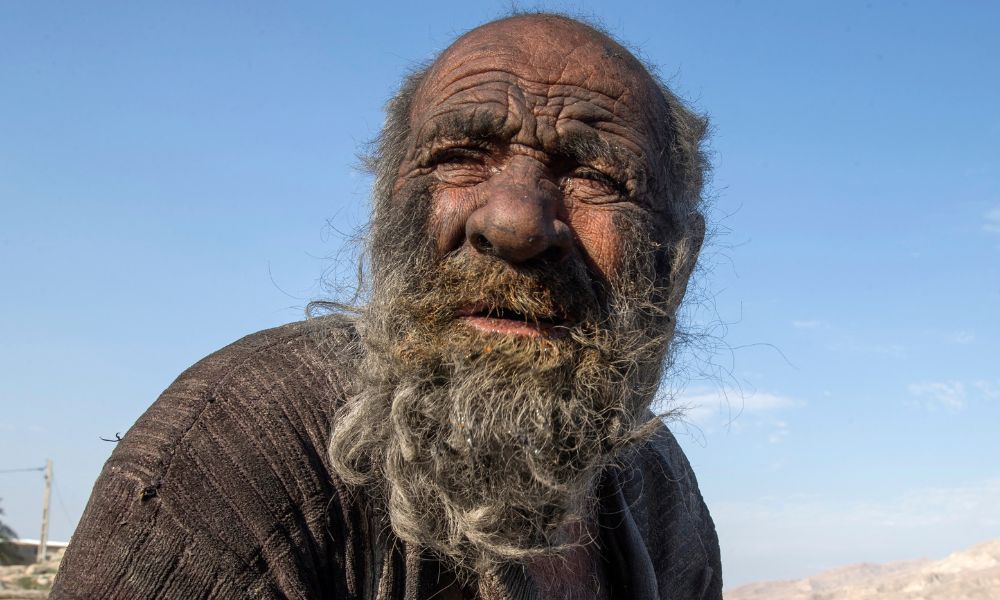 Amou Haji, 94, feared that cleaning would make him sick, but was convinced by villagers in Dejgah to clean himself.

Iranian Amou Haji, known as the dirtiest man in the world, died last Sunday, the 23rd, at the age of 94, the local press reported on Tuesday, the 25th. fear and get sick, lived in the village of Dejgah, in the province of Fars (southern Will), the IRNA news agency reported. According to them, the man was single and, months before the fatality happened, residents of the region convinced him to take the first bath in years. According to villagers, the man experienced emotional setbacks in his youth that caused him to refuse to bathe. His story aroused so much interest that in 2013, a short documentary about his life was released. The project was called “The Strange Life of Amou Haji”, according to the Iranian press. During his life, he was always covered in soot and fed on dead animals and smoked a pipe with animal droppings, according to a report in the Tehran Times.