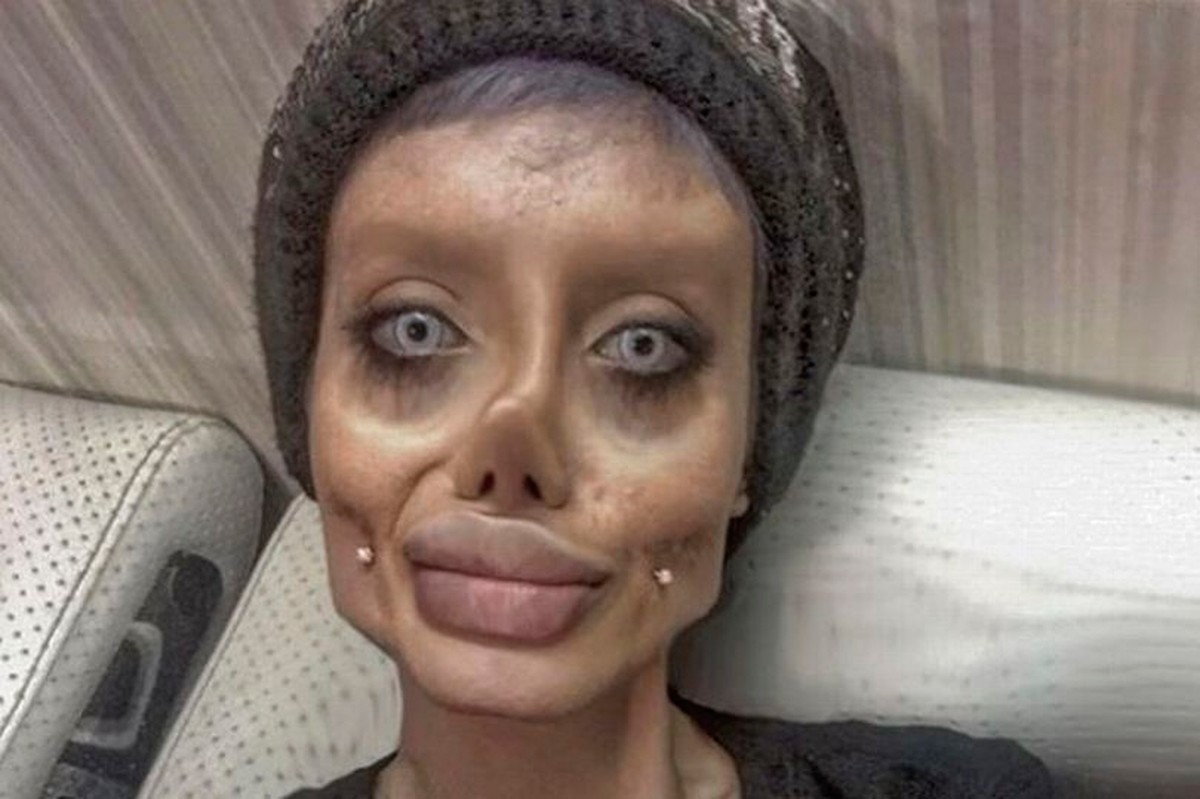 From now on, Iranian Sahar Tabar will certainly be baptized by Brazilian netizens as ‘Angelina Jolie de Taubaté’. And, look, we don’t take away the reason of whoever does it. The world famous ‘Angelina Jolie Zombie’, who won the internet with a look at least exotic that was a ‘reinterpretation’ of the Oscar-winning actress for ‘Girl, Interrupted’, appeared with a clean face, showing her true face in an interview.

The lookalike, whose real name is Sahar Tabar, has shown that she has fooled netizens for years after finally showing the public her real face, much to the surprise of people who were regular followers of her creepy Instagram posts. She assumed that she used high doses of image editors to achieve the end result that shocked and attracted a large audience.

Sahar was sentenced to ten years in prison for the crimes of “corruption” and “blasphemy”, having served 14 months of the sentence before being released due to public disturbances. In the interview, the star admitted that she has never had plastic surgery and that the images depicting the procedures and their bizarre effects were created thanks to her computer skills.

However, despite his social media background, Sahar apparently can’t use the photo-sharing app again. “I’m pretty sure I’m not going to put Instagram on my phone anymore, let alone have a page,” she said.