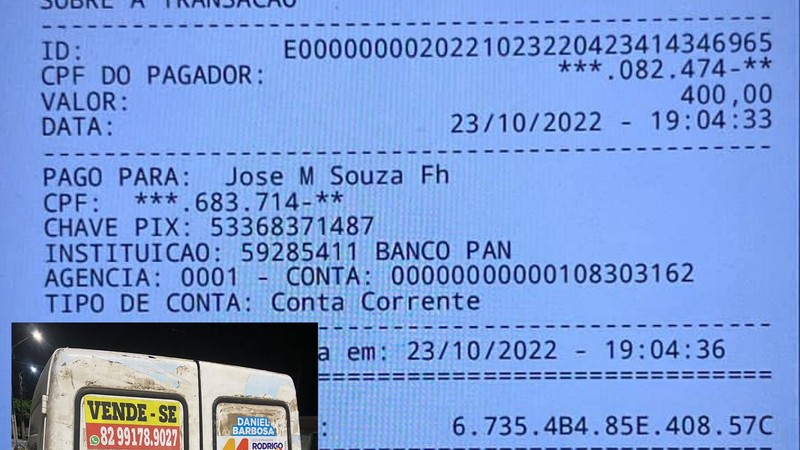 An anonymous tip led the Military Police (PM) to approach a man in the city of Arapiraca, who, in the early hours of Tuesday (25), was spreading offensive posters against the governor and reelection candidate, Paulo Dantas (MBD). With José Malaquias de Souza Filho, security agents seized a cell phone. It contained proof of payment for the service, via pix, supposedly carried out by the general coordinator of Rodrigo Cunha’s campaign (União Brasil) and former mayor of Campo Alegre, Pauline Pereira.

The case was registered at the 67th Police District in Igaci. According to the police, José Malaquias had already pasted 33 posters on properties in the municipality. The vehicle used by the applicator of propaganda was stickered with propaganda by Cunha and Davi Davino Filho, who contested the elections for the Federal Senate. In the van, nine canvas banners were also found with insults to the governor. All the material was seized by the military police.

The service call Malaquias provided with Pauline Pereira came after the telephone set was seized. On the service provider’s cell phone, the police detailed that they found dialogues with a man identified as Pedro Vieira, who would be the interlocutor of the coordinator of Cunha’s campaign.