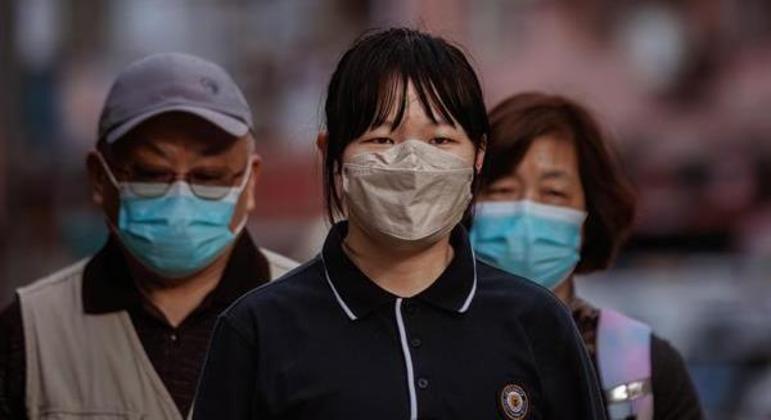 A district with almost 1 million inhabitants in the central Chinese city of Wuhan, on Wednesday (26) decreed a five-day confinement due to the resurgence of Covid-19 cases in the region.

The decision again shows how far China is from post-pandemic normalcy more than two and a half years after the city where the outbreak allegedly started was first put on lockdown.

Hanyang district has confined its 900,000 permanent residents and urged people to stay at home and not go out unless absolutely necessary.

The measures include controlling roads and closing access to the district and communities for five days, after fifteen asymptomatic cases were confirmed in the district last Tuesday (5).

In turn, the inhabitants of the district must carry out PCR tests on each of the days that the confinement lasts.

Neighborhoods in provincial capitals such as Xining (center) or Zhengzhou (center) are confined, according to testimonies on social networks collected this Wednesday by EFE.

China has been dealing for more than five months with outbreaks of the Ômicron variant, the most serious case being illustrated by the confinement of the megalopolis of Shanghai (26 million inhabitants) for more than two months.

The country’s strict measures consist of strict border controls, isolation of all those infected and their close contacts, restrictions on mobility and PCR testing campaigns whenever a case is detected.

In large cities, the practice of “standardized PCR tests” has been established, in which inhabitants have to present negative tests carried out in the last 24, 48 or 72 hours to access public places.

In addition to incalculable economic losses, these harsh measures have caused irritation and discontent among the population, which until now has largely supported this government policy.

During the 20th Congress of the Communist Party of China (CPC) held last week in Beijing, neither Xi Jinping’s speech nor the appearances of different spokespersons suggested a change in strategy.

The consultancy Capital Economics already puts its forecasts of a significant lifting of restrictions in 2024 due to the low vaccination rate among the elderly, vulnerable to the coronavirus.

According to the accounts of the country’s health institutions, since the beginning of the pandemic, 258,167 people have been infected in the country and 5,226 have died, although the total number of infected excludes asymptomatic people.

Previous With state-of-the-art equipment, aesthetic clinic bets on technology to enhance beauty in Patos de Minas
Next The Batman 2 has bad news for fans